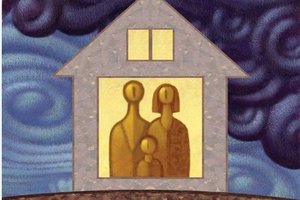 
Seventeen-year-old David sat in my office and cried. “My friend has a four-year-old sister, and I had the thought that she was cute,” he whispered. “I keep thinking I might be a pedophile. Am I a pedophile?” David had spent hours on the computer researching pedophiles and refused to talk to his friend or parents about why he was so distressed. When his mother looked at his computer, she panicked. Was her son a child molester?

As 12-year-old Jade cleaned her newly pierced ears with hydrogen peroxide, she began to worry that she might pick up the bottle, guzzle it, and kill herself. When she told her mother of her thoughts, her mother hid all the chemicals in the house and slept in her daughter’s room, fearing she was suicidal. Dad was dealing with his own depression, so Mom wondered if her daughter was now following in his footsteps.

Bethany, a friendly and affectionate nine-year-old, suddenly began refusing to have any physical contact with her parents. Her mother became increasingly distraught as Bethany screamed whenever her mother came close or asked for a hug. Mom’s alarm and confusion peaked when she discovered that Bethany was sleeping on her wood floor with no pillow or blanket.

Madeline’s kindergarten teacher noticed a strange behavior emerge a few weeks into the school year: Madeline would lift her chin in the air, take several quick breaths, and repeat this action multiple times. Thinking Madeline was developing asthma or some sort of tic,…