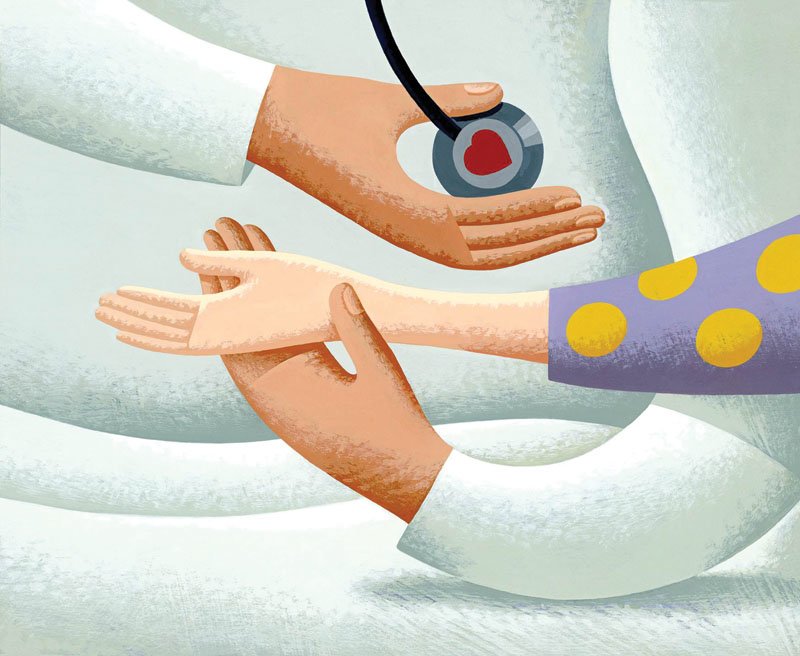 The Bonds that Sustain Us: A Family Weathers a Time of Uncertainty


It was late summer, and I was sitting at my desk when my wife, Bonnie, called. She’d just taken our 8-year-old daughter Emily for her school physical. Bonnie’s voice quavered as she told me that our family physician had heard something “loud and unusual” in Emily’s chest. She recommended that we see a pediatric cardiologist. I sat stunned, trying to digest this news, so out of the blue, so unsettling, that I didn’t want to believe it.

At the appointment with the cardiologist shortly afterward, we were at first buoyed by his upbeat manner as he reviewed Emily’s EKG, which seemed normal. But his jocularity dissolved into somberness as he listened to Emily’s chest. Something was wrong. Next was the echocardiogram. We sat glued to the monitor, watching the beating of our daughter’s heart, wondering what it meant. Then the cardiologist confirmed what we feared—there was a problem.

He took out his paper tablet with a human heart stenciled on each page and began to draw as he explained what was wrong. Emily had a patent (open) ductus arteriosus. This is a vessel that substitutes for the lungs while a baby is still in utero. Once a baby is born and the lungs take over, the vessel is no longer needed and, in people with normally functioning hearts, it closes. In Emily’s case, the vessel never closed. As he explained the dangers of an open vessel, including infection, heart failure, and arterial hypertension, I felt a massive knot forming in my stomach.