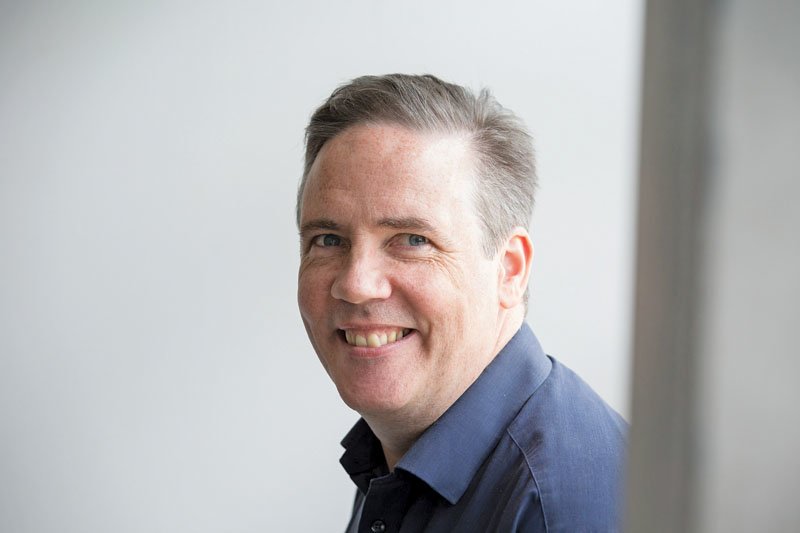 Examining the Science of Torture: The Price of Coercive Interrogation


Why Torture Doesn’t Work: The Neuroscience of Interrogation

In 2014, Pulitzer Prize–winning New York Times journalist James Risen made headlines by revealing that the American Psychological Association (APA) had supported and helped legitimize the Bush administration’s use of torture in its post 9/11 war on terror. After first dismissing the claims, the APA commissioned an independent committee to investigate the allegations. That committee’s 542-page report, which appeared in July 2015, documented the truth of everything Risen had reported.

The APA had indeed secretly collaborated with the Department of Defense, the Central Intelligence Agency, and the White House, the report found. In cooperating with these agencies, the APA had reinterpreted its professional code of ethics to allow military psychologists to participate in national security interrogations, even those that used so-called enhanced interrogation techniques (EIT), made infamous at the Abu Ghraib prison in Iraq and at Guantánamo. This enabled the government to argue that the sessions, because mental health professionals were monitoring them, were safe and therefore technically not torture. By contrast, the American Psychiatric Association, the American Medical Association, and the American Nursing Association had all declined to assist the government, each citing its ethical guidelines best summed up as “first, do no harm.”

After the report’s release, the APA apologized, several officials resigned or were fired, and its governing board banned the direct participation of psychologists in all national security interrogations, including Guantánamo and other prison sites. Yet the issue remains controversial, with the Pentagon continuing to ask the APA to reconsider its prohibition.

In one of many unnerving conclusions, the report found “little evidence of analyses or discussions about the best or right ethical position to take in light of the nature of the profession and the special skill that psychologists possess regarding how our minds and emotions work—a special skill that presumably allows psychologists to be especially good at both healing and harming.” Nor did they apparently spend much time researching or weighing any available evidence or historical accounts about torture’s actual utility in compelling suspects to confess. But Shane O’Mara, professor of experimental brain research at Trinity College, Dublin, and director of the Trinity College Institute of Neuroscience, has done so. His findings appear in his new book, Why Torture Doesn’t Work: The Neuroscience of Interrogation, and they’re devastating.

O’Mara doesn’t hide his abhorrence of torture, but he leaves ethical arguments against it to experts in that field. Instead, he’s set himself the task of assessing the science behind a major justification for the use of torture, which is, he writes, “to motivate captives to reveal information intentionally withheld under normal interrogation.” In other words, does torture actually work?

In 1798, Napoleon answered the question succinctly by declaring, “The barbarous custom of having men beaten who are suspected of having important secrets to reveal must be abolished. It has always been recognized that this way of interrogating men, by putting them to torture, produces nothing worthwhile. The poor wretches say anything that comes into their mind and what they think the interrogator wishes to know.”

Using a broad swath of scientific, psychological, and medical evidence about brain function, O’Mara ultimately concludes the same thing. But since testing actual torture techniques on humans would be unethical and immoral, one might reasonably wonder what the sources of O’Mara’s data are. His research, he writes, is “grounded in what we know about what happens within the brain as a result of the imposition of the chronic, severe, and extreme stressor states used in torture.” For instance, he mines a mountain of studies conducted on rodents and monkeys from which the human impact of torture techniques can be extrapolated.

He takes us through brain-imaging studies of humans to help us understand the “pain matrix” of different areas of the brain involved in sensing and responding to pain—areas that are subject to grave damage by EITs. He explains the ways in which the prolonged release of stress hormones negatively affects the hippocampus and prefrontal cortex, degrading memories, even if a detainee has information to remember. He draws on a plethora of sleep research (often conducted in sleep labs) showing the severe impact of sleep deprivation on human cognitive functions, including memory. He similarly cites studies of simulated drowning to show that depriving the brain of oxygen also does the opposite of enhancing memory. He details the multitude of noxious, deadening effects on brain functioning and cognition caused by cooling, heating, and starving. His descriptions of the psychological and physical impact of torture are chilling to read.

Given all this evidence, one can’t help but wonder: on what premise did the post-9/11 terror experts base their belief in the information-gathering efficacy of torture? Not on factual evidence, concludes O’Mara, but on assumptions and intuitions often derived from popular culture, especially Hollywood movies and TV series, in which cruel and coercive tactics regularly succeed in loosening tongues in time to prevent an imminent attack or defuse a ticking bomb. “It appears to be the case . . . that one popular television series, 24, profoundly influenced interrogation practice,” O’Mara writes, quoting an interrogator as admitting that the character Jack Bauer “gave people lots of ideas.”

The trouble is, these ideas are contrary to reality. O’Mara systematically separates the neuroscientific facts from the false assumptions of fiction and fantasy to show that torture doesn’t—and given our physiological and neurological limits alone, can’t—yield the supposed goal of eliciting information. Rather, “torture has more or less exactly opposing effects to those intended,” O’Mara writes. The reason: it “negatively affects the brain systems concerned with intention, motivation, stress, mood, and memory,” shutting down the very brain regions that need to function at full throttle to call up the kind of detailed information interrogators seek.

O’Mara delves into—and disproves—another popular misconception about memory that goes against the reality: that it’s like a video recorder that can be rewound to a particular moment and then replayed as it actually happened, so interrogators just need to force the detainee to get to that spot. As O’Mara points out, numerous psychological studies have shown that memory doesn’t work that way. Rather than indelibly recording forever what happens, memory is fragile, fallible, and unreliable, subject to decay and distortion by any number of psychological and situational factors, including suggestibility, the conflation of other events, and the passage of time—and all that even before physical and psychological stresses are applied.

And even when extreme measures do yield information, its credibility must always be questioned: was it provided only in the hope of ending extreme interrogation tactics? TV scripts to the contrary, there’s no scientific proof whatsoever that there’s some independent check on whether someone is telling the truth. Neither lie-detector tests nor brain scans can verify or disprove whether someone’s lying. So, weighing all these real costs and doubts against almost no benefits, O’Mara arrives at a conclusion quite different from the one that 24’s Jack Bauer would lead us to believe: torture doesn’t work, and its methods leave wreckage behind.

That wreckage includes the emotional trauma that torture leaves on torturers themselves. Studies record PTSD, guilt, and remorse in soldiers and interrogators who’ve returned to civilian life, even if, at the time of the interrogation, the torturer believed such actions were in the service of the greater good. Discussing the impact of torture on torturers, O’Mara turns to the controversial obedience studies by Stanley Milgram, in which subjects were asked to give what they were told were painful electric shocks, in increasing voltage, to another human, as well as to the similarly controversial prison studies conducted by Philip Zimbardo, in which college students role-playing as guards quickly fell into patterns of abuse in dealing with students who were the designated prisoners.

O’Mara quotes a former Guantánamo interrogator’s description of the step-by-step internal process by which engaging in torture damages the torturer: “The starting point for torture is the dehumanization of a detainee. . . . Once the detainee’s human status no longer matters in the mind of the torturer, he or she can unleash personal, even national, aggression. The detainee is subjected to suffering, and the torturer lets go of reason, one of the marks of humanity, and descends into rage.” Such rage suggests the true, underlying, unstated purpose of torture, whatever rationale is given: to inflict vengeance.

Finding the way to return from such darkness to a position of compassion isn’t easy, which leads to the final question O’Mara poses: are there effective humane ways to conduct interviews with detainees? His answer: focus on talking, build rapport, and surprise detainees by not using coercive techniques. Prepare and train for interrogation sessions through role-play. Change the purpose of the interview from eliciting a specific confession to gathering as much information as possible about the detainee’s life, social connections, and activities. And research what works—and doesn’t work—rather than make assumptions that ultimately cause damage.

O’Mara is thorough, but nonprofessionals (like me) may at times find his review of the scientific literature overly detailed and technical. At the same time, some passages steam with his anger and outrage over the abuses perpetrated under the Orwellian euphemism of EITs. I wish he’d found a better balance between such sharply contrasting tones. With its unrelenting focus on the physiological damage and psychic injuries that result from torture, this book can be tough going emotionally. But then again, as O’Mara demonstrates so thoroughly, the subject of torture is a tough one to confront.

Contributing Editor Diane Cole is the author of the memoir After Great Pain: A New Life Emerges, and writes for many national publications, including The Wall Street Journal and NPR online. Contact:djcole86@gmail.com.

Tell us what you think about this article by emailing letters@psychnetworker.org. Want to earn CE hours for reading it? Visit our website and take the Networker CE Quiz.

Thank you, Diane Cole, for this detailed book review! How could we get this into the hands of those who make decisions about torture,and to politicians who employ companies to carry out torture (as it happened in Guantanamo) ? With appreciation, G.Uhl (Germany)