The Unlikely Case for Exposure Therapy

Calling Up Qualities of Strength and Resilience in Anxious Clients 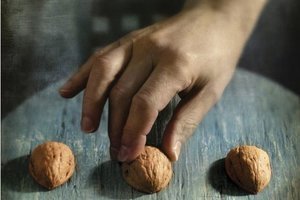 Anxiety and its next of kin, fear, are arguably the oldest, most basic human emotions, bequeathed to us by a vast history of prehominid ancestors. We owe our survival as Homo sapiens to these emotions, which were literally built into our nervous systems as an evolutionary hedge against extinction. Yet today, while still protecting us from genuine danger, they’ve morphed into a multitude of extraneous and dysfunctional afflictions—panic disorder, obsessive-compulsive disorder, phobias, and all-purpose generalized anxiety disorder (summoning up anxieties on any and all occasions)—the only effect of which seems to be to torment us pointlessly.

When I began my practice, psychotherapists still knew precious little about anxiety, even though it was probably the commonest form of suffering among the clients we saw. When it came to working with anxious clients, my own biggest asset was my experience, early in my career, of treating chronic pain patients in a hospital setting. I discovered that there were a number of similarities between the way people handle chronic pain and the way they handle anxiety symptoms. Those in chronic pain will anticipate their next pain episode with dread, so even though an episode might last only 10 minutes twice a day, it can dominate a pain patient’s waking hours.

Once I realized that I could substitute “panic attack” for “pain episode,” I began to get my bearings on treating panic. I started by teaching clients formal relaxation, although I knew from my struggles with pain patients that, while relaxation could help some, it would never be enough. Additionally, I expected to use systematic desensitization, because it had worked well for the few clients I’d seen who’d had specific phobias. But with clients who feared panic, the method failed me. Since a panic attack arrives so unexpectedly, the client instantly becomes aroused to the highest degree and feels out of control. I couldn’t seem to undo that reflexive response by pairing relaxation with anxiety-provoking imagery of the event. Clients felt too scared to trust that these relaxation and desensitization skills would protect them.

After that rude awakening, I started searching for clinical studies on anxiety. I didn’t have to look long, because the research field was beginning to explode. Studies on systematic desensitization confirmed what I’d noticed: it yielded a small improvement, but, nothing too noteworthy. Replacing systematic desensitization was the new field of exposure-based therapy. Instead of training subjects to relax as they faced an image of the feared situation, researchers of this cutting-edge treatment asked subjects to expose themselves systematically to the situations they were avoiding, let themselves become anxious, and remain in the threatening situation. With each practice, researchers encouraged subjects to linger longer in the feared environment or move farther away from their safe zones. With time and repetition, their panic attacks subsided, and they could return to many of their previously avoided locations.

Then came a paper by Temple University therapists Edna Foa and Michael Kozak that suggested that exposure therapy might extend to all anxiety disorders. In 1986, they published what has become one of the most frequently cited psychology articles of all time, “Emotional Processing of Fear: Exposure to Corrective Information.” This paper looked past the study of panic to the nature of fear itself.

Foa and Kozak’s theory was that people who develop an anxiety disorder hold on to distorted information about themselves or their environment, which causes them distress. The faulty information is contained within the strong threatening feelings that are associated with their specific fear—what the authors called the “fear structure.” They postulated that the only way for anxious clients to incorporate corrective information was for them to access the intense arousal associated with that specific fear and then linger in that state long enough, without blocking or muting their thoughts or feelings, to learn at a primal level that they’re safe.

Foa and Kozak’s theory helped me begin to see that, in order to improve, clients needed to experience close to the strongest level of anxiety they ever had in a feared situation, and stay in that situation much longer than I’d been suggesting. However, I had to confront my own timidity about assigning long, hard exposure practices. I was afraid that if I pushed clients, I’d chase them away. But when I went easy on my most troubled clients, letting them gradually work their way up their hierarchy of fears, they tended to drop out before making any gains. I decided to become more directive in my work, although I was still concerned about losing clients.

In 1988, I developed a brief-treatment protocol for individuals who feared flying. To find out what would happen if I reduced my attention to the details of each client’s problems, focused on the broader principles of recovery, and encouraged clients to take greater ownership of their recovery plan, I designed a two-day group treatment for fearful fliers. A staff member from the corporate offices of American Airlines participated in the third group I held, and benefited from the treatment. Six months later, American contracted me to create a national program. Soon my weekend treatment group grew to 25 participants at a time. The weekend culminated in two round-trip “graduation flights” on Sunday afternoon.

I treated this crowd of clients using three central principles of cognitive-behavioral therapy (CBT) for anxiety disorders. The first principle is to convince clients that their anxiety stems from an exaggerated appraisal of the threat. One of the biggest obstacles to treatment is clients’ catastrophic belief that something terrible is going to happen, and they won’t be able to handle it. CBT strategies help clients reframe the severity of the problem they’re facing so it becomes something they can handle. The socially anxious client might be embarrassed to stumble over his words, but he doesn’t need to perceive himself as humiliated. The agoraphobic who’s in good health might have a panic attack, but not a heart attack.

The first task of the team leaders—a senior pilot with American, a recovered fearful flier, and me—was to address the participants whose fears related to safety. We helped them become more familiar with pilot training, maintenance schedules, and airline safety records. Then we addressed the issues of those who were more concerned with their own anxiety by reframing their symptoms as normal and harmless features of the fight-or-flight response.

A second principle of CBT for anxiety is to dissuade clients from struggling against their anxious sensations. Since we’re asking them to enter situations that they perceive as threatening, they need to expect that anxiety will come with the territory. If they fight and resist feeling anxious, paradoxically, they’ll feel more anxiety. We encourage them to replace this demand with an accepting attitude like, “I can allow myself to feel anxious here.”

In the flying program, after we challenged their catastrophic beliefs, we worked specifically on shifting their attitude about their anxiety to, “I can handle my anxiety, because I know my fears are exaggerated.” We also taught them several skills to help them control panic, instead of trying to eliminate all anxiety.

A third principle of CBT for anxiety disorders is to counsel clients that the best way to turn off their “fear program” is to confront the feared event. In this case, the confrontation was in the form of taking a commercial flight. Their job was to enter and remain in the feared environment—to take the flight—while holding on to that attitude of acceptance: “It’s OK for me to be anxious. I can handle it.”

This project pushed my persuasive skills to the limit, but that was my objective. I wanted to find out how efficiently and quickly I could hand over a therapeutic protocol to clients so they could change their actions. About 80 percent of those who took the course completed the two graduation flights on Sunday afternoon. Some had refused to fly for more than a decade, so it was a huge accomplishment for them. It showed me that anxious clients can absorb some basic principles, learn to trust their validity, and then take major steps toward confronting their anxiety without a lot of handholding from a therapist.

I defer to clients because my ultimate goal is to hand everything over to them. If they can participate in the construction of the protocol, they can “own it.” If they own it, they can continue to use it in the future. This is the piece that so often gets lost in exposure treatment. Evidence-based CBT relies on a formula. Therapists describe how clients can recover from the disorder through repeated, graduated exposure to their fears over a number of weeks. Then they present the treatment steps and give the instructions for each step. Such therapists figuratively, and sometimes literally, “follow the manual.” This can cause them to lose track of an essential task: helping clients metabolize the strategy.

My intention with clients is to gain rapport by reflecting back how they currently perceive their relationship with uncertainty and discomfort, and acknowledging that it makes perfect sense to me that they’ve decided to be so intimidated. I find out if they have any specific themes that need to be addressed. This is standard CBT fare, but I’m not interested in lingering on this: I want to address  specific fears and put them behind us. I use those conflicts to introduce the higher-level theme of their relationship to doubt and distress.

When we get to the treatment plan, we build it together, piece by piece. I impose nothing on the client. Still, I take time to persuade all clients about the merits of habituation: frequent, intense, long exposures to the fear will reduce the threat. But my goal isn’t habituation. I take advantage of the logic of habituation—the necessity to go toward what they’re afraid of—to introduce the possibility of a new response to their feelings of intense distress and uncertainty. I often represent it by one of two messages: “This is hard, and I want it” and “I can take the hit.”

Surely, our psychodynamic forefathers and mothers would be appalled at the idea that a legitimate therapist—and not an outright sadist!—would design a treatment based on instructing clients to ramp up their fears past the point of bearing while telling themselves (through chattering teeth) how much they welcome the experience. Make no mistake: compared to the soothing ambience of the typical clinical encounter, this is therapy from the school of hard knocks and tough love.

Why does such a counterintuitive form of therapy work at all, much less exceptionally well, often when other approaches have failed? For one thing, it calls up qualities of strength and resilience in clients that therapists often miss. In this profession, we’ve perhaps become a little too used to thinking of our clients as fragile, wounded souls, who need more to be swaddled and protected and comforted than encouraged and challenged. I understand that perspective: as a therapist, the last thing I ever wanted to do was make my clients feel worse, particularly if I wasn’t sure there’d be an equivalent payoff for them at the end. But since I started down this path, I’ve been awed by my clients’ ability to summon up the personal courage, gritty determination, and willingness to try anything to surmount their fears, regardless of the costs in discomfort and unpleasantness. They’ve given me the strength to carry on, more than the other way around.

This blog is excerpted from "The Anxiety Game," by Reid Wilson. The full version is available in the January/February 2013 issue, Treating the Anxious Client: New Directions for Psychotherapy's Most Common Problem.