A Story of One Woman’s Journey for Help 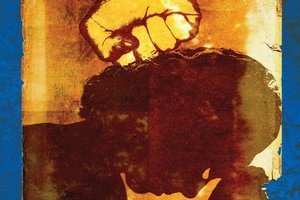 Long before I’d ever heard the word archetype, I discovered a defining myth for my life in the story of the Athenian hero Theseus and his cunning plan to slay the Minotaur. This fearsome monster, half-man and half-bull, was caged in a structure of tangled, dead-end pathways called the Labyrinth. Young men and women were periodically forced inside as sacrifices to feed the beast, never to return. Until Theseus. With help from Princess Ariadne, who instructed him to unwind a ball of thread to trace his pathway in and guide his safe return, Theseus boldly entered the Labyrinth, killed the Minotaur, and lived to tell his triumphant tale.

My fascination with this myth may have originated with my yearning to find a way out of what seemed like inescapable family dysfunction—a father who constantly belittled my mother and treated me as a second-class child compared to my older brothers—but it wasn’t until my husband, Peter, became seriously ill with HIV in the mid-1980s that I really descended into a Labyrinth of my own.

But even with this new challenge, I felt I had my life mostly under control, because I’d surmounted so many traumatic events in my childhood and youth, including the death of my mother from colon cancer at the age of 58, being held hostage for 39 hours at my workplace at the B’nai B’rith Building in Washington, DC, and two pregnancy losses before Peter and I adopted our son, Edward. In fact, I gained a reputation for staying cool under pressure, and to my friends, I became known as a trooper who always found a way when plans went awry to figure things out and go forward with a game smile.

But, beneath the surface, in the labyrinth of my brain, an entire subculture of irrational worries, self-doubts, and bizarre fears was wildly proliferating. For instance, cleaning out my pantry one afternoon, I came across a jar of tartar sauce, unopened, which I knew I’d never use. I offered it to our cleaning-lady, who took it home. That evening, I was seized by the overwhelming fear that this jar somehow might be contaminated by botulism. It didn’t matter how improbable this fear was, I couldn’t stop it. I began calling every hour, then every half-hour, then 20 minutes, until I reached her and insisted she throw it out. I knew she thought I was crazy. I thought I was crazy. A few months later, a similar worry burbled up: I’d regifted an unopened set of Crabtree & Evelyn bath accessories as a present to my mother-in-law. Suddenly, I was overtaken by the possibility that dangerous bacteria may have somehow contaminated the soap and shampoo during the short time they were sitting, untouched, in a closet. Too embarrassed to call her myself, I enlisted Peter to call his mother to explain that she should throw the package away. I can’t recall us ever discussing this curious incident. Did Peter or my mother-in-law or I perceive anything odd about my concern with contamination?

But to be sure, intrusive thoughts had long begun to slither into my brain. I’m pained to count the ways and forms in which these themes and variations on self-doubt, self-blame, and shame plagued me. Soon after my mother died, for instance, I began suffering from occasional recurring thoughts and guilt about whether there was anything further I could’ve done to help her. This despite having visited her every day—and yet, wasn’t there the time she called to ask me to drive her somewhere, and I said no because I was on deadline to finish a graduate school paper? How could I have put that ahead of the deadline her illness had given her?

Perhaps, I thought, if I simply acted happy, I’d be happy. So on our wedding anniversary, my husband and I celebrated by going to a theater matinee of Stephen Sondheim’s Passion. It was a beautiful, surprisingly cool early August afternoon and we decided to walk home, through Central Park. When we returned home, I sat down in my home office, and found myself shaking, trembling, crying, seemingly without reason.

“What’s wrong, Diane? I don’t understand! Snap out of it!” Peter said.

“You don’t understand,” I replied. “As hard as I fight against it, I can’t snap out of it.”

To which he threw his hands in the air and walked out of the room, shaking his head, “That’s right. I don’t understand.”

And why would he be able to understand when I myself could not? And no one else could, either, even someone supposedly trained to understand? Could no one help me? A new thought took hold of me: maybe I should check myself into a hospital. Surely there must be some expert somewhere who knew what I was suffering from.

Fortunately, I ran into a neighbor soon after who was a psychotherapist, and who recognized immediately upon seeing me that I was in distress. After listening to my story, she referred me to a psychiatrist and urged me to call. That’s how I met Dr. S., who listened to my whole story, and on my second visit, prescribed a starting dosage for Zoloft, an antidepressant known for helping quell ruminative thoughts. Her diagnosis was major depression, combined with anxiety and OCD ruminations. So there was not only a name for what was plaguing me—but also a treatment.

Slowly, the pressure on my brain began to lift. For the first time in months, I could fall asleep on my own, without the aid of Ambien or a glass of wine. My obsessive thoughts began to decrease in frequency and intensity—small outbursts would dissipate rather than turn into raging duels in my brain that would last for hours. The faint slant of light from the outside was growing brighter. A sense of perspective returned. Instead of being crouched over on the stage of my life, I could now stand back in different parts of the theater to consider the different acts and passages with a different focus and broader viewpoints.

Only then, after the SSRI had had enough time to calm my thoughts, was talk therapy able to help me begin to take control of the various emotional threads of my life that had helped propel me so deep into the labyrinth of OCD. Just as one needs to reset a broken bone before physical therapy, I needed Zoloft to reset my brain before talk therapy could help me find my way out of my OCD labyrinth.

What strikes me now is how very complex a condition like OCD is. On the one hand, it’s a physiological phenomenon, whose biological roots needed to be addressed, but also it’s a kind of malign extension of the very mental qualities on which I prided myself: conscientiousness, responsibility, reliability, maybe even a certain perfectionism, which isn’t always bad. It also drew on the most painful aspects of my own personal family history. Mix all these ingredients and you concoct a brew that’s at once tasty and toxic, familiar and deadly.

What I’ve learned most of all, through the years, is the need to act as my own Ariadne, my own ball of thread, to help lead me back through the maze. I’ve accepted the probability that I’ll remain on Zoloft or related antidepressants for the rest of my life. And I’m grateful that instead of OCD possessing me, trapping me within its maze, I can mostly now control it. Make no mistake—I know I haven’t escaped it completely. But these days I think of the maze more as a neighboring structure that lives outside of me, rather than one that invades and inhabits me. Similarly, the Minotaur may not be entirely tame, but it no longer stalks me so insistently. I know all too well from experience that when the stresses of work or life grow too strong, the Minotaur won’t be shy about trying to lure me back in. The difference is I now know I have a ball of many threads to lead me back out into life again.

Contributing Editor Diane Cole is the author of the memoir After Great Pain: A New Life Emerges, and writes for many national publications, including The Wall Street Journal and NPR online.

This blog is excerpted from "Learning to Manage the OCD Bully" by Diane Cole. The full version is available in the July/August 2016 issue, OCD: Is There Any Way to Turn It Off?

Get the lastest issue of Psychotherapy Networker