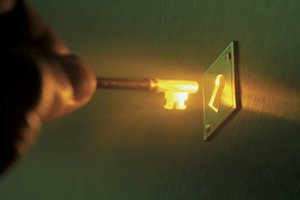 This approach reminds me of the use of paradoxical interventions I learned decades ago in my social work internship. They worked powerfully and now, with the research on memory reconsolidation, I understand better why that is so.

This is very confusing. The article begins with so-called news that the impossible has become quite possible: implicit memory can be unlocked, contradicted, and relocked (consolidated). In the case cited, insecure attachment is said to be an implicit schema. That s only partly true. Attachment includes both implicit and explicit elements. In secure attachment, implicit feelings are linked to unconscious relational vagus system calming (ref: Stephen Porges) which may be linked as well to explicit memory of a challenging situation. In insecure attachment, implicit feelings are not adequately linked to relational calming; the unconscious arousal regulation system is underdeveloped. If Carol was insecurely attached, so what? That is the case with many people. They simply lack internal working models of relationship to automatically and unconsciously regulate arousal. This leaves them needed to regulate arousal via control of situations, relationships, and if control is inadequate, to turn to avoid, stay distracted,, or dissociate. Doesn’t every experience create both implicit and explicit memory elements? The writer claims the masterbation encounter with the mother created an unconscious, and thus implicit, memory. I see no reason to regard what is unconscious of as necessarily implicit. Implicit memories can be conscious or unconscious. So can explicit memories. The writer proposes that finding sex pleasurable caused an unacceptable identification with her mother. But, can’t we assume that Carol already disliked being identified with there mother? And can we assume that Carol already knew her mother liked sex. So, the so-called implicit learning in the masterbation encounter did not involve new learning about those facts. The only possible new learning was learning that the family lacks sexual boundaries. There is nothing implicit about that. I’m mystified as to how an interpretation along the lines as have been done for over one-hundred years is supposed to illustrate a breakthrough in memory revision. But, the interpretation, though it helped, was off base. Secure attachment requires non-judgmental responsiveness by the primary caregiver. With insecure attachment to the mother, Carol’s feelings were judged by her mother. Automatic judgment, means automatic condemnation (or shame). By being observed having sexual feelings, Carole's relationship with her mother made her feel automatically judged, and thus automatically condemned for having feelings, which caused Carol shame, regardless of the mother’s stated joy. That, most likely, was unconscious. But implicit? I don't get it. This does not approach the kind of implicit learning caused by when by trauma in a situation that cannot be escaped causes the brain to partly shut down and inadequately record the event. Maybe someday there will be treatment that unlocks traumatic implicit memory, but this example has nothing to do with that.