Is Parental Authority a Thing of the Past?

Fostering Parent Circles Can Demystify the Challenges of Raising Kids 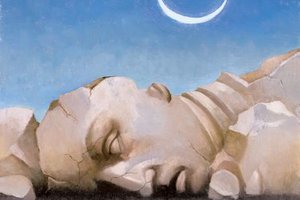 On a day long before the Occupy Wall Street Movement began, I met with a large group of 21st-century child professionals who were on a tear about the multiple inadequacies of today’s mothers and fathers. Sparks of indignation about parents’ inability or refusal to take charge of their kids—to create any kind of appropriate hierarchy in the family—lit up the auditorium. “They’re scared of their own children!” one proclaimed to nods of agreement all around. “If I ever said just one thing to my parents the way they allow their kids to talk to them every single day, I know exactly what would have happened to me!” said another. The general consensus was that today’s parents had become a “doormat generation” to their own kids, and that they were resisting all efforts by well-meaning professionals to help them grow parental backbones. It was enough to make one’s head spin.

Well, until later. That evening, I met with hundreds of parents from the same community. In a weirdly antiphonal response to what I’d heard earlier in the day, they rocked the school auditorium with their complaints of how hard—no, impossible—it was to be a parent today. School was a bureaucratic, relentlessly demanding, social and academic rat race that wasn’t even preparing their kids for the future. A vast and frightening Internet culture was hijacking their kids, and they were helpless to do much about it. These parents said they were trying so hard to make ends meet that they had little time left over just to be with their kids, much less maintain consistent authority over their lives.

Besides the more familiar complaints, these parents railed against accusations that they weren’t trying to take charge of their own children and teens, even as they admitted just how hard that had become. It was as though the earlier meeting with school administrators and educators had been bugged. In fact, the parents made clear that they wanted to be more effective and engaged, but were blocked not only by social forces, but by the very childrearing system that was supposed to prepare their children for adulthood. More and more, the collective verdict was clear: the conveyor belt of 21st-century childrearing was seizing up, and the academic and therapeutic professionals working with children “just weren’t getting it.”

Our therapeutic gaze often seems to pass right over the broader parent-subverting social and economic forces that shape our therapeutic work, to focus almost exclusively on what individual parents are doing wrong. Of course, therapy is personal. We can’t change the economy or revoke the malignant effects of cyber technology or unilaterally humanize school culture. We can, however, take a hard look at mothers’ and fathers’ view of the world, connect more effectively with them, and—who knows?—even begin to help them negotiate the daunting challenges they’re facing in a childrearing context gone wild.

“How can I get my child to not go to midweek concerts when almost everyone else in the school is going?” “It’s one thing to tell my kids not to drink and drive, but how can I stop them from texting while they’re driving?” “You tell us that we should limit screen time, but how can we when half of the homework in elementary school is online?” “When my preteen son calls me from anywhere on his phone, how can I be certain he’s really where he says he is?”

These are just a few of the questions I increasingly hear from parents and groups across the country. On top of losing faith in a secure future, mothers and fathers deal with everyday dilemmas that make a joke of traditional rules and childrearing practices. Unfortunately, many therapists still seem to believe that reliable solutions to the problems families face can be readily found in our psychodynamic, family, or standard evidence-based protocols. The rampant “medicalization of childhood”—our attempt to assist kids in getting the help they need to grow up in today’s tumultuous world by assigning more and more DSM diagnoses—doesn’t instill parental confidence either.

By the time kids are 18, at least half of them have already received a psychological diagnosis. While many mothers and fathers have become psychological sleuths, searching their child’s behavior for any sign of disorder, others continue to believe that the only thing wrong with kids is a lack of discipline. All the while, it becomes harder and harder to distinguish between psychological aberrations and the peculiar 21st-century context in which kids are growing up.

The Choreography of Community Change

What most overwhelmed parents of out-of-control kids need—just as much as psychotherapy—is a strong, vibrant community that includes other parents. Parents need help and encouragement in authority building, and we have the skills to help them, but, unfortunately, it’s an occupational hazard of our profession to sit in an office or agency or hospital, expecting people to come to us, because it removes us from where the real action is. As therapists, I believe we’re uniquely suited to stretch our therapeutic frame into the wider world and help parents construct viable, supportive, 21st-century communities among themselves. After all, we know and work with the key figures and main stakeholders—kids, parents, and school personnel—and we have the skills to build sturdy bridges between these parts of the system, too often isolated and antagonistic toward each other. The question is: how do we begin?

A Community of Learners

I’ve found that the first step in the choreography of change is recognizing the importance of what Harvard Medical School professor Alvin Poussaint calls natural “chit-chat.” According to Poussaint, mental health workers underestimate the importance of having people discuss ordinary concerns on their own turf—in churches, synagogues, and community centers. However, the more at ease parents become talking with other parents, as well as school personnel, the more self-confident they become, and the more personal authority they’ll be able to muster with their own kids. There’s nothing like understanding that you’re not alone to raise the spirits and strengthen the spine.

Parent peer groups can serve as “park bench” communities that are antidotes to the fragmentation of modern neighborhood life. At one large suburban public school in the Northeast where I consulted, a guidance counselor initiated a parent group that became so popular that in almost no time it spun off five other groups—one for almost every grade. Listening to their stories, the counselor not only heard parents’ homespun strategies—have her turn off an alarm when she gets home at night, because if she doesn’t, you’ll know she’s late; spend two minutes of quiet time with the child who can’t leave in the morning; kick the 3-year-old out of your bed at night and let him cry—but also was able to uncover hidden eating disorders and undiagnosed learning issues.

Simple, easy conversation is essential, but it’s just a start in dealing with 21st-century uncertainty, fear, and cynicism. At some point, park-bench dialogue is insufficient: the adults in the neighborhood must collaborate to build a new town square if kids are going to feel held by them. So, increasingly, parents are approaching school administrators to initiate parent–school partnerships. The key moment of transformation in such partnerships is often when, instead of focusing on children, the adults begin to focus on changing themselves. At that point, these groups become what I call a “community of learners,” as members decide to explore themes that touch all of their lives—diversity awareness, bully programs, or easing the viselike pressures of 21st-century life—and learn from each other.

As therapists, we have an important contribution to make in partnerships with teachers and parents. In one town, several therapists early on understood how Facebook encouraged students to gossip and threaten each other nightly. Some asked the partnership to bring in experts about living safely in an Internet world, shifting parents’ attention away from their sole focus on adult predators toward greater attention to the many ways kids victimize each other. This led to one of the biggest school workshops I’ve ever heard about, featuring prominent documentarians with unparalleled expertise in the digital realm. Because therapists are the keepers of a town’s secrets, we can provide timely, critical topics for a community without breaking confidentiality. Because therapists know so well what’s really going on in the 21st-century kid world, we’re a natural asset to emerging communities of learners, whether as members of the partnership’s steering committee, as paid and unpaid consultants, or as experts invited to school-based meetings by our own clients.

Whether or not the current ferment in schools and communities around the country leads to a new kind of parenting movement like Occupy Wall Street, the lesson for therapists is clear. To help parents raise healthy children in our family-unfriendly world, we need to make sure we truly get the Big Picture of the challenges confronting today’s parents. To do that, we need to go beyond our knowledge of the clinical theories and skills that have long been the domain of our special professional authority and expand our capacities as observers of what’s going on in our communities and in today’s youth culture. The time is long past when we can rely solely on traditional clinical models if we’re to bring out the best in parents and their children. The first step in making what we have to offer more relevant to the needs of families is to recognize that the number-one problem parents face—far more than any DSM category or clinical syndrome—is the alienation and isolation that dominates the experience of childrearing in today’s world.

It’s no small task to help mothers and fathers face the nearly impossible task of parenting 21-century kids. But after all, making a real difference in people’s lives—rather than making it into the circle of the charmed one percent—is what attracted most of us into the field in the first place.

This blog is excerpted from "The Decline and Fall of Parental Authority" by Ron Taffel. The full version is available in the January/February 2012 issue, Are Parents Obsolete?: Confronting the Dilemmas of 21st Century Childrearing.

Once again Dr. Taffel shows us all that he and only he understands the travails of todays families.