The Power of the Emotional Brain 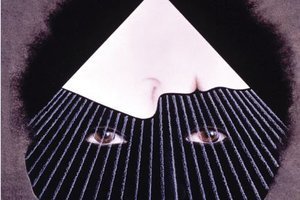 At the tail end of a sweltering, humid Chicago day in 1993, I took my family to the community pool for a dip. As the children splashed gleefully, I sat nearby reading Robert Ornstein’s new book, The Evolution of Consciousness, unaware that my life was about to change.

Seven years earlier, I’d emerged from my doctoral studies utterly dissatisfied with existing answers to the question of why people continue to behave in self-defeating, irrational ways despite clear evidence that their methods aren’t working. Few questions were more important to the enterprise of psychotherapy, yet the answers at that time were highly speculative—running the gamut from unresolved childhood issues to low ego strength to family homeostasis to secondary payoffs, with little scientific evidence to support any of them. Deeply discouraged, I wondered if I’d chosen the wrong career.

From the first page of Ornstein’s book, it was clear to me that he was on to something new. Using hard neuroscience data, he proposed that we behave irrationally because our brains are simply not set up to produce rational behavior. Throughout history, he argued, we’ve been operating under a great deception—we tend to believe that our thoughts and actions result largely from our conscious intentions. In fact, while our rational mind has a degree of veto power, the inclinations that fuel our perceptions, interpretations, and actions primarily come from neural processes that operate beneath the level of awareness.

Investigating the studies cited in Ornstein’s book soon plunged me into the work of other pioneering researchers in the as-yet-unnamed field of affective neuroscience. Researcher Antonio Damasio’s work played a key role in furthering my understanding of the power of automatic processes in the brain. Damasio studied the brains of people who’d suffered a unique kind of brain damage that had left their cognitive abilities intact, impeding only their ability to experience emotions normally. Despite testing that confirmed that all the building blocks of rationality were in place, these people couldn’t make effective real-life decisions. At first, Damasio was puzzled. Why would impairment in the emotional brain interfere with practical decision-making? He eventually realized that the emotional brain plays a crucial role in the machinery of rationality: the brain generates quick, gut-level emotional reactions that collectively serve as a guidance system for reasoning.

Until reading Damasio’s studies, I’d assumed that successful people were effective because they resisted the pull of their emotions of the moment and used reasoning to guide their actions. Damasio’s studies powerfully challenged this notion, suggesting that disciplined people are every bit as much influenced by emotional impulse and inclination as undisciplined people are. The difference is that their impulses are more balanced.

One of my first experiments in trying to help a client engage in emotional reconditioning involved Steve, whose wife, Debra, had attended a few sessions and then dropped out of therapy. Steve continued on his own, recognizing that many of his relationship habits were dysfunctional. During previous conjoint sessions, I’d noticed that whenever Debra had voiced a complaint, Steve had predictably become upset and defensive. I knew that Steve would need some way to practice thinking differently at the moments when he was actually upset. So I suggested that he ask Debra if she’d record complaints on a cassette tape, which he could then use to practice being nondefensive. Surprised and intrigued, Debra agreed.

I sent Debra a message asking her to make short 15- to 45-second recordings whenever she felt upset with Steve—the more recordings, the better. After she’d made a week’s worth of recordings, she was to give the tape to Steve to bring to our next therapy session. During our next several sessions, Steve and I listened to Debra’s recordings together, and I helped Steve pay attention to his automatic reactions when listening to her critical tone. Without feeling the immediate pressure to respond to Debra, he came to recognize that when he felt criticized, his face typically flushed, his features scrunched into a scowl, and his hands tingled slightly. He also noticed that predictable thoughts popped up—such as She’s so controlling!—and that he always felt an immediate urge to dispute every possible detail of her complaint.

Together, Steve and I developed a practice plan that involved relaxing physically as he listened to her complaints, slowing his breathing down, reminding himself that he could afford to take his time and hear her out, maintaining eye contact without scowling, and then searching for and commenting on understandable aspects of her complaint. For several weeks in our therapy sessions, Steve practiced this sequence while listening to complaint after complaint. Then one day, he came to our session with a grin on his face, exclaiming, “I think this is beginning to work!”

A few days before, Debra had become upset with him when she’d learned that he’d forgotten to tell his parents that they needed to cancel their plans to get together. “You know what?” Steve said excitedly. “When she was yelling at me, I actually noticed that my breathing was slowing down, and I was really listening to her. I had the urge to justify why I didn’t make the call, but I remembered that I could do that later if I needed to and that I could take my time and hear her out.” Instead of offering an excuse, Steve told her that he should have made calling his mother a higher priority. “You should have seen the look on her face!” Steve beamed. The fact that Steve’s automatic reactions had begun to change after only a few weeks of focused practice made me believe that I was on the right track.

Over the years, I’ve come to recognize that there’s no one-shot, magic-bullet approach to retraining the human brain. Instead, I’ve developed a process that systematically combines what we know about the power of the emotional brain, the particular strengths of the rational mind, the mechanics of mindfulness meditation, and the brain’s impressive flexibility to help clients learn to calm their nervous systems and navigate their lives more effectively. This process includes:

1. Conscious pursuit of understanding and change. We need to use our conscious minds to understand our lives, develop ideas about what’s healthy and unhealthy, and pursue concrete changes that move us toward health and well-being.

2. Stress reduction and rejuvenation. We need to develop nervous system inclinations that reduce stress, relax the mind, and rejuvenate the body.

3. Distress tolerance and self-regulation. We need to develop nervous system inclinations that help us tolerate the inevitable stress that accompanies making difficult changes and self-regulate in emotionally charged situations.

4. Emotional accessibility. We need to develop nervous system inclinations that produce feelings that connect us to others.

Developing Calm in the Storm

Neuroscientist and psychiatrist Daniel Siegel notes that the process of turning toward and soothing upset feelings (rather than focusing exclusively on the external threats) is what good parents do in responding to feelings of distress in their children. Before helping children solve their problems, skillful parents relax, turn toward and welcome their children’s feelings while providing direct physical soothing—often through hugging, holding, and other forms of nurturing contact. Similarly, distress tolerance and self-soothing exercises help clients turn toward their own upset feelings and engage directly in physiological soothing, temporarily postponing thoughts about problems. This process of self-accompaniment elicits a sense of calm in the storm, allowing clients to avoid alarm or panic when things aren’t going well.

We begin by asking clients to notice when small annoyances or disappointments occur in the course of each day. When they notice these frustrations, clients stop what they’re doing and spend one to three minutes resisting the urge to analyze their upsetting circumstances. Instead, they’re encouraged to slow down their breathing and focus attention on their physical sensations.

When I think back on that afternoon years ago when Robert Ornstein was first blowing my mind, I realize that since then almost everything about the way I conduct therapy has changed. I still help clients develop insight and make concrete plans for operating more effectively in their daily lives, but truthfully, this part of my work is more of a sideline. These days, my central concern is reconditioning the brain. Modern neuroscientific discoveries suggest that William James was right in 1890 when he proposed that the basic organizer of the human mind is habit, not rational thought or understanding. Thus, I believe that in the coming years, the most important developments in mental health will involve refining technologies for isolating and intervening in automatic nervous system habits.

Reconditioning the brain isn’t the stuff of brief therapy. I ask a lot of my clients, and some weeks I’m better at motivating them than others. Over the years, I’ve noticed that their willingness to do the work seems to correlate with what’s going on within me. The calmer my own nervous system is, the easier it is for me to connect with feelings of love, nonjudgment, empathy, acceptance, and excitement about the possibilities that lie ahead for my clients. When clients sense qualities in me that they’d like to develop in themselves, they’re sold. I can talk about the scientifically proven benefits of mental practice until I’m blue in the face, but unless they sense that I know what I’m talking about through their felt experience of me, they don’t buy in. Good for them. In this business, there’s no substitute for the real thing.

This blog is excerpted from "The Great Deception" by Brent Atkinson. The full version is available in the January/February 2014 issue, Untangling Brain Science: Has It Lived Up to Its Promise for Therapists?

Read more FREE articles like this on Brain Science & Psychotherapy.