The Meaning Behind Money

Getting to the Root of Couples' Arguments about Finances 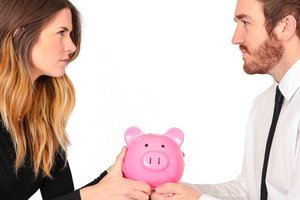 Q: These days, couples often come into therapy with problems related to their finances. How do I distinguish between money difficulties caused by the economic downturn and those that are more psychological in nature?

A: Some financial problems we now see are clearly beyond the control of the people involved, stemming from outsourcing of jobs and layoffs and increased medical expenses. These financial losses are real, and they’ve undermined lifetime financial plans. There’s tremendous grief when facing this type of loss. However, financial losses become even more complex when they derive from, or are compounded by, one or both partners’ psychological issues about money.

It’s important for therapists to recognize when the financial problems couples bring to therapy are chronic and, therefore, more psychological in nature. Therapists aren’t trained in financial issues and often are uncomfortable talking about money, but their willingness to discuss it with clients is crucial for uncovering chronic pathology, which may unfold later in the treatment process. There are simple questions to help therapists recognize three different types of financial problems couples often bring to therapy: those directly related to the external facts of the economy, those deriving from money conflicts within the relationship, and those reflecting the chronic addictive financial behaviors of one or both partners.

Problems Related to the Economy

When any couple complains about money issues, the therapist should first gather basic information about their financial circumstances: Has someone lost a job or had a pay cut? Have they had unexpected medical expenses? Have they lost significant investment or retirement funds? If the answer is yes, their difficulties, wrenching as they may be, most likely aren’t due to chronic personal issues around handling money.

Recently, a couple with money problems came to see me. When I asked them to describe the history of the problem, they told me that the husband’s business had been hard-hit by road construction in front of the premises, an ineffective new manager, and slower business because of the economy. As he told the story, it became apparent that he hadn’t previously told his wife just how bad the financial situation was—the business was quickly going down the tubes. Yet, rather than expressing shock, outrage, or a sense of betrayal because her husband had withheld information, after her initial dismay, she voiced compassion for his situation and said she now better understood how important her own paycheck was.

Their problem seemed to be brought on by external forces, rather than psychological issues. Just to be sure, however, I asked whether they’d had money problems 10 years ago, and they said they’d always managed their finances without real difficulty. Because the wife wasn’t reactive to the disclosure of bad news, and because the couple had a positive history with money, I felt assured that their financial difficulties weren’t psychological in origin.

Are you treating couples who argue constantly? Is one partner "leaning out"? Is their romance on the rocks? Our FREE CE seminar with Sue Johnson can help!

After making sure they had good coping skills for the stress and were communicating openly, I referred them to debt-repayment counseling. Therapists aren’t trained to help people with financial decisions and plans, but they can provide emotional support to help with the stress and grief, as well as guidance to communicate well during the crisis. They can also refer people to financial advisors, nonprofit debt counselors, or other professional financial resources.

Money Conflicts within the Relationship

If a couple has a long history of arguing about money and can’t discuss it without interrupting each other, or if one partner is withdrawn and secretive about finances, these are red flags that the economy may not be the only issue. Once you’ve ascertained that the couple’s money problems don’t stem from outside circumstances, you need to ask questions aimed at getting at the relational roots of their conflicts.

Since money is a primary arena for power struggles, such couples may have had financial disagreements since early in their courtship. Ask them how long they’ve been fighting about money, what their financial relationship was like before they were married, and what starts the fights. Who pays the bills? Who controls the purse strings? How do money issues affect the way they feel about each other?

If the couple has been fighting about financial topics throughout their marriage, ask about the family history of money. Many couples argue about money because each partner has different beliefs about it and its meanings that reflect financial problems or attitudes about money in their families of origin. Some arguments arise because each person has a different financial “style”—different materialistic needs, ways of recordkeeping, ideas about spending and saving, expectations about lifestyle.

With couples who have relational issues around money, the job of the therapist is to teach the couple to communicate about money without reactivity, so they can begin to understand the roots of their own and their spouse’s behavior, and learn to cope with each other’s differences.

The third type of couple who seeks help for financial problems is that in which one partner has seriously dysfunctional money behaviors, often kept secret. In fact, secrecy about financial behaviors is the telltale sign of true financial dysfunction, and usually results in serious fighting in a marriage. The secrets aren’t exposed initially, so treatment begins by gathering basic details about the couple’s financial circumstances. Are they behind on paying bills? Is it difficult to pay for housing, food, or transportation? Are they in debt? How much? How has it accrued? What efforts have they already made to solve the problem? Once these details are clarified, the focus of treatment turns to specific financial behaviors: is one person constantly purchasing new clothing or the latest electronic equipment, refusing to get a job and contribute to the household, losing money to substance abuse or gambling? How does the other partner feel about these behaviors? Has he or she tried to control the partner by taking over the finances or scrutinizing purchases and other financial behaviors?

Because psychotherapists have a deep understanding of marital dynamics and problems, they have many opportunities to help troubled couples before their financial problems take them to the point of no return. If a therapist is uncomfortable working with finances, he or she can team up with a financial professional, each working in their area of expertise. In these times, therapists are likely to have their own financial issues triggered by their client’s financial situation, so it’s important to explore countertransference. But, notwithstanding our own money anxieties and even without financial training, psychotherapists can play a major role in helping couples become true partners, rather than adversaries, in managing their financial resources.

Sally Palaian, PhD, is a licensed psychologist and Imago Relationship Therapist in private practice and the author of Spent: Break the Buying Obsession and Discover Your True Worth.

This blog is excerpted from "Love and Money" by Sally Palaian. The full version is available in the July/August 2011 issue, The New Grief: Are We Casualties of Medicine's War on Death?