The Crucial Ingredients May Surprise You 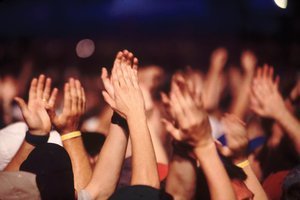 Turning to the field of mental health, what accomplishments can it boast of in recent years? What was the last truly revolutionary discovery in the field of psychotherapy? What “treatment” (analogous to penicillin in medicine) has ever successfully eradicated a mental or emotional disorder? In fact, while we’ve been at our posts, provisioning and parading an army of techniques and methods, rates of depression and anxiety have soared.

Even if one disagrees with this grim assessment of the field’s contributions and influence, it’s hard to be sanguine about our status. Over the last decade, median incomes for psychologists, both applied and academic, have dropped by thousands of dollars. In the same period, workloads have increased, professional autonomy has been subverted, and funding for public behavioral healthcare has all but disappeared. At the same time, costs have risen for graduate and professional training and for operating a practice. With regard to the latter, if medicine is any example, as much as a third of the average practitioner’s time and income is spent completing the mindless paperwork required for third-party payers and federal and state regulatory bodies.

Meanwhile, the very relevance of psychotherapy is an open question in the minds of many current and prospective consumers. Despite overwhelming evidence that therapy works, and that more than 90 percent of people say they’d prefer to talk about their problems than take psychopharmacological drugs, most people doubt the efficacy of treatment. Perhaps this accounts for the fact that the use of medications has steadily increased, while visits to a psychotherapist have been decreasing. Worse still, 50 percent of those who begin therapy treatment quit prematurely—a number that’s remained steady year after year. It’s clear that we must do better, individually and collectively.

Nevertheless, it’s now well established that clinicians are capable of improving their performances. At the end of 2007, we published two articles in the Psychotherapy Networker—“Supershinks: Learning from the Field’s Most Effective Practitioners” and “How Being Bad Can Make You Good,” with Barry Duncan—describing our research on top-performing therapists. In them we concluded: “The key to superior performance is...the best of the best simply work harder at improving their performance than others do.”

Working harder is not about filling the week with additional hours on the job, as findings from other areas of endeavor affirm. In fact, the number of hours devoted to playing chess is negatively correlated with performance. Similarly, time spent doing therapy has never been a strong predictor of positive outcome. Instead, reaching the top requires hard work of an entirely different order: consistently and consciously pushing to reach objectives just beyond one’s level of proficiency.

To date, more than a dozen randomized clinical trials, involving thousands of clients and numerous therapists, have established that excellence isn’t reserved for a select few. Far from it: it’s within the reach of all. These studies show that applying the steps—know your baseline, engage in deliberate practice, and obtain ongoing feedback—increases the effectiveness of individual practitioners threefold, cuts dropout rates by 50 percent, reduces the rate of deterioration by 33 percent, and speeds recovery by 66 percent, while improving client satisfaction and reducing the cost of care.

The Culture of Excellence

It makes intuitive sense that individual achievement and excellence flourish in supportive communities. The practice of psychotherapy is no different. For clinicians, rising to the top depends largely on the professional community that directly surrounds them. Unfortunately, however, the current culture of psychotherapy isn’t designed to foster clinical excellence—if anything, it fosters mediocrity and inertia. Agencies frequently experience such economic instability that their driving goal is solvency and survival—thus the intense focus on billable hours and productivity. Regulation, institutionalized habits, management policies, and cost-effectiveness measures all tend to reward predictability and the appearance of competency.

So, the therapy profession faces some big challenges in the quest for excellence. Generally speaking, the culture of psychotherapy—in agencies or private practice—tends to punish risk and reward mediocrity. Given these facts, how can the field retool and rebuild itself so that we have a better shot at becoming the kind of therapists we genuinely want to be?

The Role of Leadership

“Cultures of excellence don’t just happen—leadership is essential,” says Cynthia Maeschalck, a Vancouver-based training consultant specializing in improving clinical performance. “Leaders need to take charge and make sure practices that encourage excellence are standard throughout the agency.” It’s now well-known that having clinicians consistently get client feedback and measure their outcomes improves the quality of therapy. Measurement and feedback are vital for any clinical culture of excellence, because of the human tendency to underplay our shortcomings and overplay our successes.

“But most people still don’t want to measure outcomes,” continues Maeschalck, “because it’s laborious—just because it’s a good idea and improves results doesn’t make it more appealing. Somebody has to take the lead and have the passion to insist on and maintain high standards, so that excellence becomes a habit.” However, the leader can’t merely act as an enforcer, ordering staff members to use the measurement tools they’re given; he or she needs to “make it come alive for people,” help them understand and believe in these tools.

Leadership may be the first principle in creating a culture of excellence, but success remains unlikely unless a culture of trust is established at the same time. This is because the most important building blocks of excellence are failure and the willingness to admit it. Failure and error, if not accompanied by shame, can provide compelling motivation to learn. However, people won’t admit to error—making a mistake—if they fear it’ll be held against them or that they’ll be viewed as incompetent.

It’s an open secret in the world of great achievement—from art to literature to sports to business to science—that the road to success inevitably passes through the dark terrain of failure. Psychotherapy studies similarly reveal that effective therapists report making more mistakes and being more self-critical than their less effective counterparts. Other evidence documents that healthcare professionals who acknowledge errors and disclose mistakes are less likely to be sued. Additionally, research conducted by Stanford psychologist Carol Dweck and colleagues points out that purposefully striving to be mistake-free is characteristic of an approach to life and learning that leads not only to poorer overall performance, but also to seeking out fewer, less challenging tasks.

“Error-centric” thinking—looking for what isn’t quite right, where there’s a shortcoming, where improvements can be made—is characteristic of work environments that are committed to enhancing therapeutic performance, according to experts on the subject. In fact, leaders of excellence cultures sometimes seem as focused on failure as the rest of us are on success. “I purposefully recruit staff that are flawed, have tripped up, made mistakes—and recovered,” says Belinda Wells, the managing director of the 16-member, United Kingdom–based treatment agency known simply as The Counseling Team. “Don’t get me wrong,” she adds, “They’re top performers. It would be hell if they weren’t, since the standards are so high.” But, she says, “I avoid those who, being young or having little real-life experience, are always trying to ‘do the right thing,’ so to speak.” In cultures of excellence, such people can feel deeply threatened; their investment in seeing themselves as smart, competent, and capable at all times clashes with the very behaviors that promote high levels of achievement—recognizing and being unashamed to share failure, and using it as a springboard for improvement.

Evoking Sputnik brings to mind an era of unqualified achievements, beginning with primitive satellites and ending with lunar landings. Spaceflight is now so commonplace as to barely register with many people. Generally forgotten is the extraordinary amount of time and sacrifice expended in the pursuit of these historical objectives.

Fortunately, we don’t, as individuals or as a field, need to prepare and plan for the equivalent of the next conquest in space. But we can each begin by treating every encounter with a client and colleague as a “Sputnik moment”—waking up to the fact that we almost always fall short of our potential, and making a decision to do better. Thankfully, this doesn’t require that we be superhuman.

This blog is excerpted from "The Road to Mastery" by Scott Miller and Mark Hubble. The full version is available in the May/June 2011 issue, Achieving Excellence: Do We Need a New Model?