The World of Gender Fluidity 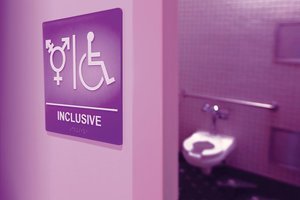 Andrea sits across from me in my office, twisting her hands in her lap. Her 5-year-old child, a biological boy, has progressed from insisting he’s a girl to refusing to go to kindergarten in “boy clothes.” He’s profoundly depressed, one of the saddest kids I’ve ever seen.

Gently, I ask her, “When did you first notice that your child was different?”

Andrea takes a long breath. “When Brandon was 2 and a half, we took him to a football game,” she says. “About halfway through, I pointed to the football players and said to him, ‘Maybe when you grow up, you’ll be like those guys.’ Brandon swiveled and pointed to the cheerleaders. ‘No, I want to be like them.’”

The next day Marina comes in. Now in her early 50’s, she transitioned surgically from male to female about 10 years ago. Like Brandon, Marina (then Martin) had felt like a girl from an early age. Unlike Brandon, Martin had parents who were horrified by their son’s gender nonconformity. His attempts to express it were quickly beaten out of him, and his gender dysphoria remained hidden for decades. When Martin first entered my office 15 years ago, he reported a history of secretly hoarding female clothes and being nearly immobilized by shame. Married with two young daughters, he eventually left his wife and transitioned to Marina, after heartbreaking pain for everyone involved.

Admittedly, my clinical practice is a little unusual. I direct the Institute for Personal Growth (IPG), a large private group practice in New Jersey, which, since 1983, has specialized in what’s now called sex-and-gender-variant people. We started working with lesbians and gay men, and as the LGBTQ community has grown, we’ve expanded to include everyone in that big-tent tribe—from trans and kinky to gay, lesbian, and bisexual. Along the way, I’ve evolved personally as well as professionally. In 1973, I identified as lesbian, and now I just call myself queer. Queer can signify many attributes, but in my case, it’s shorthand for “I’m a bisexual lesbian mother who’s kinky and nonmonogamous, and was extremely gender atypical as a child.”

This may be a lot to take in. If so, I get it. A couple of decades ago, the only “transsexual” most people knew about was Renée Richards, the transwoman who made the news in 1976 by attempting to enter the US Open Tennis Championships as a woman. Fast forward to 2016 and a transgender teenager, Jazz Jennings, has her own TV show on TLC. And Becoming Nicole, a book that follows the experience of parents whose son, deep in his young heart, knows that he’s a girl, is a New York Times bestseller. But how do people like Jazz and Nicole know that they’re the wrong gender? And what does knowing something like this mean for our deeply held assumptions about males and females, about opposite sexes?

When I train psychotherapists on gender issues, the most common response is “I just don’t get it. How can someone not ‘feel like’ their gender? How can someone born a guy ‘know’ what a woman feels like?”

Transgender people experience a profound sense of dissonance. They don’t feel like their assigned gender. Try this experiment: imagine waking up tomorrow morning and discovering that your body is that of the “opposite” sex. Intriguing as it might be for a while, most of us would feel that our body is lying, that it’s a mask hiding our true self. Trans people feel this way about the bodies they actually have.

I’ve seen transgender people break the law and risk their health to obtain and use illegal female hormones because the sense of congruence they experienced was as essential as life itself. For others, it’s not hormones or surgery that made the difference, but simply the freedom of gender expression that emerged when others viewed them the way they viewed themselves. But while finding an affirming tribe has become easier for younger trans people, many older individuals have spent a large part of their lives without the support necessary to experience gender congruency.

The Path of Therapy

How should you handle trans clients clinically, or approach issues of gender variance with parents? First, don’t assume their gender choices are inherently problematic or look for reasons why they’re gender variant. They are who they are, and like any client, they need your acceptance and respect. Second, educate yourself. Third, don’t assume that gender issues are relevant to therapy. Many trans- or gender-variant people come into therapy for exactly the same reasons everyone else does: depression or anxiety, relationship issues, loss, trauma, the whole gamut. These problems are sometimes caused or exacerbated by minority stress, the extra pressures and burdens engendered by being a member of any stigmatized group. Despite growing cultural acceptance, many transgender men and women are murdered each year simply because they’re gender variant.

If you work with adolescents, especially college kids, you’ll increasingly see teens who identify as something other than cisgender. As we’ve discussed, this doesn’t necessarily mean that they want medical intervention. But some trans teens will insist that they want the puberty blockers and cross-gender hormones recommended at various stages of adolescence.

What to do here? Research indicates that most young people who identify as transgender as teens don’t desist in that identification. But that doesn’t mean that every teen who asks for medication should be recommended for medical intervention. The vital task here is to honor the adolescent’s affirmed gender while helping that young person explore what that means for them.

The Shape of Things to Come

As social acceptance continues to grow, will we see an increase in the number of people claiming a trans or otherwise gender-nonconforming identity? Will we see a corresponding increase in those requesting body modification? The answer to the first question is unquestionably yes: as understanding and support expand, more people will come out. But the answer to the second question remains to be seen. As trans people change the definition of identity, some are making idiosyncratic choices with surgery and hormones. Some will modify their gender presentation, but not their bodies. Others will modify their bodies to create nonbinary bodies that match nonbinary identities.

There’s one thing for sure: the boundaries between male and female are getting fuzzier and fuzzier. In some ways, transgender and gender-nonconforming people reflect a larger cultural trend. Women can fight in combat, men are stay-at-home parents, and gender expression and identity are exploding into forms and flavors we never imagined. If these shifts continue, the cry of my parents’ generation in the ’60s and ’70s—“You can’t tell the boys from the girls!”—may become true. And as a society, that’s a profound change in the implicit rules of what’s normal—a change all of us, in one way or another, will have to come to terms with.

Margaret Nichols, PhD, has been a licensed psychologist and AASECT Certified sex therapy supervisor working in the LGBTQ community for 35 years. She founded the New Jersey Hyacinth AIDS Foundation and is the founder and president of the Institute for Personal Growth. Her recent publications include chapters in textbooks Principles and Practice of Sex Therapy and Systemic Sex Therapy.

This blog is excerpted from "The Great Escape" by Margaret Nichols. The full version is available in the March/April 2016 issue, The Mystery of Gender: Are Therapists in the Dark?

Margaret writes: "Research indicates that most young people who identify as transgender as teens don’t desist in that identification". However my understanding from the research is that a very high percentage (up to or over 90%) of children and adolescents who identify as trans in their youth do NOT continue on this path into adulthood; they do desist, hence the concern and reticence to prescribe hormone blockers or recommend other surgical procedures too quickly. This is a relatively new field with a paucity of longterm research to verify the most effective forms of treatment, along with the long-term consequences (positive or otherwise) of the various treatments being offered. Hopefully we will see robust and informative research findings in the near future.

A superb article, especially due to the author's willingness to be vulnerable and share her own trajectory as a therapist working with the gender variant population. As a 65-year-old therapist, I, too, can look back at my work 30 plus years ago, and recognize some of the same narrow assumptions on my part that failed to affirm gender variance in some clients (mistaking it for internalized homophobia). Always much to learn...