The Power of Community in Healing Trauma

Therapy in the Aftermath of the Paris Terrorist Attacks 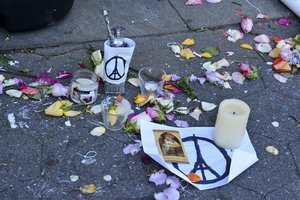 As survivors of terrorist attacks slowly begin to rebuild their communities, many answers arise to the question of how we can recover as fully as possible while also honoring those who lost their lives. Whatever your clinical specialty, the truth is there’s no one-size-fits-all solution. The piece you’re about to read recounts what brought about healing for many directly or indirectly affected by the Paris attacks. The approach might seem less cutting edge than the specialized interventions therapists spend years honing in private practice, but it goes to show that sometimes the most transformative care can come from people who aren’t clinicians at all—they’re family, friends, and neighbors who understand what a person needs because they’ve experienced the same hardship. The lessons we gather from Paris’s ongoing recovery reveal that no matter where trauma unfolds, people have a remarkable capacity for healing---and defining what healing means for themselves---even in life’s darkest moments.

When therapist Sharon Korman woke up on the morning of November 14, 2015, she discovered the Paris she’d known and practiced in for almost nine years forever altered. Under a gray sky, camouflage-clad soldiers patrolled the streets, eerily quiet except for the occasional wail of sirens. Just hours before, a band of radical Islamic militants wielding bombs and machine guns had swept through several busy Paris cafés, the Bataclan theater, and the Stade de France, leaving 130 dead and more than 300 wounded.

Between bouts of tears, Korman sat down at her computer, logged onto her local therapist listserv, and tried to calm herself as best she could in that moment, writing, “As you all know, Paris has again suffered a horrific set of terrorist attacks. This is my small way to send a call to action. I’m not naïve enough to believe that, other than being appropriately vigilant, I have any power to fight a terrorist. But all of us as individuals in our little portion of the universe can do something: we can perform random acts of kindness. We can give up our seat on the bus. We can hand a crying stranger in the street a tissue. We can help someone carry a load or cross a busy street. If you’re at all upset, angry, scared about what’s happened here in Paris, or any other place that terrorism has struck, take action in your daily life.”

In the aftermath of terrorist attacks, such as the one in Paris, clinicians are increasingly aware that the most effective way of preventing or minimizing post-terror trauma isn’t some set of therapeutic techniques, but the power of community to help people feel connection and support. In fact, since 9/11, therapists have come to recognize that despite therapy’s traditional focus on pathology, most people have a formidable capacity to bounce back from traumatic incidents in a remarkably short time, in most cases with minimal or no therapeutic intervention.

Two days after the Paris attacks, Korman was contacted by St. John’s University to do crisis counseling with its students studying abroad in Paris. She notes that some students did experience hypervigilance, sleepless nights, and anxiety about using public transportation after the attacks, but almost none of them felt the need to consult her beyond initial counseling sessions. As one student commented, “We grew up during 9/11. We have this expectation that violence is going to happen, but we have to keep living. You have to have a quality of life anyways.”

Rosemarie Bourgault, a trauma specialist who worked with surviving victims of the Bataclan attack, believes that terror victims need immediate comfort and support, but that such help need not come primarily from professional clinicians. “What people need in the immediate moments after attacks is to be at home, to be with their loved ones, and to be reassured,” she says. “They need blankets, and they need soup. They don’t need mental health professionals. They need someone who’s going to hug them and let them cry.”

Bourgault recalls one young woman who’d been in the balcony section of the Bataclan and had sought her out after the attack, worrying that she might have PTSD. Halfway through the concert, the woman had heard shots, initially mistaking them for firecrackers. But when she looked down and saw the horror on the band members’ faces and the rush of the crowd for the exits, she realized that the noise had been more than concert theatrics. As she bolted down the stairs into the street, she was grabbed by an injured man covered in blood and begging for help. Taking his arm, she helped him get to a café several blocks away. Exhausted and distraught, she got a dining couple to agree to get the man to safety. Now covered in blood herself and running aimlessly---her only concern being to get as far away from the Bataclan as possible---she stumbled into the Paris metro system. There she caught the attention of a kind employee, who ushered her into his booth, wrapped a blanket around her, and gave her a hot cup of tea as she sat, sobbing.

There’s a critical window of time in which traumatic memories begin to crystallize in the moments following attacks, and there’s little substitute for the soothing power of basic human touch and connection, Bourgault says, which serves as a protective buffer and appears to reduce the impact of a traumatic incident. “You’re going to be okay,” Bourgault remembers telling the woman who came to her after the attack. “That man in the metro was worth many, many hours of psychotherapy. There are plenty of drugs out there for trauma, but you’re not going to need them. What saved you was a cup of tea and a hug.”

Of course, not everyone who experiences acts of terrorism will bounce back swiftly, and not everyone can draw upon inner resources so easily. People who’ve experienced any kind of previous trauma are often disproportionately affected by terrorism, whether they see the violence unfold firsthand or just hear about it in the news. Therapists need to adapt their interventions to the client’s individual needs and coping mechanisms—and to temper their impulse to rush in and assist when help isn’t necessarily wanted or needed.

“Therapists who want to help trauma victims must answer the question of whether or not there’s a way to be useful without being intrusive,” says Jim Gordon, a trauma specialist and director of the Center for Mind–Body Medicine. In fact, visiting Newtown, Connecticut, two days after the 2012 Sandy Hook Elementary School shooting, Gordon met with victims’ families and ordinary residents in churches and gymnasiums and at dinner tables, where he found the community networks that had formed almost immediately following the attacks remarkable. He says he’d like to see more therapists promote nonclinical community workshops that remove the stigma from traditional therapy and grant people more agency in their recovery---even if it means the therapist needs to step back and let a parent or teacher take the reins. “The focus needs to be on teaching people how to help themselves and bringing people together to support each other, not for them to be dependent on professionals like me,” Gordon says. “Enhancing people’s sense of community and personal agency needs to be the overriding principle for any work we do.”

On February 16, 2016, nearly three months after the Paris attacks, the Eagles of Death Metal---the band that had been interrupted that fateful night at the Bataclan---returned to the French capital to fulfill what it called a sacred duty to finish their performance. Inside the Olympia concert hall, 1,700 attendees and returning concertgoers---some coming in on crutches and in wheelchairs---were greeted by a woman distributing free hugs. Thirty psychologists were hired to watch for any signs of retraumatization and a chance to provide support. But most concertgoers found the healing they needed in the solidarity and shared resilience in being with others who’d gone through the trauma of the attack and were coming together to reclaim a sense of safety that had been taken from them. “I want to see all those smiles that greeted me in Paris that night,” said lead singer Jesse Hughes before taking the stage. “This is therapy for me.”

This blog is excerpted from "The Aftermath of the Paris Attacks" by Chris Lyford. The full version is available in the March/April 2016 issue, The Mystery of Gender: Are Therapists in the Dark?