Assessing Our Values in an Age of Therapeutic Quick Fixes 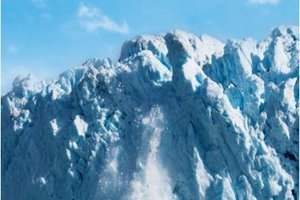 One of the most significant changes in the role of a therapist during the past few decades has been a shift away from the tradition of serving as a dependable confidante over a lengthy period of time to that of a very temporary advisor. Some practitioners have even rebranded themselves as a “personal coach” or “personal consultant” in order to increase their “market share” and expand new opportunities. This might work fine for those described as the “worried well,” who require only assistance in their growth or development, but it leaves quite a number of people with more severe disorders or intractable problems without sufficient support. These are often individuals suffering from deep-rooted intrapsychic struggles, certain personality disorders, or chronic conditions that aren’t necessarily amenable to a “quick cure.”

What a luxury it would be these days to work with clients according to what we believe is actually in their best interests, not only to address what brought them into treatment, but also to help them develop the self-awareness, personal skills, and resilience to deal with other problems in the future. And while we’re reimagining bygone years, how lovely it would be to design therapeutic plans based on what’s actually best indicated, no matter how long that would take. Perhaps it’s better in some respects that we’re now held more accountable for our efficiency and outcomes, but there’s also a lot that’s been lost in this new climate.

Sprinkled liberally around most communities today are little clinics that offer the public medical services in the same spirit as department stores or chain restaurants. You can even find such operations squeezed into the corners of drug store chains that advertise “health screenings,” “medical consultations,” and “minute clinics.” Gone are the times when you had a personal physician, one who knew your family and history intimately.

The public is growing so used to this doc-in-the-box mentality that when it comes time to see a professional for some personal concern or emotional difficulty, people don’t even flinch at the prospect of choosing a random name from a published list of “approved providers.” One therapist is as good as another, they reason. The important thing to consider is: can I see this professional who is covered on my plan?

These are indeed the days of managed care, health maintenance organizations, employee assistance programs, and preferred provider networks. If the concept of private practice isn’t being systematically eroded, then it’s at least being altered to the point where therapists are working more hours, for less money, doing homogenized treatment for prescribed intervals. It’s not just the solo practitioner who’s losing autonomy; any community agency, organization, or mental health service has had to streamline the ways it operates.

If the trends continue, it appears that we may have even less autonomy in what we choose to do with our clients and how we prefer to do it. The emphasis continues to focus on doing therapy as briefly and efficiently as possible, dealing only with the original presenting complaint, and measuring outcomes as quantitatively as possible. In one instance, a friend of mine who worked on a psychiatric unit was appalled that benefits were cut off for one patient who was determined to have made “substantial progress” because now he reported there were only four poisonous snakes that he imagined were crawling around inside his belly instead of the 20 when he first entered treatment.

Although this situation may at times seem discouraging, there have also been some significant advances in making therapy more responsive and efficient, as well as more cost-effective. Some clients appreciate the greater convenience of being able to schedule sessions via alternative delivery systems (video, phone, etc.) and report that they can be even more honest and forthcoming than during face-to-face sessions. It remains to be seen whether research will support some of these testimonies.

What was once learned in graduate school, and is still prevalent in some institutions, is a kind of therapy in which medium-term or even lengthy relationships are established in order to address intrapsychic conflicts, psychodynamic features, entrenched dysfunctional patterns, family patterns, existential themes, underlying issues, and other content that lends itself to prolonged, deep-level investigations of past experiences and current struggles. It’s certainly the case that medications or brief forms of therapy aren’t the best choice for everyone; there will always be a demand for inquisitive people who want to learn about themselves and the ways they relate to others. In our society, where people are increasingly feeling alienated, disenfranchised, and marginalized, there’s a desperate need to feel understood.

I remember some time ago devoting a year of professional development to upgrading my skills in the latest breakthroughs in brief therapy models. I couldn’t wait for opportunities to move my clients along a faster route toward deliverance. After all, I have long been far more attracted to dramatic confrontations than I have to more low-key interpretations—not because I believe they work better, but because they satisfy my own impatient need for progress.

I’d been working with one woman for some time, making modest progress, but certainly not by the standards of my more solution-focused colleagues. My work with this client had been “dragging on” for months now, and I was feeling a little guilty that I wasn’t meeting the current standards of what’s expected. I interrupted my client on several occasions, especially proud of the deftness with which I introduced reframing, externalization, miracle questions, exception-seeking questions, deconstructions, paradoxical directives, and even an old-fashioned direct confrontation when I told her that I thought she might be needlessly stalling the pace of things in order to avoid facing the world on her own.

The tears that had been streaming down her face abruptly stopped. I could see anger in her eyes and in cords of muscle in her neck. “Kottler, what is your problem?” she asked none too politely. “In case you haven’t noticed, I have not felt that many men have ever listened to me in my life, not my boss, my father, my brothers, my ex-husband, or certainly my current husband, and not even my own son. I’m used to being interrupted. I’ve never been taken as seriously as I deserve. I had sincerely hoped that with you I might feel a little understanding. After all, I am paying you to listen to me. Is that clear?”

“I wish you’d stop trying to fix me,” she continued the deserved scolding, “and just listen to me. I want you to understand what I’m experiencing. I want someone to finally understand who I am and what I want.”

She actually said all that. I, of course, immediately protected myself from this censure by telling myself that this “intervention” clearly worked—look at how assertive she had become, and all because of my technique of challenging her. While patting myself on the back, I also felt confusion settle over me. I realized that in my urgency to move more quickly, I’d focused more on technique than on the person in the room with me.

Ultimately, there have been some huge seismic waves that have shaken our profession to its core, many of which present new challenges and a changing landscape that bears little resemblance to what may have once been expected. If we’re to survive professionally, much less flourish, we have to roll with these swells, making adjustments to augment our knowledge and skills. If there’s one thing about which we can be certain, it’s that the tsunami of change is relentless and ongoing.

Jeffrey Kottler, PhD, is a professor of counseling at California State University, Fullerton. He’s an internationally known therapist, presenter, and keynote speaker, and the author or coauthor of more than 80 books about counseling, therapy, education, advocacy, and social issues.

This blog is excerpted from "When Seismic Change Becomes the Norm" by Jeffrey Kottler. The full version is available in the March/April issue, The Mystery of Gender: Are Therapists in the Dark?

What a great article! It is very sad that therapists are being trained to treat clients based on what is more likely to be reimbursed by insurance companies. (This is my experience.) I do not take any insurance in my private practice. I prefer to offer a sliding scale to make therapy affordable and for those who have insurance but choose not to use a preferred provider. I want my clients to receive the treatment that is best suited for them, whether it is two months or eight years. (BTW, your book On Being a Therapist was my favorite in grad school.)