How Therapy Reached the New Age of Trauma Treatment 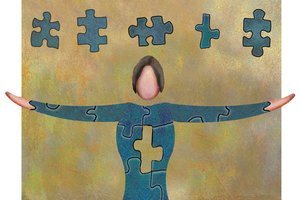 I now realize that back in 1989, when I began my clinical internship in a big city hospital, most of our patients---everyone from university professors to working-class families to the homeless and chronically mentally ill---were suffering the effects of some unrecognized traumatic experience. I say unrecognized because, back then, we connected the word trauma only to combat veterans and victims of sexual violence. It was 15 years since the opening of the first rape crisis center, and just nine since post-traumatic stress disorder (PTSD) had become an officially recognized DSM diagnosis. Trauma, in fact, was still defined as “an event outside the range of normal human experience.” We didn’t yet know to ask all clients about early abuse or trauma, and we unconditionally accepted the idea that uncovering buried memories was the key to setting trauma sufferers free.

By the early 1990s, however, The Courage to Heal, a feminist-influenced self-help book by Ellen Bass and Laura Davis, had become a bestseller. Bringing public attention to the previously taboo subject of childhood sexual abuse, it proposed a dramatic approach to trauma treatment, one that was a far cry from the strict neutrality prescribed by psychoanalysis. In essence, Bass and Davis saw the main task of trauma work as retrieving the missing pieces of the abuse narrative, however dimly it might be recalled, and encouraging victims to confront their perpetrators with “their truth.” As a fledgling therapist who’d never felt comfortable just nodding sympathetically in response to someone’s horrible tale of a trauma experience, I was relieved by the permission this approach gave me to engage my clients more actively.

At the same time, I was troubled by what the The Courage to Heal model required of my clients: focusing on accessing their anger at the perpetrators or neglectful bystanders and holding them accountable through confrontation. Many clients became overwhelmed by the flood of memories that came once Pandora’s box was opened, and others began to doubt themselves when they couldn’t access memories.

During this paradigm shift in the trauma-treatment world, Judith Herman, who’d published Father-Daughter Incest in 1980, was working as a staff psychiatrist at Cambridge Hospital in Massachusetts and establishing a special clinic called the Victims of Violence Program. To her, the idea of feeling overwhelmed and overpowered by the remembering process was antithetical to the resolution of trauma. Although today the word retraumatization is used routinely by mental health professionals and stabilization first has become the gold standard of trauma treatment, these were new ideas at the time.

Just how revolutionary the idea of stabilization was in the early 1990s is illustrated by my meeting with a young client named Ariana. Despite a long history of childhood sexual abuse and many attempts to get help, she hadn’t been able to tolerate therapy for more than a few months. Since she seemed to be the ideal therapy client---bright, insightful, and articulate---I was curious about why this was so.

“What told you in each of your experiences with therapy that it was time to leave?” I asked.

“Well, that’s easy,” she laughed. “Either the therapists wanted to make me cry—or they wanted to move in for the kill!”

“The kill?” I asked, confused.

“The kill is when they say, ‘Next week, we can begin to address the trauma.’”

Shouldn’t traumatized clients have the power over the remembering process and the right to remember more or to remember less? And why was the ability to function and build a new life a less honorable task than memory work?

Busting the Monopoly of Talk Therapy

Neuroscience was brought into the field of trauma by the outspoken and sometimes controversial psychiatrist Bessel van der Kolk. Ever since his work with the Veterans Administration (VA) in the 1970s put him on the path to studying trauma, he’d begun to challenge the conventional psychiatric framework of trauma treatment. When I started working on van der Kolk’s clinical team as a new supervisor in 1996, he’d been arguing for years that traumatic memory included not just images and narratives, but also intrusive emotions, sensory phenomena, autonomic arousal, and physical actions and reactions.

In van der Kolk’s groundbreaking 1994 study, 10 subjects volunteered to remember a traumatic event while undergoing a PET scan of their brain. As they began to recall these events, the scan revealed a surprising phenomenon: the cortical areas associated with narrative memory and verbal expression became inactive or inhibited, and instead there was increased activation of the right hemisphere amygdala, a tiny structure in the limbic system thought to be associated with storage of emotional memories without words. These volunteers had begun the scan with a memory they could put into words, but they quickly lost their ability to put language to their intense emotions, body sensations, and movements.

No wonder our clients were having such difficulty putting their experiences, even present-day ones, into words! No wonder they had difficulty remembering the past without becoming overwhelmed! If the experiences are traumatic, if the emotions exceed the client’s affect tolerance, then the parts of the brain needed for differentiating past from present go offline and become inaccessible. Retraumatization now made sense: if we purposefully or inadvertently trigger old traumatic responses, brain areas responsible for witnessing and verbalizing experience decrease activity or shut down, and the events are reexperienced in body sensations, impulses, images, and intense emotions without words.

This new understanding enhanced my work with one of my clients at the time, Jessie. Now, although I continued to chuckle when she said she had nothing to talk about, I went on to ask her, “When you say, ‘I have nothing to talk about’ what happens inside? Do you feel more open or closed? Do you pull back a little? Shut down?”

“Interesting. A wall in your chest, your abdomen, or both?” I asked.

“And is it a familiar feeling?” I continued gently.

“Oh, yes! I get it with anyone who gets close to me. When I’m wishing to get to know them or wanting them to like me, it’s not there. But when they get closer, when they want something from me, the wall goes up.”

“How clever!” I said. “So your body created the wall to protect you from people who want things. That’s brilliant! Let’s just be curious about how it works, how your body knows when people want things.” I noticed that as I reframed the wall as a helpful tool, she looked more relaxed—and eager to keep talking. She was no longer that person who had “nothing to talk about.” Instead, she told me in detail how the wall helped her keep a poker face in her professional career as a demographer, but how it confused her friends.

“Yes,” I agreed, “the wall sometimes confuses me, too. Which is great---that means it’s doing its job.” At this point, we both laughed. Rather than letting the wall dominate her therapy and other close relationships, Jessie was learning to be aware of it, to hang out with it, and to be interested in its role in her life.

In this new age of trauma treatment, we aim to help our clients find the light---or at least to find their bodies, their resources, and their resilience. Of course, listening to and witnessing the clients’ experiences remain central to the treatment process, but we now focus on much more than the traumatic events in their histories, knowing these events don’t define who they truly are.

In contrast with 25 years ago, the trauma treatment of today focuses survivors not primarily on pain, but on accessing new, more expansive feelings, the kinds of feelings they would have experienced if they’d never been traumatized. As I often say to my clients, the goal of therapy is simply helping them reclaim their birthright, the basics to which all children are entitled: a sense of safety, welcome, and well-being.

This blog is excerpted from "Putting the Pieces Together" by Janina Fisher. The full version is available in the May/June 2014 issue, Treating Trauma: What Are We Missing?

Thank-you for mentioning the work of Dr. van der kolk, he has helped me immensely to understand this condition of PTSD that has robbed me of over a decade of life. I have suffered a lot of shame and feelings of inadequacy at overcoming this condition because I was told by a therapist that I was too attached to my story. I turned to meditation in hopes that I could detach from the memories, the visions, the flashbacks and bodily sensations that held me trapped in a field of timelessness. Thank god for neuroscience to help explain there is a lot more going on in the brain than some internal dialogue of deficiency. I had to deal with existential anxiety, moral duress, physical, emotional, spiritual abuse and loss of faith, loss of support network, while holding a job and providing for a family. Thank-you to all therapist that are following his lead to understand implicit memory and the different regions of the brain responsible for processing external experiences, from childhood on....especially complex trauma.