A Therapist Struggles with the Clinical Choices He's Made

Reflections on a Marriage Therapy with a Transitioning Spouse 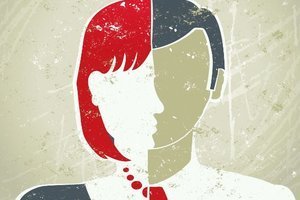 Very useful vignette, it illustrates effectively the need for consultation when practicing outside the scope of one's expertise which is a brave and educative thing for this author to disclose. I am a sex therapist and experienced in counseling mixed orientation couples such as this one. I think it certainly may have helped them had the therapist normalized and more directly confronted the inherent conflict when a couple that starts off as presumably heterosexual and cisgender becomes a couple struggling to integrate the coming out of one partner later in the marriage--not at all uncommon that they would initially seem to find a way to accommodate this and later on despite best efforts and intentions to end up separating--I don't forsee a different outcome for the marriage had this been handled differently but one hopes this is achieved more amicably fpr the couple and for the entire family with the help of therapy that is not overly focused on the person coming out as many gender therapists tend to do (who are not the ones who would not have been helpful in a consultation), but rather honoring the experiences of both parties. Amity Buxton has written about straight spouses in the context of spouses coming out as gay and bisexual where there is plenty of overlap but a better resource is V. Erhardt's "Head Over Heels: Wives who stay with Crossdressers and Transsexuals". The therapist should adapt to where the couple is at and support those who want to try to stay together but also support those who decide to separate. Another key point is to normalize the progression for some crossdressers to ultimate outcome of full transition which can be diagnostically confusing yet quite common for men who partner with women.

I was extremely moved by what you wrote for Psychotherapy Networker. As therapist, myself, and one who works with many couples (heterosexual, and homosexual), as well as individuals in the LGBTQ community, I just want to tell you that I believe you did a great job with this couple. It seemed to me that Glen/Emily had no idea that they were transgendered when you began treating this couple. And the way you handled Glen's cross dressing was very compassionate and appropriate. I think your treatment helped them both grow and evolve in many ways. I'm a straight female married to a straight male who likes to cross-dress occasionally. He's got great taste in clothes and shoes, and I love when he shops with me. But like Julie, I wouldn't have wanted to marry him if he had planned to transition to a female. He doesn't, and usually presents as male. But when he wants to present as female, I'm fine with it. I apply his makeup (He's not bad at it, but I'm better), and we'll go out and have fun. (Sorry--got off track there.). I just want to support you on your work with this couple. Clearly, Emily didn't know she was a female for many years. And you helped Julie accept Glen when he was struggling with his gender issues. I admire your work, and learned much from your submission. Warm regards, Machell Bekaert, LPC , Cht