How Concerned Should Psychotherapists Be? 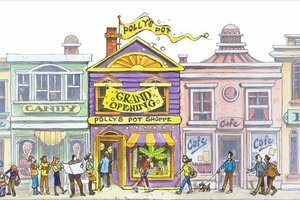 In November 2014, voters in Oregon, Alaska, and Washington, DC, approved the legalization of recreational marijuana, following the lead of Colorado and Washington State. More than 20 states have enacted laws to allow the sale of marijuana for medicinal purposes, and others have moved to reduce criminal penalties for possession of small amounts. But the more marijuana legalization reaches mainstream acceptance, the more the divisions of opinion within the mental health field—presumably the professionals who have the most scientifically informed perspective on the debate—become apparent.

In the face of the rapidly turning tide of public opinion, sometimes a reefer-madness level of alarm can be seen, even among psychotherapists who might otherwise be counted on to know how important it is to refrain from generalizing. On a listserv I subscribe to, colleagues have made such sweeping statements as “marijuana is a dangerous drug” and “adults who smoke pot act like immature teenagers.” One colleague even issued a warning that members on the listserv should be careful about expressing pro-pot opinions, lest our licensing board catch wind of them and decide to haul us in for drug tests.

Meanwhile, a close look at the evidence concerning the mental health consequences of pot use doesn’t support extreme positions on either side of the legalization issue. After combing through 20 years worth of research, Wayne Hall, a professor and director of the Centre for Youth Substance Abuse Research at the University of Queensland in Australia, published the following about the risks of chronic marijuana use in the August 2014 issue of the Society for the Study of Addiction.

• The risk of developing a dependence on the drug is approximately 1 in 10 for all users, and 1 in 6 for those who begin using in adolescence.

• Regular users have double the risk of developing psychotic symptoms and disorders, particularly if they or family members have a history of such disorders. This risk is elevated for people who start using in their mid-teens.

• Adolescents who regularly use cannabis have poorer educational outcomes, and they’re likelier to use other illicit drugs.

• Regular use that starts in adolescence and continues into adulthood may result in cognitive impairment.

These findings reflect the classic chicken-or-egg conundrum of correlation studies: are the negative effects of marijuana use an indication of the dangers of the drug, or simply a reflection of the fact that people with a variety of mental health problems are drawn to pot use? One study reports that cannabis-use disorders occur in up to 42 percent of schizophrenic patients, but it may well be that people with schizophrenia use marijuana to self-medicate, rather than display symptoms evoked by toxic effects of the drug.

Critics of marijuana legalization often ignore numerous studies that have found potential benefits of marijuana use, including managing symptoms and treatment side effects in conditions like epilepsy, Parkinson’s disease, post-traumatic stress disorder, HIV, and cancer. In addition, research has made it increasingly difficult to find support for overblown generalizations about marijuana use, like the belief that marijuana is a gateway drug. A large study of US 12th graders, published in August 2012 in the Journal of School Health, found that it was alcohol, rather than marijuana, that was a far more potent forerunner of high levels of use of tobacco, marijuana, and other illegal drugs.

Earlier this year, researchers at the University of Denver found that suicide rates among men actually fell by about 10 percent after the legalization of marijuana for medical use. In the public health realm, research published in 2014 shows that states that have legalized medical marijuana have suffered no increase in violent crimes or property crimes. On the contrary, evidence suggests that legalization may actually correspond with a drop in rates of homicide and assault, and it appears that the legalization of recreational marijuana does, too: violent crime in Denver dropped by 10 percent in the first part of 2014.

So far, mental health professional organizations haven’t reached a clear consensus about marijuana legalization. The American College of Physicians, the National Association of Social Workers (NASW), and the American Nursing Association all use language in their position statements that explicitly recognizes the drug’s medical benefits and supports the continuing investigation into its applications. The Oregon chapter of NASW has gone further, flat-out endorsing legalization of recreational marijuana there, concluding in a statement that, while imperfect, “the measure’s approach to marijuana use as a public health issue is more consistent with the social work profession’s mandate than Oregon’s current treatment of nonmedical marijuana use. Evidence points to cost savings for government and decreased prevalence of poverty when a public health approach is taken on marijuana, rather than a ‘drug war’ mindset.”

At the same time, the American Medical Association straddles the fence, perhaps to appease the conservative politics of many of its members and avoid the blow to its numbers that followed its endorsement of the Affordable Care Act, when it lost 12,000 members. Its most recent statement echoes the DEA position that marijuana is a “dangerous drug” and states that it shouldn’t be legalized; yet, to curb use, it supports public health-based strategies instead of incarceration. The position statement of the National Association for Alcoholism and Drug Abuse Counselors (NAADAC) rejects the legalization of marijuana for either recreational or medical use.

Whatever the politics of marijuana legalization, most experts agree that therapists should treat marijuana like any other substance that has the potential for abuse or dependence. Few therapists deny that risks may be associated with marijuana use—depending on many factors, such as age and amount of use—but most agree that some adults can use it in moderation without consequence. Essentially, our job isn’t to police clients, but to help them. “You can’t take a legalistic stance,” says Gerry Schmidt, NAADAC public policy chair and president elect. “If you’re looking at it from a viewpoint of ‘you’re doing something illegal,’ you’ve already passed judgment.”

This blog is excerpted from "The Pot Shoppe on Main Street," by Tori Rodriguez. The full version is available in the January/February 2015 issue, Mindfulness Goes Viral: What Would Buddha Say?

Marijuana use for medicinal purpose and legalization is probably a bad idea from a theraputic standpoint. Agreed, all the studies concerning the use have not been considered? And are probably ignored? However, the studies indicate for those with PTSD may have beneficial qualities for the disorder, but a lot of comorbid conditions like Bipolar and PTSD is not a good solution as a treatment considering that Marijuana and Bipolar Disorder is not a good match when comorbid with PTSD.