Can Open Relationships Ever Work—and When Should Therapists Support Them? 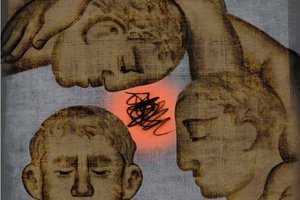 Although I’m a gay male therapist who’s worked with gay clients for 30 years, I don’t purport to know everything there is to know about sex among gay men any more than a straight therapist knows everything about heterosexual sex. But I do have a certain level of professional experience around a particular area of interest among my friends and colleagues—open relationships, or arrangements in which both partners agree to allow each other to have sex with people outside the primary relationship.

For gay men, open relationships aren’t unusual, but the arrangements vary. Some couples agree only to three-ways with both partners present. Other couples agree they can have sex with other people without the partner being present. Some agree to only a one-time hookup with another person, and others allow repeated hookups. But just because something is common doesn’t mean it’s right for everyone.

When a couple in a troubled relationship considers opening up the relationship as a way to fix their problems, an alarm sounds for me, and I often discourage them from doing so. But even for healthy couples, opening up a relationship in a way that’s not destructive is hard work and requires a great deal of communication around what is and isn’t acceptable. Thus, I invite my clients interested in taking this leap to take part in a contractual negotiation in which they agree to make the primary relationship the priority. They talk out the terms and limitations of the open relationship, attempt to ascertain if the relationship is solid enough to be opened up, consent to safer sex guidelines outside the relationship, think about what to share and what to keep private, and agree to try the arrangement for a specified period of time and then revisit it.

Yet even with these guidelines established, helping couples navigate this territory is a challenge. Often, this new freedom brings unexpected jealousy, communication problems, resentment, and the fear that one partner may fall in love, especially when the excitement of a onetime sexual encounter may be off the charts when compared to the familiar intimacy of a long-term relationship.

Since many couples tend to idealize the possibilities or be vague about the challenges, I ask an array of questions to help them get a reality check before jumping in. How will this affect their sexual life with each other? How will they be able to maintain their current relationship as the primary one? As other partners enter their lives, will the lines become too blurry? What if they develop romantic feeling toward somebody else? Is opening up a relationship truly an exploration or simply a cover-up for what’s broken in the couple’s bond with each other?

Barry and John enjoyed an easygoing connection, living more as best friends than passionate partners. They shared a love of good food and theater and were always kind and respectful to each other, rarely lapsing into conflict. In fact, Barry and I had been working on getting him to feel a greater sense of inner security so that he could feel more comfortable bringing up potentially hurtful issues with John, including their somewhat mediocre sex life. The decision to open up their relationship, however, came as a complete surprise to me. We’d never even discussed it as a possibility, and I could see that Barry was nervous telling me about it, especially since it was after the fact.

“A lot of couples enjoy the excitement early on,” I offered, “but it can lead to difficulties. Usually I ask folks going down this path to do what you and John seem to have done: consider keeping their relationship primary, be really honest with yourselves about what you’re comfortable and not comfortable with, and set guidelines based on this. For you, this means only engaging in three-ways together. Also, it’s important that you agree that hooking up is for fun, as opposed to something that’s used as a weapon if there’s conflict between the two of you.” He took a deep breath as I said this, and he responded quietly that John’s therapist had made similar points.

Looking back, I learned something about the sometimes hidden and unexpected possibilities of moving to an open relationship. Barry and John were ultimately able to forge a stronger and more open relationship---with each other. They were able to risk sharing their fears and hopes, no longer so worried that the relationship was too fragile---or that they were---to withstand honesty. Therapy was a gentle guide for Barry, keeping him on course and letting him know he’d have a place to return to.

Even in our highly sexualized society, alternative arrangements such as open relationships may seem alien and intimidating to many people, but as therapists, our challenge is to be less prudish and frightened by potentially negative outcomes. Often, what’s risky about an open relationship is risky about any relationship: the potential for lying, hiding, betrayal, disrespect. Thus, my focus is on those issues and the emotional context in which decisions are made. Therapists sometimes get caught in old images of what a relationship should be, confusing what’s healthy with what’s familiar. Most now accept that a loving couple can be made up of two men or two women, but many still maintain a traditional view that every committed couple needs to be exclusive.

This blog is excerpted from "The Challenge of Open Relationships" by Rick Miller. The full version is available in the July/August 2015 issue, Should This Marriage Be Saved?: Therapists and the Dilemmas of Divorce.