A Look Back at the Evolution of Trauma Treatment

Are Clinicians Still Turning a Blind Eye to a Key Factor? 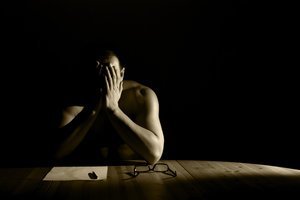 Back in the late 1970s, a motley crew of Vietnam War vets, sympathetic psychiatrists, antiwar activists, and church groups undertook a crusade to have a hastily assembled new diagnosis almost completely innocent of scientific research included in the DSM-III. Driven by a sense of mission and responsibility to the huge population of Vietnam vets and buoyed by the accumulating everyday clinical evidence that their war experience had profoundly disrupted the lives of thousands and thousands of young men, this unlikely coalition prevailed. Once established as a distinct disorder in the official manual of psychiatric diagnoses, the otherwise unaccountable behavior of badass vets—their hair-trigger tempers, violence toward wives and girlfriends, drinking and drugging, difficulty getting and keeping jobs, social alienation—suddenly made sense. There was a reason for it and the reason had a name and that name was post-traumatic stress disorder (PTSD). By giving words—a verbal shape, a definition—to an amorphous constellation of symptoms, what had before been invisible became a part of standard professional discourse.

As a diagnosis, PTSD is quite straightforward. A person is exposed to a traumatic event or events "that involved actual or threatened death or serious injury, or a threat to the physical integrity of self or others," causing "intense fear, helplessness, or horror," and followed, down the line, by variations on intrusive reexperiencing of the event (flashbacks, bad dreams, feeling as if the event were reoccurring, etc.), persistent and crippling avoidance (of people, places, thoughts, or feelings associated with the trauma, sometimes with amnesia connected to important parts of the experience), and increased arousal patterns (insomnia, hypervigilance, irritability, and so on). Clear, brief, intuitively sensible, the definition of PTSD implies a kind of satisfyingly simple, dramatic, and implicitly moral story line: individuals are innocently minding their own business when—wham!—they're slammed by a frightful, shattering, life-threatening happenstance, and are never the same again. The trauma may have "ended," but not in the perpetually recycling memories and disrupted nervous systems of the victims.

Yet no sooner had PTSD been signed, sealed, and delivered, than many clinicians began to realize that the new diagnosis by no means encompassed the experience of all traumatized clients. Soon after the publication of DSM-III, Boston psychiatrist and trauma expert Bessel van der Kolk recalls that a woman came to see him after she'd beaten up her boyfriend. "She said, ‘I have PTSD,’" he says, "but after I'd spent some time with her, I told her, ‘no, actually you don't have PTSD, you have something else. You cut yourself, you space out a lot and don't remember things, you shift personality, you feel lots of shame and self-blame, you get extremely upset by very small things—that's not PTSD.’'"

The patients he was seeing, almost entirely women, had multiple, often severe, and apparently global problems affecting their sense of identity and self-perception, their relationships, their ability to moderate emotion, even their physical health. They were, varyingly, clingy, needy, impulsive, enraged, depressed, despairing, or suicidal.

They also shared one other feature: they all reported histories of childhood incest. To van der Kolk, this was more than a little bizarre. The most authoritative psychiatry textbook at the time opined that not only was incest "extremely rare"—about one case in every million people—but when it did occur, it was often "gratifying and pleasurable"; at the very least, "the vast majority" of girls "were none the worse for the experience." Reflecting on the presumed rarity of incest cases, van der Kolk could only wonder, "Why are so many of them showing up in my office?"

PTSD didn't remotely account for the length and intensity of the abuse these women had suffered, their complex, heterogeneous symptoms, or the damage done to their personalities, capacity for relationship, and physical well-being.

The Power of DSM

In 1980, the Diagnostic and Statistical Manual's third edition (DSM-III) established the field's first standardized, empirically based listing of psychiatric disorders. It became the "bible" of psychiatry—the single, authoritative arbiter of legitimate diagnoses. If what ailed van der Kolk's patients was ever to be recognized by official psychiatry, it had first to be defined and presented effectively to the gatekeepers of DSM-IV, scheduled for publication in 1994.

In the late ‘80s, van der Kolk became one of the central players in the laborious spade work for getting some sort of "complex PTSD" diagnosis into the DSM-IV to be published in 1994. He and his colleagues worked with Bob Spitzer, the "father of the DSM," to define a new diagnostic entity, which Spitzer inelegantly called "diagnosis of extreme stress, not otherwise specified" (DESNOS).

Since DSM-IV, a massive body of neurobiological research has accumulated revealing how protracted childhood abuse and neglect can cause pervasive, devastating, and lasting biological and psychological harm.

It's by now glaringly obvious to mental health professionals that child abuse significantly increases the risk for mental and emotional disorders—and associated risks for alcoholism, drug abuse, and smoking. Who knew, however, that childhood adversity was major risk factor for many of society's most prevalent biomedical illnesses and causes of death—heart and lung disease, diabetes, liver and kidney disease, some cancers, sexually transmitted diseases (including HIV), and autoimmune diseases, for example? In light of all this, it's been asserted that child abuse is the largest single public health issue in America.

Unfortunately, the issue remains an uphill fight. Politically and socially, child abuse continues to be a taboo subject. Van der Kolk recalls sitting at a dinner next to former Surgeon General David Satcher in 1999, who told him about a new plan to address the adolescent suicide epidemic in the United States. "That's just great," van der Kolk replied, and began telling him about the Trauma Center's interventions to stem an adolescent suicide epidemic in South Boston. Mentioning the astonishing correlation between child abuse and suicide, van der Kolk added, "I'm so glad you'll be making this connection publicly, so that the issue of child maltreatment will get more attention." Satcher responded, "Well, no, we left that out of the report—it's way too sensitive a topic."

We've come a long way in our understanding of trauma. No one any longer denies the fact that wars can ruin the lives of soldiers and their families. But when it comes to physical and emotional violence within the family, advocates like van der Kolk insist that society continues to avoid the grim evidence. As he puts it, "We don't seem ready to acknowledge that the largest danger to our women and children isn't Al-Qaeda, but the people who are supposed to love and take care of them."

This blog is excerpted from "The Long Shadow of Trauma" by Mary Sykes Wylie. The full version is available in the March/April 2010 issue, Haunted: The Growing Debate Over the Legacy of Trauma.

It would be good to also recognize other pioneers in the child abuse field who in the 1980's and 1990's began writing about the long term psychological effects of child physical and sexual abuse in adult survivors, often mimicking borderline personality traits. One of the major contributors is John Briere, PhD, a psychologist who has written numerous books and articles and lectured widely on these issues. Books include Child Abuse Trauma: Theory and Treatment of the Lasting Effects; Treating Complex Trauma in Adolescents and Young Adults (with Cheryl Lanktree); Principles of Trauma Therapy: A Guide to Symptoms, Evaluation and Treatment; Psychological Assessment of Adult Posttraumatic States: Phenomenology, Diagnosis, and Measurement; and Principles of Trauma Therapy (with Catherine Scott).