The Labels We Use

When It Comes to Addiction, Sometimes a Diagnosis is a Client's Best Motivator 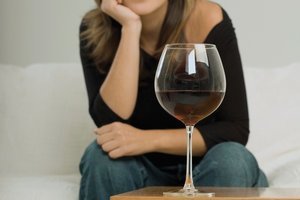 I have something to tell you,” Jolie said as she sat down in my office. “It’s really bad.” She went on to describe how she’d ruined a dinner with friends because she’d drunk two glasses of wine, gotten irrationally upset at something, and left before dinner was over. With a tone of mixed embarrassment and surprise, she remarked that she must have been drunk. But as I probed further, she admitted that she’d drunk “a little” before the dinner to take the edge off her day. And further probing revealed that her two glasses of wine at dinner were more like a bottle. As we talked more about when and how much she drinks, she began to acknowledge that her use of alcohol was starting to cause problems she’d been unwilling to see.

The labels we use to describe clients’ behaviors have important therapeutic implications. In Jolie’s case, it was tempting to diminish her fear and say, “Well, let’s not label this as alcoholism yet.” After all, her drinking hadn’t led to car accidents, bar fights, bouts of lost consciousness, or lost income. But I was reluctant simply to call her drinking a habit, because that would diminish the seriousness of it and imply to her that it was something easier to change than addiction. Although Jolie’s use of alcohol had indeed become habitual, both in the colloquial and neurobiological sense of the word, she was also exhibiting signs of addiction: loss of control over how much she drank and how she acted.

Of course, drinking to calm down, feel relaxed, and add some pleasure to an evening is a common use of alcohol and by itself doesn’t constitute alcoholism. But when it becomes the only choice to calm down, addiction is an issue. As therapists, we know that compliance with treatment is the biggest obstacle we face in planning recovery. Sometimes using the word addiction and explaining its neurological basis can help clients focus on the consequences of their behavior and carefully plan how to change their self-destructive patterns.

But how do we parse the tenuous line between addiction and habit? First, we must recognize that habit is part of addiction. Habit begins when we perform any action repeatedly in response to a cue, such as brushing our teeth as soon as we wake up. The action then becomes encoded in the brain as an automatic response to that cue. Done often enough, the entire action gets encoded in the brain as a “chunk”—a complete and automatic set of actions that occur without conscious decision.

Any behavior that repeatedly stimulates the release of dopamine in the brain’s reward pathway can also form a habit. Of course, many everyday activities stimulate dopamine release: exercise, sex, eating tasty food, social engagement, to name just a few. When dopamine is released, we feel pleasure. Thus, the activity is rewarding and we want to do it again. When we use substances that give us a big bang of dopamine, the temptation to use it repeatedly is strong.

Prefrontal executive decision-making occurs when we initially choose our behaviors—we voluntarily light up, get online, or pour the glass of alcohol. However, as we repeat the activity, the behavior gets encoded as a chunk, and the habit forms neurologically with powerful dopamine rewards. The behavior moves from voluntary to automatic, as prefrontal-cortex control is now eliminated and conscious choice is no longer part of the sequence.

Understanding the formation of all habits helps clients grasp the automatic nature of their addictive actions, and knowing about how craving is created by the intensity of the reward-pathway stimulation shows clients how potent this brain change is. It helps them understand the irrationality of addiction. They see how they can wake up intending not to use and then, by the end of the day and without any clear decision involved, they’ve stopped in the bar, had a few hits off a joint, or bought a pint of ice cream. Neuroscience tells us that prefrontal functions—such as judgment, analysis, and self-control—are damaged by large quantities of alcohol used consistently. Thus, even when not intoxicated, the thinking brain isn’t functioning in an optimal way.

The good news is that the brain quickly bounces back from much of the damage caused by alcohol, often within weeks, and while substances like ecstasy can be permanently damaging, many behavioral addictions and drugs of abuse don’t leave permanent brain scars. But during initial recovery, especially from alcohol, the brain needs a sort of external prefrontal cortex for a few weeks while healing begins. It needs help assessing situations, making plans, and exerting impulse control while trying to reestablish good function. The good judgment of a healthy brain takes a while to return. The best place to get that external prefrontal cortex is through therapy and 12-step meetings like Alcoholics Anonymous (AA).

Jolie didn’t consider herself an addict, but she did have a strong habit of drinking after her work day. Therefore, I discussed with her that once a person develops an addiction, they’ll probably need to avoid that substance or behavior. It was critical for her to see her drinking as serious and progressive—from habit to addiction. As long as she thought it was a “just a bad habit,” she wouldn’t consider drinking itself to be a problem. The power of the word alcoholic implied something more significant, and her fear of that word was going to help her be willing to talk honestly in therapy.

Although I suspected that Jolie was probably an alcoholic and that I hadn’t heard all the ways in which her drinking had presented problems in her life, we hadn’t yet come to an agreement about calling her use of alcohol an addiction. We did, however, agree that, to start, an important goal of hers would be to weaken the habit, the chunk of behavior that was pouring a glass of wine as soon as she got home from work. Weakening this habit would take time and require substituting drinking with a different behavior that would give her the same reward: relaxation of mind and body. Talking it over with me, Jolie thought that taking a hot bath seemed like a good way to release tension after work, but then she realized she’d probably just take the wine glass into the tub. To prevent that from happening, she decided to get some exercise every day immediately after work.

The release of physical tension at the gym helped Jolie quite a bit and gave her mental relief. Often when she’d get home from swimming or a spin class, she wouldn’t feel the tension that had driven her to drink. This was a positive step toward weakening her habit, but the cue of coming home still triggered the desire to drink. Now that she was aware of it, however, we agreed that if it persisted after a few weeks, she’d participate in a 12-step program so she’d have someone to call to help her past that trigger.

By seeing habit as part of addiction, Jolie was able to work out a treatment plan with me that wasn’t too overwhelming, pathologizing, or frightening for her to commit to. As she recognized her difficulty in moderating her drinking behavior, especially when under stress, Jolie agreed to accept AA as an addiction-recovery resource. She now understood that her drinking was encoded in her brain in a way that went beyond an ordinary habit pattern.

At this stage, neurobiology’s biggest contribution to addictions treatment isn’t so much a distinct clinical method, but a means of increasing motivation for change. By destigmatizing clients’ shame and self-blame, brain-based explanations get resistant clients to listen to treatment recommendations they might otherwise reject. For therapists, this leverage may be brain science’s most important contribution to our clinical toolbox.

This blog is excerpted from "Habits vs. Addictions" by Margaret Wehrenberg The full version is available in the November/December 2013 issue, Our Habits, Ourselves: Can the Circle Be Broken?

Good article. Have had many similar cases over the past few years. Have used a similar approach and have learned something from Margaret Wehrenberg's ideas.