Does Self-Disclosure in Therapy Hurt or Heal?

Finding a Balance in Sharing Personal Information with Clients 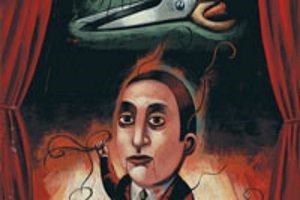 Robbie, a slight man in his fifties with receding hair and a warm, round face, makes a beeline for me before the workshop starts. He says, "I came to this because I got into real trouble disclosing something about myself to a couple. Even my wife is angry with me."

"Great," I reply, as Robbie lurches back a step, startled. "We'll discuss times when disclosures don't work, and if you're comfortable telling us what happened, we'll all learn from it."

Some 20 minutes into the workshop, Robbie recounts, "I was working with a couple last week. The husband, Bill, made an allusion early in the session to thoughts about other women. Things were tense between him and his wife, Anita. Finally, I said that I'd had a few fantasies over the 30-some years of my marriage, but I'd never acted on them. I wanted to indicate it was normal to sometimes have thoughts about other women. As I talked, Bill nodded. But suddenly, Anita screeched, 'What do you mean normal?! That's cheating!' The next day, I got a phone call from Anita's mother, accusing me of being a sex addict. And I practice and live in the same small town."

I sigh sympathetically, along with many other audience members, and say, "It's the old story: the message sent is often not the message received. What you disclosed was heard in one way by Bill and in another way by Anita."

Self-revelations are complicated when there's more than one client in the room because they're filtered through multiple dynamics. For instance, Anita may already have felt that since Bill and Robbie were both male, they were implicitly allied. Afterward, it seems she thought she could count on her mother, not her husband, to listen to her distress about what their therapist had said.

Without our being aware of it, our disclosures may provide a distorted picture of our personal relationships. Although Robbie was happily married, Anita's interpretation of what he said led her to believe his marriage was in trouble. Robbie's wife was hurt by this inference when she learned about it through the small-town grapevine.

Thus, despite our best intentions, self-disclosure can backfire. So why are we drawn to it so strongly as a therapeutic tool? Hundreds of therapists in workshops I've led in the United States, Europe, and Latin America have said they share personal information to strengthen the therapeutic alliance, demystify therapy, and reduce the power differential between themselves and their clients. Given that research has found that the quality and nature of the therapeutic relationship---not the specific model or method---account for up to 30 percent of the variability in therapy outcomes, they'd appear to be on to something. Research shows that clients consistently rate therapists' disclosures as useful---when they're done skillfully.

When I've asked people who've gone to therapy what was most helpful, again and again they've described times when their therapists shared something about their own personal struggles. Maria, a client who'd recently left her partner and family to move into her own place, said, "After I'd heard about Sara's ups and downs when she separated from her husband, I didn't feel crazy anymore. I was a person with understandable emotions and feelings, similar to what Sara had experienced." Numerous clients, from varied backgrounds and of different ages, consistently said things like: "My therapist's stories helped me see we're all human and I wasn't a bad person"; "I didn't feel put down coming to get help"; "I felt less alone"; and "I learned that we're all vulnerable, and that it's important to let others see it."

The Elephant in the Room

I usually begin my workshops about the uses and misuses of self-disclosure with the comment, "We've been ignoring how much therapist disclosure happens, whether we mean it to occur or not."

Much of what we reveal is inadvertent. The watches and jewelry we wear or don't wear, how we dress, our hairstyles, how we talk, or how we decorate our offices all tell a story. Then there are unforeseen and undesired encounters outside of therapy, like the time in a grocery store when I was scolding my daughter and looked up to see a client watching me.

In therapy, the current or past events we reference and the themes and topics we pick up on (or don't address) can be telling. In the third session with a divorced couple and their older children who primarily lived with the mother, I found myself focusing on her financial difficulties. I asked questions about how much child support the father gave. It turned out he was paying substantially more than their divorce agreement required, and that wasn't an issue. My inquiries pointed a finger at my own experiences with my parents' divorce. As family therapist Charles Kramer noted, "It is impossible not to reveal ourselves. And when we try to be a blank screen, we reveal that we are concealing, which is a message in deception."

So in the discussion about self-disclosure, we need to move beyond an either/or frame, as in "yes, do it" (often the stance of feminist therapists), or "no, keep tight boundaries" (often the position of traditional psychoanalysts). A both/and frame---which looks at when, where, and how revelations by therapists support the therapeutic process and when they get in the way---establishes a more realistic place from which to analyze and understand the possibilities and dangers inherent in disclosure. Focusing on the timing and process of disclosures can move us out of an "it's good" or "it's bad" position. The ways we disclose, read cues from clients, and ask questions and discuss what's been divulged provide safeguards for our clients and opportunities to advance their therapeutic goals.

This blog is excerpted from “Therapist Self-Disclosure". Read the full article here. >>

Just a few weeks ago I submitted a testimony that was shared with other standers explaining that my husband told me he loved me, was in love with me, always had been, and always would be. The timing of his message was amazing...just 3 days after i contacted priestandrew91@yahoo.com for him to please bring my husband back...that I was struggling in my marriage and needed it back. Now I am beyond thankful and thrilled to share that my husband and I are together and we are stronger in our marriage because of Priest Andrew's help.