Do We Still Need Therapy? 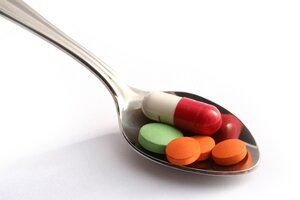 Editor's Note: This excerpt comes from an article that originally appeared in our January 1997 issue.

Currently, the most common mental health disorder in America and one of the most costly, depression racks up a staggering $54 billion a year in costs from work absenteeism, reduced productivity, lost earnings and treatment expenses, according to the National Institute of Mental Health. Depression is also among the most medicalized of psychiatric diagnoses; indeed, family doctors, not psychiatrists, write up to 70 percent of antidepressant prescriptions, with a wide array of meds to choose from.

But does the wide prevalence of depression, the staggering popularity of drugs to treat it and the obvious zeal for medicalizing the whole problem constitute prima facie proof that it is a disease? Can we now reduce the complex phenomena of depression, with all its emotional, cognitive, relational, social and biological elements, to a simple neuro-chemical mistake? Or is it possible that most depressed people are not "sick," and that biology only represents one component in the reasons for their depression and the way they experience it?

While the symptoms of depression, at least as officially described in the Diagnostic and Statistical Manual, may seem to many to be fairly clear-cut and predictable, its origins and antecedents are not. Genetics, childhood trauma, unconscious guilt, neurochemical imbalance, poor interpersonal skills, learned helplessness are all potential "ground zeroes" by one school of therapy or another. In fact, the way therapists regard and treat depression might be considered as a kind of professional Rorschach test, revealing far more about their theoretical allegiance than about the true condition of their depressed clients.

The rising fascination with evolutionary psychology and biological determination has led some experts to proclaim, without much evidence, that all emotional states (including depression) are ultimately based on biology.

Writing in the Archives of General Psychiatry in July 1985, psychiatrist Gerald Klerman and his colleagues identified some of the social stresses they believe account for the higher rates of depression. These include urbanization, changes in family structure, new gender roles and occupational shifts. All of these trends unsettle people, uproot them from traditional mores and meanings, confuse them about who they are and what is expected of them and create many new opportunities for experiencing inadequacy and failure.

Psychology researcher Martin Seligman suggests that, as a people, we tend to be more self-absorbed than our forebears, and thus more hypersensitive to each transient mood. Seligman thinks that we may also have unrealistically high expectations of ourselves and others, even as we increasingly feel both more helpless and hopeless about controlling our lives.

There is no question that genetics and biochemistry play a part in depression, but the best data from identical-and fraternal-twin studies indicate that genetics can be identified as a cause of unipolar depression less than 20 percent of the time. But, if, as the evidence now shows, cultural and social forces contribute more to the onset of depression than does biology, medication is only a partial solution.

More important, there is now abundant evidence that therapy is as effective or more effective than drugs are for treating depression, with lower rates of relapse. While medications can help relieve symptoms, and possibly help clients take better advantage of therapy, the reputation of Prozac or Zoloft as miracle cures for depression, rendering therapy obsolete, is simply not supported by research.

While medications are often invaluable for symptom relief of depression, their effectiveness is not evidence for an underlying physical pathology. Medications work because they have a relevant chemical effect, indicating a correlation between their impact on specific neurotransmitters and mood. But while there are some cases in which medications may help depression sufferers without additional treatment, the consensus among most depression experts is that only prescribing medications is generally a disservice to the client. Most people require much more substantial psychotherapeutic help to learn the skills necessary for solving problems and avoiding future difficulties, if their medication-improved mood is to endure.

What is it about psychotherapy that makes it so vital to treatment, that gives depressed clients something they cannot obtain from medications? People become and stay depressed partly because they tend to explain life's ordinary defeats and disappointments in terms of their personal inadequacies and failures, and then believe their own negative opinion of themselves. Others have deeply pessimistic worldviews that influence their mood states and tend to engender self-fulfilling prophecies. A healing relationship with a therapist can provide the kind of personal support and teaching that can clear up the misperceptions that contribute to the negativistic view of life typical of depressed people. Therapy can help clients see life events from different perspectives and reattribute experience by assigning alternative explanations for life events that are less damaging to themselves than the typical depressive worldview. The ability to see and interpret events from new perspectives is critical to mental health.

We must be aware that therapy works with depressed people because it draws on the clinical skills and adaptability required to understand a complex disorder skills no pill can mimic. Therapists also need to emphasize active, solution-oriented treatments over pathology-based passive ones. Rather than search the dim past for causes of presumed deficits, we need to actively teach clients the specific skills they need to manage their feelings and develop what author Daniel Goleman calls their "emotional intelligence."

So, for the sake of your profession and your integrity, watch out for facile explanations of depression that reduce complex issues to catchy slogans. Your clients will thank you, and you'll feel better about your vital role in treatment.

Michael Yapko, PhD, a clinical psychologist and marriage and family therapist, is internationally recognized for his work in clinical hypnosis, brief psychotherapy, and the strategic treatment of depression. He’s the author of 13 books, his latest being Mindfulness and Hypnosis: The Power of Suggestion to Transform Experience. Others include Breaking the Patterns of Depression; Depression Is Contagious; and Trancework: An Introduction to the Practice of Clinical Hypnosis (3rd edition).

This blog is excerpted from "Stronger Medicine." The full version is available in the January/February 1997 issue, Uncommon Sense: Reviving Ophelia's Mary Pipher Helps Families Stay Sane in a Crazy World.