Wrestling with Our Clinical Choices

Do Any of Really Know What's Right? 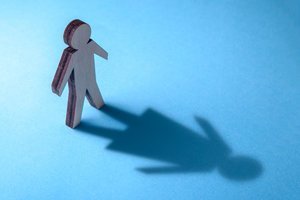 [...] There you will find 78112 more Infos: psychotherapynetworker.org/daily/posts/couples-therapy/transgender-counseling-a-therapist-struggles-with-his-clinical-choices/ [...]

I agree with the comment that this therapist was "brave." We should be able to discuss evolving in our personal lives and professional lives without the scrutiny of virtually anonymous people on the internet criticizing us. We've all been in situations that were difficult to maneuver due to our lack of understanding or knowledge but desire to help, especially when a trusting relationship already exists. Also FYI medical doctors quite frequently treat people with conditions they know nothing about. And mistreat them. And misdiagnosis them. Welcome to the medical profession of trial and error.

I am a counselor who work with clients who are transgender and love my work. I have read a lot of books and been mentor by others doing this work. I would love to take some courses for CEs but can never find any. Do you have some resources? I noticed that you mentioned in your remarks that there are places to get CEs.

I think the title of this article is misleading. It sounds as though the therapist was transgender, which wasn't the case. I think it is a disservice to not seek out supervision or refer clients to another therapist if you feel you are way out of your skill set as a therapist. The issues that transgender people face are very difficult and a therapist can do real damage if they don't have training with transgender issues, or if the therapist isn't willing to face their own uncomfortable countertransference feelings. A medical doctor would not treat someone with a condition that they new nothing about why do therapists think they can do this and that it's ok? We as a profession really need to examine this closely. Transgender people deserve the best mental health treatment just like all of us do. We need to take a good look at our own issues as therapists. That said, I'm glad that this therapist was brave enough to reveal these doibts about his/her work.

I'm so sad to hear about these things. I'm a 39, married, 2 kids. I used to be 100% gay but I've found the way out. I'm sad to hear people saying "it can´t be done", when they think about sexual orientation change. It CAN be done! I'm not telling you that it MUST be done. No way! I've got a Master in Public Health and I wish people could open their mind to ALL different points of view. I hope politic won´t defeat Science forever, as it has done up to now. Contact: clausofe@gmail.com P.S: I'm from Brazil.

I am an LICSW, married for twenty years to David Fabian, MD (an orthopedic surgeon), and now to Deborah Fabian for three years. Please read my recently published book, My Husband's a Woman now: a Shared Journey of Transition and Love. I believe it can be a useful tool for therapists, as well as providing assistance to others like us. This is not my dream come true; it's my spouse's. However, our relationship remains loving, mutually supportive, and truly better than most! We have six adult children between us, all of whom have accepted their father's/stepfather's transition to female. You may read excerpts from my book at Amazon or Barnes and Noble online. It's available in paperback, as well as in ebook form. This transition was a very challenging chapter in my life and I know that it's not for every wife. Compassion and support are necessary for BOTH individuals in a transgender relationship. It behooves us, as therapists, to learn whatever we can about this phenomenon. I'm convinced that it will be showing up more and more frequently.

You wrote, "In retrospect, I realize I was reluctant to confront Emily about the effects her decision might have, not only on their marriage, but also on their children." I am guessing that Emily likely had already spent plenty of time considering those things, as most transgender folks do. I think that it is just as well that you didn't ask her those questions, as it might have simply been received as unnecessary guilt-tripping. A transgender person who chooses to self-actualize is acting from their deepest core, and is has their best chance at happiness when they are able to transition their body to match their self-image to whatever extent they feel led to. Ultimately the health of the individual must come before the marriage. As for the children... There are many children of transgender people who adapt to the change and thrive, just as children can continue to have a happy life after a parent comes out as gay, or becomes differently able, or any of a number of changes that can happen in a life. Please do go seek some education about how to work with trans folks - there are a lot of good books and CE courses these days.

More and more our culture is slowly making room for people to be truly authentic. It is about time. there are so many people who struggle with self-esteem issues, who are heterosexual,not comfortable in their own skin,. And here are a group of people who have been forced to live invisible. Our society has long been looking at those who are different, with disdain and disrespect. How terribly sad, how terribly disrespectful to human beings who have such a brief time on this earth and have to hide their true identity. Joe Kort has wonderful information about the culture of gay, lesbian, transgendered people. We all should take the time to notice that they are human just like us. How they choose to live their time here on earth should be, needs to be their choice. What right do any of us have to make those decisions about who is okay and who is not. None of us should be looking into the bedrooms and hearts of others unless someone is physically or psychologically in danger. These people are people. They have enough challenge to survive in a hostile world. Let's make it a welcoming one.
Paula Susan