Lessons from a Retired Therapist 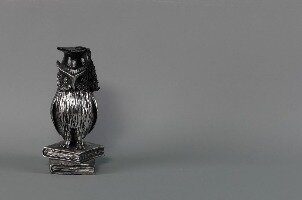 I have something to confess: I practiced for almost fifty years, and just recently retired with a feeling of satisfaction. Over time, I learned to march to the beat of my own drum. I worked mostly with teens and young adults, and faced many challenges along the way with this population. Some of my early training principles withstood the test of time. Others gave way to adaptations and redefinitions. Here’s what I’ve learned in my journey to contentment, and what I’ve found works in therapy. Some of you may find yourselves nodding along. These are my tales from the trenches.

When I did therapy, self-disclosure became somewhat of a joy for me. I often told young folks how I reacted, at their age, to boring classes, being teased in middle school, and being rejected by girls I was interested in. When I did, they listened attentively with a smile and asked me how I’d handled the situation. I confessed to worrying and seeking my friends’ advice about it. At my late stage of life, I told them, I could chuckle about it, had few regrets, and saw these experiences as part of my journey to growing up.

This self-disclosure often led to my clients their sharing their own stories and asking for advice. I’d meet their responses with empathy, and rather than lecturing them, encouraged them to think out loud about exploring other possibilities. Over the years, I came to believe strongly that teens and young adults appreciated my modeling vulnerability. This isn’t to suggest I was trying to make my past issues theirs. Rather, the goal was to communicate that I’m not perfect and don’t expect my clients to be.

I landed more on the directive side of therapy. I didn’t tolerate long silences and made a point of asking early on whether there was anything about me they’d like to know. My clients’ questions often revolved around whether I had kids, whether I’d ever smoked weed, where I was going on vacation, and where I was from (I could never shake my New York accent!). Of course, if they asked something too personal, I didn’t hesitate to say so and ask why they were curious.

I can’t stress enough the importance of having a good sense of humor. Therapy is serious business, but humor can help lighten young people’s pain, facilitate self-disclosure, and help them feel more comfortable with themselves. It served me well in and outside of the therapy room. I found it particularly useful with anxious and depressed kids. I’d ask kids about their favorite funny movie, comedy show, or joke that they’d heard. Most clients were more than happy to share and laugh along with me. On occasions when a client said they couldn’t think of anything funny, I’d empathize with their situation and tell them we’d have to make finding something funny one of our goals. Believe it or not, at some point they would surprise me with a funny, memorable story. It was a great barometer for their progress.

Here’s another confession that may surprise you: every now and then, I’d make up or embellish a story to reinforce a point I was trying to make. Often, the issues I’d discuss with clients revolved around risk-taking, and I’d tell them about others who’d forced themselves to keep trying something until it eventually paid off. I’m reminded of a scene in the classic movie Risky Business where a young man, played by Tom Cruise, is afraid to throw a party. Then, one of his friends says “Sometimes you’ve just gotta say what the f***”.  That always landed a smile with my clients, even with depressed kids.

Another card I played to build connection was asking clients for advice about something they were likely to be familiar with—for instance, texting, translating teen jargon (BFFs, LOLs, and the like), new music and video games, and Snapchats. I vividly remember several clients’ reactions when I showed them a list titled “This Year’s Ten Best Video Games.” Okay, but what’s the payoff? you might wonder. Simply put, it’s empowering. Asking these sorts of questions helps clients feel respected, useful, and more likely to seek their therapist’s advice or make a request. Of course, on rare occasions, I was also called a technology dinosaur. Oh well, that’s one of the joys of growing old!

There were other, smaller therapeutic challenges. I can’t tell you how many times my clients asked me if I had a phone charger they could use during our sessions, or a bottle of water or something to munch on. Every now and then they might ask me if we could end the session a little early so they could be on time for sports practice, a class they had to make up, or to hang out with a friend.

Again, I know that therapy is serious business. I’ve always been respectful of that. But in my experience, good therapy is all about facilitating insight, reducing negative thinking, and paving the way to behavior and mood change—and that doesn’t always mean using a traditional approach. That’s not to suggest that these approaches aren’t effective, but there’s always room for improvement.

When I think back over my decades as a therapist, my heart warms knowing that young clients who came to see me often began therapy with a frown and left it with a big smile and the assurance that they were ready for Prime Time. Yes, some clients did drop out along the way, but that comes with the territory.

Hopefully you can take some of these ideas and put them to good use in your own therapy. Enjoy the journey!

Neil Bernstein, PhD, has been a practicing clinical psychologist for almost five decades. He's the author of Treating the Unmanageable Adolescent, How to Keep Your Teenager Out of Trouble and What to Do If You Can't, and There When He Needs You, a parenting guide for dads.