Retirement from the Inside Out 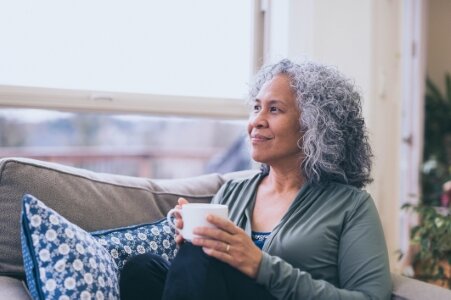 Editor’s Note: The following is adapted from The Inner Work of Age: Shifting from Role to Soul

In April 2021, Joseph Coughlin, director of MIT AgeLab, which fosters new ideas and technologies to assist people throughout the lifespan, noted that there are roughly 8,000 days between birth and college graduation, 8,000 days between college graduation and a midlife crisis, and 8,000 days between a midlife crisis and retirement. And, if we’ve planned well, there are another 8,000 days after retirement. As millions of Baby Boomers enter this unprecedented stage of life after retirement, they typically ask, “What will I do with that time?” The loss of roles, structure, and purpose that accompanies retirement may trigger a late-life identity crisis. As clinicians, we need to assist them in asking a deeper question: “Who am I now?”

A recent survey of people 75 and older, which intended to explore the issue of identity after retirement, found that only nine percent felt that their identity remained wrapped up in their former career or parenting. That means that 91 percent came instead to identify with their current activities and interests. Even high achievers, like doctors, lawyers, and executives, reported that success quickly faded into the background as they redesigned their lives. Age Wave, a thought leader in aging issues in business and healthcare, released a 2016 study titled "Leisure in Retirement." It found that nine out of ten retirees reported they enjoy having a less structured life and often feel happy, despite the widespread reluctance of people to leave paid work

So, if most people who let go of career identities really enjoy the years after retirement, why are people still afraid of retiring? Our own inner obstacles—unconscious identification with youth, success, and doing—keep us from crossing the threshold into a new stage of life. I call that part of us that denies age “the inner ageist.” It protects our identification with the youthful, carefree spirit in us who revels in possibilities. It also may protect us from awareness of our own mortality until we are ready to deal with it.

However, in midlife and beyond, when we need to adapt to aging but continue to identify with the inner ageist, we become locked in denial. That internal part keeps us from self-acceptance, self-care, and self-actualization. It keeps us in the eternal youth, who lives in dreams and possibilities, but not in reality.

My 50-year-old client Gina grew up in a family in which her father was a successful lawyer and her mother and disabled sister were severely depressed, spending most of their lives at home. Gina became the family savior, the only one capable of following in her father’s footsteps. She earned a PhD from UC Berkeley, then immediately started law school and pushed herself into burnout through long hours, perfectionism, and lack of self-care. She couldn’t imagine doing anything but study and work. She’d never had an intimate relationship, was disconnected from her feelings, and was so exhausted that she feared becoming ill.

After a decade of work, she gained partnership at her firm, and her career was established. Another decade went by on autopilot. She found that she was not thriving in the world of law and began to daydream about a new direction. I met her at this juncture, when she realized that she needed some support and guidance.

As we began therapy, Gina uncovered an internal part that had protected her from being like her mother and sister. “I’m smart and capable—not like them,” this inner character insisted. It gave her confidence and a sense of identity that was distinct from her mom. She had continued to work relentlessly to prove herself different from her mom and to avoid the feelings of emptiness that she might feel if she stopped—and to avoid the dreaded depression of her mother.

At my urging, she began to do yoga. When she experienced moments of slowing down, breathing deeply, quieting her mind, and connecting with her body, she sobbed. Again and again, she allowed the feelings of isolation, grief, and fear that had been stuffed away for a lifetime to begin to surface.

And then a man entered her life, and a tender romance began. She began to open her heart, express her needs, and even slow down enough to be present with him. She wanted time with him, and the Driver began to recede.

This is not a romantic solution to an emotional problem. This is simply what happens with an internal shift in the psyche: There is an opening, and something new appears.

As her relationship deepened, we began to explore her femininity, which she had rejected along with her mother. At last, she could reclaim her connection to her body, sensuality, and feelings. For the first time, she began to feel compassion for her mother and to grieve about how her mother’s life had passed her by. As this development unfolded, Gina’s unconscious identity shifted from doing to being, from her achievement to her essential nature, and the Driver receded.

The question surfaced: to retire or not to retire? In the end, for Gina, the answer was not about leaving work; it was about retiring the Driver. She shifted to a different area of law where she could serve a community in need and take care of herself at the same time. She worked at a different internal speed limit, honored herself and her relationship, and found a larger purpose in service to others.

The Driver is endemic to our workaholic culture. In fact, in many work settings, that part of us is encouraged or even required. And it is this habitual internal drive, which assured our survival in childhood, that goes on unconsciously for decades in many of us—and that keeps us from stopping. We are not even aware that it’s stopping us from stopping.

I, too, struggled with letting go of the inner ageist and its fear of becoming irrelevant. And I needed to break free of my identification with the Driver’s productivity to make this transition. During each week of my 30-year career as a therapist, I shared intense, intimate moments with my clients. I felt privileged to mentor them and watch them alter deeply ingrained patterns, eventually leading more fulfilling lives. My heart was filled by their openness, vulnerability, and honesty. It was filled with compassion for their suffering, too.

But during my sixty-eighth year of life experience, I noticed a restlessness, a stirring that I had felt several times before at the end of a cycle and the beginning of another—when I had stopped working in journalism but didn’t hear a new call and stepped into the dark unknown; when I had left book publishing and decided to go to grad school to become a therapist, but without financial or emotional support. Each time, I heard a quiet whisper of intuition and agreed to leave behind my former self, not knowing what lay ahead. Each time, a path appeared, with allies and guides and, eventually, a fulfilling destination.

Now, I was aware that I was approaching a threshold again, although no one else in my friendship circle was using the word retirement. After many years of attuning to myself, I listened to the conflicting inner voices:

I don’t want to travel. Then I book more trips.

I want to slow down. Then my calendar fills up.

As I reflected on these internal contradictions, I became aware that it no longer bothered me when clients disappeared without formal closure. Previously, I felt that I was left holding the relationship when a client stopped communicating. Now, I could let it go. Previously, I looked forward to traveling from the Santa Monica mountains into my office in town. Now, I didn’t want to make the drive. Previously, I enjoyed traveling into others’ inner worlds. Now, I wanted more time to explore my own.

It wasn’t that I cared any less about my clients; it was that my attention was moving away from the work, and my heart was opening in other ways. What was it moving toward? I imagined writing a new book and teaching large groups as another form of service, rather than the intimate one-one-time in therapy.

Then, the most essential question arose: Who am I, if I’m not Dr. Connie, a therapist, the shadow expert? What would it mean to let go of my role and my brand? What have I sacrificed to maintain that role? Who am I if I am no longer the Doer? How do I overcome resistance to letting go in this transition?

By attuning to my inner dialogue, I began to see that my inner Doer was sabotaging the call to retire. But the call was coming from a deeper, more intuitive knowing. In my meditation practice, I observed my thoughts and watched the Doer arise. Its message: “You haven’t done enough. You haven’t helped enough.”

With these conflicting inner messages, I needed to center myself and follow the intuitive call, rather than the voice of the inner obstacle. I allowed myself to let go gradually.

First, I stopped accepting new clients. When they emailed, I took a breath, wished them well, and referred them out.

Next, I began discussing my departure with existing clients. We explored the range of their feelings and moved slowly, each in a unique way, toward completion.

A few months later, the opportunity came to give up my city office. I went for it—and let go into the unknown.

I suspected that, with freedom, there also would be loss. I would feel less needed and less important for a while. I would feel less secure and more uncertain for a time. I would feel less independent with the loss of income. It would change my partnership with my husband, who was still working, and the way we cared for one another. And I might feel less purposeful and a bit disoriented, with the path ahead still hidden.

Perhaps hardest of all, I would lose the precious vehicle—the clinical relationship—in which I’d been transmitting all that I’d learned from my own inner work, intellectual development, and spiritual growth to others. It had been a sacred container to radiate my development to others, who willingly received it.