A Lesson on Listening and Privilege 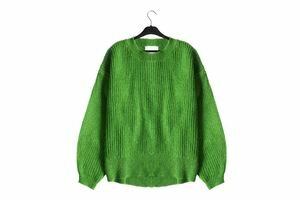 I’m a white Irish American man. For a long time, I believed I wasn’t racist. Then, in 1997, I trained with a Gestalt therapist who believed in the importance of authentic dialogue and encouraged me to think more deeply.

Authentic dialogue hinges on mastering the ability to truly listen to the experiences others. Applying it in therapy has not only improved my work with clients, but convinced me that it can work on a larger scale, perhaps even helping to heal our country’s racial divides.

My instructor died just a week before George Floyd was murdered, but I think he’d agree that there’s no better time for white people to become skilled listeners.

I was a 34-year-old with an accounting degree when I decided to return to graduate school to study family therapy. Changing careers was a big decision, and my poor self-esteem didn’t make the transition any easier. I was sure no program would have me. Who would want an accountant? I thought.

There weren’t many male therapists, however, which I suspect cinched my acceptance into a program where the ratio of men to women was one to five. Our director was an African American woman who was very passionate about training us to be culturally sensitive therapists. I learned a lot from her about feminism and my privilege as a white male in our society.

It turns out I was more comfortable looking at my sexism than my racial bias. Whenever it came up, I’d feel like I was being criticized for something I hadn’t done. I’d squelch the urge to blurt out something like, “My great-great grandfather fought for the Union at Gettysburg!” I also felt I could prove I wasn’t racist because there were Black people I admired and looked up to in my life.

After graduate school, I did a three-year postgraduate training course in Gestalt therapy. My cohort of twelve students met one weekend every month. I was the only male student in the program: Tyrea was the lone African American.

Not only was our training intense, but it was a big financial commitment. Thankfully, my employer helped with the cost. Other students, Tyrea included, defrayed costs by setting up and cleaning up after the weekend trainings.

I was newly married during our second year, and for Christmas, my wife’s family had given me a nice green sweater. I liked it and wore it often, including to trainings. But when you do “hot seat” Gestalt work, the room can get very warm. In the winter, with steam heat running, the place felt almost tropical. In one session, I took off my new sweater and forgot to take it with me when I left.

Once I realized what I’d done, I immediately called the program. They told me I could try Tyrea, since she’d cleaned up that day. I reached her in a panic, explained what had happened, and asked her if she’d seen the sweater. She hadn’t. To my relief, it was still there when we returned the following month.

Sunday trainings were spent doing personal work within group with one of the faculty members. That day, my late teacher, Phil Lichtenberg, was facilitating. When he asked if anyone had something they wanted to work on, Tyrea spoke up and said she had an issue with a member of the group.

As was the practice, she sat in a chair facing Phil as he asked her who the member was. I was taken aback when she said my name and described how I’d called her about the missing sweater. “Did you think I stole it?” she wanted to know. “Or do you think it’s my job to clean up after you?”

At first, I was embarrassed, outraged, and defensive. How could she accuse me of thinking those things when I was only asking if she’d seen the sweater? Also, I was told to call! I felt desperate to explain to her and everyone in the room what had happened from my perspective. But instead of allowing this, Phil silenced me and said we’d be taking turns. One of us would need to listen, without interrupting, while the other spoke about their experience of what had happened. Tyrea went first.

It takes discipline to truly listen to someone’s story—especially when you have your own to tell. It requires both sides knowing that they’ll be heard. This is where a therapist plays a vital role.

I trusted Phil’s integrity, held my tongue, and did my best to listen to Tyrea with an open mind. At first, this felt almost impossible, but the more she told her side of the story, the more I was able to put my need for vindication in check.

Her family had a history of working for and taking care of white people. Their motives were regularly questioned by these employers, and Tyrea grew up with an understanding that honest Black people are often marked as thieves. I began to see my privileged experience of not having to put up with these kinds of unfair assumptions and accusations, feeling free to express outrage when I was accused, and righteous in assuming I shouldn’t have to endure it.

A Need to be Heard

As a couples therapist and addiction counselor, I regularly facilitate the client’s need to be heard. If after an infidelity, a couple decides to work on their relationship, they’re committing to a lot of deep listening. The betrayer has to hear about the impact of their betrayal. They’ll often ask, “Why do we keep bringing up the past?” It’s simple: because the betrayed person thinks about it constantly.

Many people, myself included, tend to get defensive when terms like racism and privilege get thrown around. But just like the couples I work with, we have to listen and try to understand how our actions—no matter how innocuous they may seem to us—may be hurtful to a person of color living in a society that rarely takes the Black experience into account.

To learn from Tyrea, it was crucial that I listened first. It was my privilege that had me insisting my side of the sweater story needed to be understood first. Thanks to Phil’s firm, loving guidance I was able to listen, and Tyrea was able to listen to me. For it to be the other way around would’ve been a repeat of an old power dynamic. And once again, she would’ve felt betrayed.

Achieving this country’s ideal of racial justice and equality will take an ongoing commitment from everyone, but especially those with privilege. We must listen when people of color tell us their experiences. This requires strong leadership but also empathetic healers like therapists, who can share authentic dialogue skills and help us quiet our defenses.