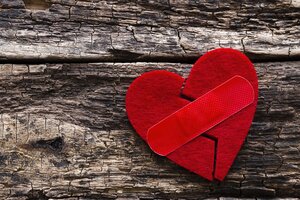 Editor's Note: This blog is excerpted from a piece that originally appeared in our May/June 1989 issue. Do you think its message is still relevant today? Let us know.

Back in the 1950s, Debbie Reynolds and Eddie Fisher, Hollywood's perfect young couple, shocked their fan-magazine public by divorcing after Fisher's scandalous affair with Elizabeth Taylor. In those innocent times, lots of people, myself included, took this spectacle very seriously. Newly married, not yet a therapist, I could barely conceive of divorce, let alone infidelity. Affairs happened in movies, but almost never involved "real people," even "real" movie stars. Furthermore, I could not believe Reynold's claims of ignorance about what was going on right under her nose. Didn't she notice that Eddie was always coming home late from the studio? Or that his tie was askew? Or that he didn't croon love songs to her anymore? Didn't she notice that their marriage was failing?

Today, after thousands of hours spent with couples struggling through their own infidelity crises, I know that both victim and unfaithful spouse often believe that their marriage was just fine until the affair struck from nowhere, like a perverse tornado. Victims, particularly, often believe their unfaithful mates have been stolen or seduced or bewitched away, as if against their will. My goal is not merely to help these couples weather the crisis and patch things up, but to help them understand how both spouses created the marital context that made an affair possible, and how the crisis itself can be the springboard to a healthier, more satisfying relationship.

By infidelity, I do not mean occasional one-night stands, compulsive philandering, or a mutual "understanding" between spouses that theirs is a non-monogamous marriage. Rather, I refer to the consistent violation of trust by one spouse, who carries on one or more long-term affairs while his or her mate still assumes a relationship founded on mutual trust and fidelity. Generally, among couples I have seen, the infidel is a man, the victim a woman, though I have treated male victims whose reactions were very like those of women. Perhaps because of the stigma attached to being cuckolded, fewer men seem willing to expose themselves in therapy, and many prefer to move quickly towards divorce.

When Dora called, she had just discovered her husband's infidelity. She told me he had admitted to the affair, but said it was over, and that he did not want to hear any more about it. She felt very angry, and couldn't believe even now that he was telling her the truth. When I saw Tom and Dora, she was tearful and red-eyed as she described a fight they'd had in the car. Tom sat silent and stone-faced, only speaking to insist that the affair was finished and he saw no reason for bringing it up. I explained that it was necessary, because Dora felt that she had been a victim of Tom's dishonesty, and was overflowing with anger against him and the woman. "Right now, she feels she'd be a fool to trust you ever again," I told him. "It's important to both of you to begin talking about this loss of trust and its consequences."

"Right!" Dora snapped. "How can you ever trust a liar?" I was glad to hear Dora's outburst, because until the issue of trust is explored and dealt with, there can be no progress in therapy. Furthermore, both spouses must leave this critical first session with the sense that I understand their dilemma, that the crisis ends a long chain of events which must be explored, and that I have a plan for treatment.

Contrary to common belief, the victim's rage doesn't focus on the extramarital sex. Even if he has convinced her that there was no sex, she is still furious—shocked and angered by both his secrecy and her own gullibility. She is deeply grieved by her husband's intimacy with someone else—intimacy that she believed was hers alone. The infidel is by turns silent, apologetic, defensive, protective of the other woman, and ambivalent about the marriage. He finds his wife's anger threatening and repellent. Her rage can indeed take on majestic proportions, but until she feels it rightfully acknowledged by both husband and therapist, no other marital issues can be productively explored. Even as other problems are raised in future sessions, I remain alert to the resurfacing of distrust, ready to return as often as necessary until the issue is resolved.

Towards the end of the meeting, I tell the couple that the purpose of therapy will be to work towards a better marriage or a better divorce. When Tom asks, "What's a better divorce?" I answer that a non-adversarial divorce protects children from being caught in angry crossfire, and helps the couple mourn the death of their marriage, rather than spending years in endless and exhausting disputes. In a "good marriage," I explain, people talk to each other freely and honestly about what bothers them, so that they can work together to solve problems that might otherwise fracture the relationship. In my waiting room is a framed reproduction of a Chinese word, meaning crisis, which is composed of two characters, one meaning danger, the other, opportunity. I ask Tom and Dora if they can look at their own crisis as an opportunity for personal growth, a thought they seem to find appealing.

In almost every case I have treated, Dora's question, "How can you ever again trust a liar?" is critical, and must never be shunted aside. Barbara and Leo came to therapy when she discovered that he had been involved in an affair for several years. She was particularly pained because he had had an affair about 10 years earlier. They consulted then with a therapist who told Barbara that she found her constant expressions of anger "boring," and pressed her to overcome her "jealousy and possessiveness problem." At the time, Barbara meekly agreed, but now she realized her anger had never been resolved, only suppressed. "I felt so betrayed," she said, "by him, his girlfriend, my own stupidity, and by Dr. X too. She and Leo ganged up on me and shut me up. So how am I supposed to feel now?" I explained to both of them that anger is a normal and healthy reaction to feeling betrayed. "You'd better be prepared," I told Leo, "for plenty more. She is angry about what happened. She's afraid you're still doing it. And she's checking back constantly over all the lies you told to cover the affair." Leo listened intently as I told him that she needed from him not only an honest admission of the affair, but a sense that he was truly remorseful for the years of deceit.

Bill and Claire's situation was different. Bill stubbornly denied that he had had an affair, insisted that he wanted to remain married, but couldn't stand Claire's irrational outbursts. Yet, I felt that an affair was indeed going on, and in an individual session, Bill told me that he was deeply involved with a woman at work. He did not consider this an "affair," since they had not had intercourse. Instead, they spent many hours together talking very tenderly about work, their personal lives, and their feelings for one another. I said that keeping secret a deep involvement with someone else, whether sexual or not, made marital therapy based on honest and mutual self-disclosure an impossibility. Bill refused even to consider telling Claire about his "platonic" friendship, but finally, reluctantly agreed temporarily not to see the woman while he worked on his own marriage.

Claire was still convinced that Bill was having an affair and lying about it. Nonetheless, because he was not seeing the woman for the time being, we resumed conjoint meetings. After a few sessions, he admitted that he had been attracted to a co-worker, and that Claire's suspicions were not crazy, even though "nothing had happened." Once Bill validated her suspicions and became more willing to talk to her, they could begin honestly to discuss what each saw missing in the marriage.

This is an excerpt. To read the full article, click here.

This blog is excerpted from "Marriage at the Turning Point," by Don-David Lusterman. The full version is available in the May/June 1989 issue.