Finding the Path Back

Couples Therapy After an Affair 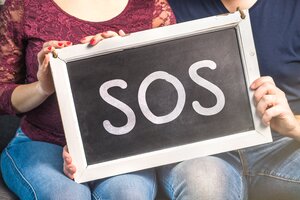 Editor's Note: This blog is excerpted from a piece that originally appeared in our September/October 1994 issue, Parents Under Siege. Do you think its message is still relevant today? Let us know.

Every therapist knows that the disclosure of an extramarital affair can create an explosive crisis undermining the foundation of trust necessary to sustain a relationship. In the midst of that turbulence, our job is to help couples find a pathway to a new understanding of themselves and their marriage. But how is the therapist to maintain his or her bearings in such stormy cases? I have found a standard protocol, first developed at the Center for Family Learning, extremely helpful in providing a therapeutic structure for couples facing the crisis of infidelity. The protocol serves to keep the anxiety in the therapy room—both the couple's and my own—in check and makes sure that I don't get distracted from important issues, either by the couple's emotional process or my own moral judgments.

Ed and Linda’s marriage was in big trouble. Linda had just found out about Ed's nine-month affair with Nadine, an affair that ended when Nadine aborted a pregnancy. The couple had brought their problem to Ed's aunt, a physician whom both of them liked and admired, and she referred them to me. When they came for their first appointment, both Ed and Linda looked scared and told me I was the "last hope" for their marriage.

Before asking them anything about the affair, I began, as I always do, by taking a genogram. Calming down the system is my initial goal with couples caught up in the crisis of infidelity, and instead of making the crisis itself the first subject discussed, I try to relax the couple by asking them to give me factual information about their family histories.

Ed and Linda met in college and married in 1984, three years after Ed's graduation. They now had a 3-year-old daughter, Lauren. Ed, the oldest of four children and the only son, was a 32-year-old marketing manager for the local subsidiary of a large corporation. He lived in constant fear that the corporate headquarters a thousand miles away would sell the subsidiary and that he would lose his job. Both of Ed's parents were in their sixties, but while his mother was in good health and worked as a secretary, his father had a serious neuromuscular disease that made him an invalid and caused him to retire on disability eight years ago. Ed idealized his parents and was reluctant to say anything critical about them and this was an issue between Ed and Linda. When tears welled up in Ed's eyes as he told me that his father could die at any time, Linda interrupted to inform me that Ed's parents had always made him believe that "he's a piece of shit."

Linda, the youngest of four sisters, worked as a human resources manager for a mid-size manufacturing company. While she was in college, her father, to whom she had been close, had died of the same disease from which Ed's father was now suffering. Her mother had remarried, and no one in the family (except Linda's mother, presumably) liked her current husband. Linda said that her mother had had an affair during her father's years of illness.

When I finally asked Ed about his affair, he told me that Nadine and her husband had been friends and neighbors for four years. The mutual attraction between him and Nadine had begun the previous Thanksgiving, and by Christmas they were having sex regularly. Other than the attraction, Ed's only explanation for the affair was his wife's unwillingness to have sex as often as he wanted it. Linda had a different view. She believed that the criticism Ed received from his parents made him look to others to build him up. "I got tired of doing that, and Nadine picked up the slack," she said. Nevertheless, she did agree that her low sex drive since Lauren's birth had created a real problem in the marriage.

When I asked about the current status of Ed's relationship with Nadine, both Ed and Linda told me it was absolutely over. Ed had had no contact with Nadine since her abortion and he expressed great fear about seeing her. He was concerned that Nadine was responsible for some hang-up telephone calls he had recently received at work.

From my clinical viewpoint, this solved one potential problem. If the affair had still been going on, I would have explained that marital therapy was a waste of time and money. I would have asked Ed to agree to end it and, to see whether he was following through, I would have paid careful attention to his emotional state. In my clinical experience, if a person gives up an affair that has been serving some function or meeting some need, his or her sadness or anger about the loss will soon show up unless some fundamental changes take place in the marriage. 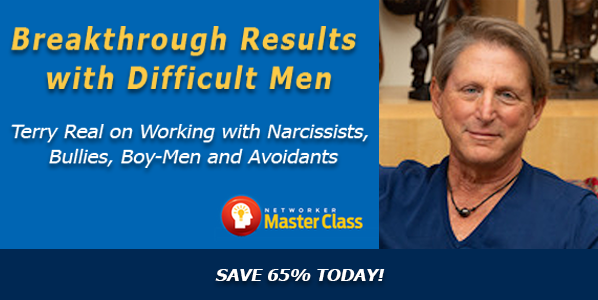 Another goal of the early stage of treatment in these cases is to encourage the non-affair spouse to state clearly his or her conditions for continuing the relationship and, once this is stated, to pull back to a non-reactive position. Typically, the non-affair spouse has not clearly indicated such a bottom line, hoping that things will change and die problem will just go away. Likewise, once the affair comes into the open, the non-affair spouse typically pursues his or her partner with recriminations, questions, pleading, etc. Linda, however, was very clear about her bottom line: any repetition of Ed's infidelity would mean the end of their marriage. She had difficulty, though, refraining from pursuing Ed with questions and recriminations, even though she recognized the importance of remaining non-reactive.

In the early stages of therapy, I helped Ed to express the impact of the loss of the affair so that his grief would not surface in some indirect way depression, self-pity, resentment or feelings that I, as the therapist, was on Linda's side. Although I was troubled to hear Ed deny any sense of loss, except for missing Nadine's admiration and praise, I reluctantly accepted his refusal to deal with the issue. When Linda complained that Ed was putting pressure on her for immediate forgiveness and for plenty of sex, I encouraged Ed not only to give up pressuring her, but to avoid subtly manipulating her by getting angry or emotionally distant. While Ed agreed to work on this, it was a real struggle and he tended to get somewhat depressed.

Ed and Linda's commitment to each other, and Ed's assurance that the affair was over, quickly calmed the emotional climate between them. My next goal was to tease out what led to the affair and to delineate each spouse's part in the process. I made it clear that I saw Ed's decision to have an affair as his responsibility and his alone, that if he was unhappy in his marriage, there were other options, like asking Linda to go for professional help. At the same time, I emphasized that the problems in the marriage were Ed and Linda's joint responsibility, and that they both had to look at their own parts in creating them. Both of these statements were pivotal in my approach. It is crucial to avoid misunderstandings about the concept of responsibility, and about where I stand on it.

Ed admitted that he tended to engage in what the three of us jokingly called the "F-A-L" pattern: fear, anger, leave. I find that labeling things this way lightens the atmosphere with humor, reassuring clients by normalizing their behavior and emphasizing the predictability of the behavior patterns that need to be changed. Ed, fearful of not being perfect, of foiling, of feeling bad, would blame Linda for her lack of encouragement, support and sex, and would withdraw into silence. Linda admitted that what she perceived as Ed's neediness frightened her. She would withdraw in the face of a problem or demand, feel resentful that it had been made, and then get critical of Ed. That became, of course, the "W-R-C pattern."

I pointed out the parallels between these patterns and the roles each had played in parental triangles in their respective families of origin. Ed had been the object of parental criticism and concern while growing up, and had always felt undervalued and unsupported. Linda had been her father's emotional support because her mother could not deal with his illness and weakness. The demands of this role had made her feel special, but very uncomfortable; she had learned to distance herself and put up a wall to avoid these demands, but she also valued her father's attention.

Once Ed and Linda were able to recognize these patterns, I assigned homework to help shift them. Because Linda complained about Ed's lack of attention except when he wanted sex, Ed agreed to take responsibility for talking about her day at dinnertime. He was not to make any sexual demands or even overtures. Because Ed claimed that Linda did not appreciate the things he did or care about what he needed, I coached Linda on giving Ed a few minutes alone when she came home (he got home from work first and took care of Lauren). She was also to take responsibility for their sex life to initiate sex when she felt like she wanted it. These plans worked fairly well. Linda eventually recognized that she did indeed have a sex drive, which was not as low as she had thought, though not as high as Ed hoped it would be. Sex continued to be an issue between them, but their differences generated less hurt and resentment.

Leo Fay, PhD, is associate professor of sociology, Fairfield University and co-director of the Marital Project, Center for Family Learning.

This blog is excerpted from "Turning Down the Temperature," by Leo Fay. The full version is available in the September/October 1994 issue, Parents Under Siege: How Therapists Can Help.