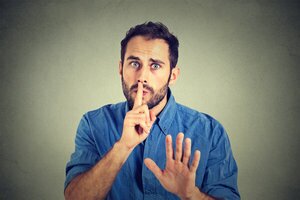 May Quandary: My client Diedre, 62, was widowed about three years ago. Recently, she was excited to tell me about a man she’s started dating. She says the sex is wild, and they’re spending all their time together. I was happy for her, but as she shared more about him, I started realizing that this is the same man another client used to date. He was great at first, and then slowly became controlling and abusive. It ended terribly. I'm not sure what to do.

1) If the Client Falls, Get Ready to Catch

As much as we might want to protect our clients from being hurt, this is one of those situations where I don’t think I could do much for Diedre, other than try to notice red flags as they come up and share them with her when I see them. If I got the sense that Diedre would be defensive of this man, I wouldn’t point out his behavior as red flags per se, but rather, I’d ask her to think deeper about what it might mean. I’d also want to ask her questions about his relationship history as a way of encouraging her to find out more about his past, assuming she hasn’t already.

I often tell my clients that the best predictor of future behavior is past behavior. The goal here would be to plant seeds with Diedre so that if things go south—and I believe they will—she can perhaps remember the red flags more easily down the road. It’s so easy to get swept up in feelings of love at the beginning of a relationship, and our judgment often goes out the window when this happens. I’d make it my job to be a steady and consistent force with Diedre, acknowledging the excitement of her new romance while also being ready to catch her if something bad happens.

As a therapist, this is one of those situations where your heart lurches in your chest when the dots are connected . Indeed, what can we do? We can’t breach confidentiality and say we had a client who dated the same man. We can't tell our client what to do. And a background check on this man might not turn up anything. Still, we’re left thinking that he could do the same thing to Diedre that he did this therapist’s last client.

As a member of the American Counseling Association, this quandary makes me think of the first item in our code of ethics: The primary responsibility of counselors is to respect the dignity and promote the welfare of clients. If I was Diedre’s therapist, I’d respect her dignity by allowing her to make her own decisions. By helping her make decisions that are in her own best interest, I’d promote her welfare.

Rather than telling Diedre what I know about her new partner, I’d work with her to create a list of needs, wants, and deal breakers for relationships, and then we’d discuss it, item by item. I’d specifically ask her to address the possibility of falling into an unhealthy relationship, how she’d know if she was in one, and what she’d do if a partner became abusive. I’d use generic stories to teach her online dating patterns, safe sex, and how to spot “love bombing” and other relationship dangers.

I’m assuming Diedre’s therapist has already built a strong alliance with her. If so, she has a right to speak frankly with Diedre when she sees red flags that Deidre herself may have missed, understandably given her long absence from the dating world.

I think the most important question for this therapist to ask herself is “Do I know, with reasonable certainty, that my client will be harmed by this man in the near future?” While laws differ from state to state, in many cases a therapist needs first-hand information of a specific threat in order to be legally mandated or permitted to disclose confidentially obtained information.

In this case, the man was never a client of this therapist. He was someone a client dated and so information was obtained second-hand. This is not to say the information isn’t accurate, only that many laws require there to be first-hand information. There is also no indication of a specific threat being made toward this client from him, only historical information about his past actions. Both of these facts would lead me to believe mandatory reporting laws do not apply here.

However, knowledge about who this client is dating can still be useful. I would personally keep my radar up to scan for signs this relationship is becoming abusive and act early to help my client recognize and respond to signs of abuse. Then if the client wants to leave, I would make sure I am ready to help them safely leave.

4) Think of the Broader Implications of Disclosing

Let's suppose that the moral imperative to address relationship abuse leads Diedre and her therapist’s former client to somehow learn about each other, or the disclosure. It’s impossible to know what kind of far-reaching effect this might have, not only on these two clients and Diedre’s new partner, but the people in their lives as well! Once we consider the broader network of relationships involved here, it’s hard to imagine a morality calculus that justifies disclosing this man’s past behavior to Diedre. This is exactly why confidentiality is such a seminal concept in all psychotherapy relationships.

This leaves the clinician with a decision. In his or her position, it would behoove me to reflect on the incongruity between my professional ethics and strongly held personal beliefs. I wouldn’t simply be able to act on what I think is right. Instead, I’d have to do what’s fair, and not disclose. This can be very uncomfortable, but it’s the kind of discomfort that good therapists recommend to clients who are making tough decisions themselves.

As Diedre’s therapist, I’d do the best I could to prepare her for whatever may come. It’s apparent that she’s newly in love, which I’d want to validate as a wondrous, but volatile and unpredictable, state for both partners. I’d want to keep this perspective in mind moving forward, and as her relationship unfolds, I’ll have more information to help Diedre as she faces the uncomfortable decisions that may come.

Of course, you can’t disclose to Deidre what was shared in confidence by your former client—at least not directly. But you can talk about the various warning signs that helped your earlier client recognize (although too late) that this seemingly endearing man was actually abusive.

In my own experience working with clients in abusive relationships, I’ve found that they wanted the relationship to work so much that red flags were minimized or ignored altogether. So if I was Diedre’s therapist, I might gingerly suggest how she could protect herself before committing more fully to him. Sadly, I’ve heard of many instances in which, for men, the joy of the hunt is everything, and only when they’ve won the other person over do they begin to show their selfish, unflattering, abusive colors. By then, it might be too late for their partner to get out unscathed.

As Diedre’s therapist, you’re free to—and ought to—make use of everything you’ve learned about this man to plant the seeds of wariness in her overly romantic mind. That might be as much as you can do right now, but rest assured that advising caution can be extremely powerful when we it make clear to our clients that we’ve seen patterns before and our only desire is to protect them from possible hurt and heartbreak.

***
We'll post a new response to each Clinician's Quandary on the first Tuesday of every month! See how to submit to next month's Quandary here.