ASMR: Coming to a Practice Near You?

An Unusual Self-Care Tool Has Taken the Internet by Storm 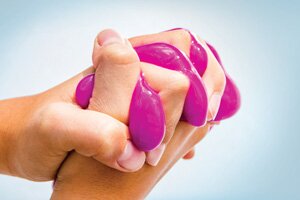 They say you never really know somebody until you live under the same roof. But in the five years I’d known my 20-something former coworker, Craig, I thought I knew what to expect. When he asked to rent out the spare loft in my apartment two summers ago, I knew he wasn’t going to win any awards from Good Housekeeping. At work, his desk had been a graveyard of yellowed newspapers, cups of stale, half-drunk coffee, and crumpled energy-bar wrappers. Okay, he’s a little bohemian, I thought. But nothing I can’t handle. So, he moved in.

A few days later, I returned home from work to find the apartment completely dark, the window shades drawn tight. When I climbed the stairs and peered around the doorway, there was Craig, seated in the glow of his laptop. “Hey, didn’t hear you come in,” he said, yanking off an oversized pair of headphones and blinking to refocus his eyes. “Whatcha watching?” I asked tentatively. Thus began my official introduction to the mesmerizing world of ASMR.

I’d already heard a little about ASMR, or autonomous sensory meridian response, before this moment, but not much beyond the basics. A physical and emotional experience that 20 to 40 percent of people claim to have, ASMR is often described as a shiver or tingle that travels up the spine or lingers at the top of the head, triggered by particular sounds and images. The web is filled with hypnotic ASMR videos of whispering, finger tapping, scratching sounds, gentle hand movements, and demonstrations of close personal attention. These are the most common ASMR triggers, but enthusiasts report a wide range of other stimuli—say, brush strokes on canvas or hands kneading wet clay—also evoke the feeling.

It’s easy to laugh off ASMR as an urban legend, the stuff of Reddit forums and YouTubers looking to make a quick buck. But while the science on ASMR is slim, the videos that claim to elicit it are ubiquitous. In just nine years, an estimated 13 million online videos containing ASMR content have been created. The most popular ones have millions of views. For some viewers, finally putting a name to a sensation they’ve long felt but struggled to articulate can be a deeply compelling experience.

But why should therapists care? As it turns out, ASMR content appears to generate a deep, lingering feeling of calm and relaxation that some believe has powerful therapeutic potential for people suffering from conditions like anxiety, depression, insomnia, chronic pain, and PTSD. The online therapy platform BetterHelp, whose CEO has pledged to improve accessibility to mental health services, has even sponsored several top ASMRtists. A handful of university studies have explored the therapeutic benefits of ASMR content, some reporting that they may rival those of mindfulness-based stress reduction and yoga.

ASMR has already stirred up its share of controversy. Given that the bulk of ASMRtists aren’t licensed professionals, and clients looking for easily accessible, portable therapy tools might stumble upon this content, should therapists be concerned?

Not necessarily, says Dafna Lender, program director of the Theraplay Institute in Chicago. Referring to the vocal adjustments, steady eye contact, and simulated touch found in many ASMR videos, she says therapists do this all the time. “Our relationship with clients is built on caring eyes, caring voice, mirroring gestures, and facial expressions that say You’re not alone. Or I believe in you. Or I feel your pain,” she says. “It just happens that some YouTubers have capitalized on the emotional effect such messages have. But for clinicians, this is our everyday therapeutic currency.”

Experts in the field of ASMR research, like physiologist Craig Richard, a professor of biopharmaceutical sciences at Shenandoah University, are convinced that ASMR has plenty of clinical potential. In 2014, he and several colleagues started an ongoing ASMR research study that has over 27,000 participants to date, the largest of its kind. Through online surveys, he asks these participants how they feel psychologically, emotionally, and physically when they experience ASMR.

What he’s found is startling: ASMR is experienced in over 110 countries, by people of all genders and ages. It’s proof, he says, that ASMR is a biological phenomenon, not a cultural one. What’s more, among respondents with anxiety diagnoses, about 50 percent report that ASMR content helps them feel more relaxed and regulated, and 50 percent with insomnia report it helps them sleep. For those with depression, almost 30 percent say they experience improvements in mood.

But even proponents like Richard warn that ASMR isn’t some sort of therapeutic silver bullet. In clinical settings, he emphasizes that treatments will still need to be individualized. “You can’t just slap headphones on somebody and think ASMR is going to help them,” he explains. It’s a matter of finding the right triggers. “Using ASMR triggers is like choosing from a buffet: you have to find the right stimulus for the right person.”

Many slime videos into my research, I had to admit that the whole ASMR phenomenon remained mostly a mystery to me. I couldn’t really experience it: where some people got tingles, I got jolts. Where others tuned out, I became hyperfocused. At times, it almost felt as if I’d been denied entry to some sort of exclusive club. So I picked up the phone and called the one person I knew who would give it to me straight: Craig.

Over the next hour, I learned how someone who responds to ASMR experiences it day to day. Craig often listens to ASMR content on a long drive if he’s not in the mood for a podcast or a comedy special. He uses it to wind down after a long day at work. And he says sometimes it’s fun just to browse online for new ASMR triggers.

“Some people look at ASMR and say it’s weird,” he told me. “But I like to think of it this way. You know when the barber hands you a hot towel after a shave? That’s how ASMR feels for me.” Whatever researchers may eventually conclude, for people like Craig, the evidence of their personal experience is all that matters.

This blog is excerpted from "ASMR Videos: A New Tool for Therapists?" The full version is available in the March/April 2019 issue, The Missing Piece: Embracing a More Embodied Psychotherapy.