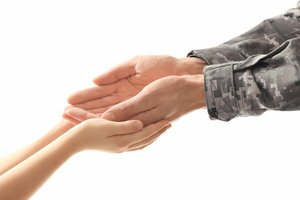 I spent most of my childhood trying to get a grown man to talk to me about what life was like for a guy when he grew up. I remember Dad when I was little, and he was as glorious as my mother’s fantasies of her father; but then he went off to the war. We learned how to get along without him. Mother, my younger sister Joanna, and I moved back to Griffin, Georgia, where my parents had grown up. Almost everybody in town were kinfolks of one degree or another. Gran and Pops ran the funeral home in the grand antebellum mansion. When we moved in with them they gave me the big bedroom just above the casket room. Dad’s parents lived just across the street. I liked staying with Gran and Pops, and felt secure listening to Pops puttering around in the embalming room while Gran played Bach on the organ.

I missed my Daddy. He had left me in the care of the father he adored and he trusted Pops would be a perfectly acceptable substitute father. But Pops didn’t really like talking with live people. He was hot-tempered and impatient, and he thought I asked too many questions. Nevertheless, he tried to stand in loco paternis. He would take me hunting with him, and we’d sit around a fire all night listening to the dogs bark. I’d have to be very quiet, so he could tell which dog was barking and whether it had treed a raccoon or a possum. It seemed that Pops’ favorite activity was sitting in the dark listening to dogs bark.

When Dad came back after the war, I was 11, and we didn’t know one another. He had no idea that I needed anything from him. We moved away from my grandparents to a small town in Alabama. I as accustomed to being extravagantly adored by my mother and my grandmothers, but Dad was more realistic. I was ready to learn about reality. I tried to get him to talk to me about it. He only wanted to talk about the war: it was the time of his life. But I was disappointed to learn that, after everything the rest of us went through so he could go off to war, he never even got shot at. I felt cheated.

I knew my father was a good man, certainly the finest man in Prattville, maybe the finest in all of Alabama. And I could see that compared to my friends’ fathers, he was a god. Sonny’s father was an alcoholic who had disappeared long ago. All traces and pictures of him had been removed. Each time we’d see a drunk passed out on the sidewalk, we’d wonder if he was Sonny’s father. Buddy’s dad suffered from manic depression and had been married 11 times. He used to drop by from time to time to try to kill his children (they escaped.) Bubba’s dad was the rich one. He was a retired professional wrestler who now ran gambling and prostitution rings through his taxicab business. He wasn’t at home much, and he never came to school functions, but he gave Bubba amazing presents on all special occasions.

Dad worked hard and was respected. He was strong and reliable, and I felt secure with him. But I had the fantasy of an ideal father who would tell me the secrets a father knows, so I could become an ideal father when my time came. I could never talk to Dad. He had gotten used to noise, working at the cotton mills, and he didn’t like silence. He could relax best if there were three radios going, all at the same time, with different ballgames on each of them, and my mother screaming over the top of the athletic ensemble trying as always to get his attention and ending up having another drink instead. My sister, Joanna, did better with him and always saw him quite differently than I did. Joanna just sat in his lap, and pretended to be interested in whatever he was interested in—usually just listening to ballgames. I’d show him the things I’d written, and he’d say I was too smart for him, and then he’d go back to his baseball games on the radio. I tried sports, and he just looked disgusted at my clumsiness. I thought he wanted me to be a great athlete like he was, and I wasn’t, so I concluded I was a disappointment to him. Dad didn’t say one way or the other.

When I was 16, I went off to college. At irregular intervals, I would get thick letters from Mother, vividly describing her life or her state of mind, or the happenings in the town. She might tell me stories about some ancestor that had just come to her mind. Or she might launch into an appraisal of my talents or my shortcomings, and which ancestor was the source of each of my qualities. Her letters, like her conversation, sparkled and delighted. Each was a masterpiece, and all were worth saving. My friends enjoyed reading them too. We even considered publishing them.

After mother died, he married her best friend of 50 years, who listened to him. He began to talk and was happy. When he was nearing his death, he finally wanted to talk with me about his life, though by then he barely had the breath to speak. What he said wasn’t important—the important thing was that he talked to me. I finally realized what an uncomplicated man he was, and that he really didn’t have any great secrets of life that he was holding back from me.

I saw that I had known everything there was to know about him all along. He’d been very close to his father, and had spent his childhood sitting in the dark with him, listening to dogs bark, and that was all he needed. He couldn’t understand why I made things so complicated, why I wanted to talk instead of sitting there with him listening to the baseball games. He just did his duty, and hoped for the best. He was glad to be alive, and when he was dying he couldn’t think of anything to regret. I’m sorry I didn’t realize how much we loved each other while there was still time.

This article is excerpted from "Bringing Up Father," which originally appeared in the May/June 1988 issue of Psychotherapy Networker.To read the full version of this article, click here...

Thank you for running this piece by Frank Pittman. I loved reading him back in the days of the Family Therapy Networker and his voice on men, masculinity, fatherhood was always inspired. So deligthful to read it again all these years later and see that it still holds up. What a gift!