What Climate Change Could Mean for Therapists

Moving from Anxiety to Action 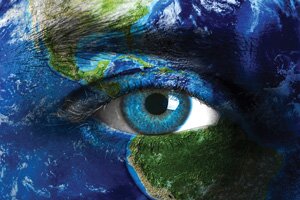 Therapist Patricia Hasbach practices in Eugene, Oregon, the kind of paradisaical college town surrounded by nature that, for many of its inhabitants, provides a verdant buffer to stress. But lately, she’s noticed some fraying of Eugene’s usual protective magic.

Among her clients and psychology students, Hasbach’s seeing an uptick in anxiety, depression, and anger. When given a nudge, a number are admitting to overwhelming concern about climate change.

Take Sarah, a marketer in her early thirties who got married over the summer and had planned to soon have kids. Not long after her wedding, the United Nations’ Intergovernmental Panel on Climate Change released a dire report saying that without radical worldwide action between now and 2040, the planet will warm so quickly that ramped-up wildfires, killer drought, more powerful storms, and greater flooding from rising seas will likely become an unalterable fact of life.

“How,” Sarah asked Hasbach, “can I be expected to bring a child into this world?”

Sarah wanted Hasbach to help her tell her husband Jack that they shouldn’t have children who’d have to endure the fallout of climate change. But she was worried that he’d still want those kids, no matter what.

Hasbach offers ecotherapy and has seen her share of cases of “eco-anxiety” like Sarah’s. She’s also noted, as the climate degrades, a strain of depression that environmental psychologist Renee Lertzman calls “environmental melancholia”—a combined sense of primal loss and a paralyzing powerlessness.

Hasbach first reframed Sarah and Jack’s differing feelings as part of a conversation that could become a new and ongoing dynamic in their relationship. Then, they discussed whether not creating a biological child is the same as never having one. “How about adoption or fostering?” she asked Sarah. “Or having strong relationships with your nieces and nephews?”

Hasbach then prescribed that Sarah walk in Eugene’s bountiful nature and explore her quandary while surrounded by the ebb and flow of life in the environment that she’s so concerned about.

“Note the dieback that’s happening to the trees,” she told her. “And the rebirth.”

“We discussed creating a threshold to cross over, to just be with her thoughts, concerns, and questions in nature, then crossing back over, perhaps with some clarity or new insight,” Hasbach says.

Several days later, Sarah was able to screw up the courage to talk with Jack. They ultimately agreed to revisit the subject in a year. Time enough for another season of dieback and rebirth in the natural world that still surrounds them.

Taking Clients from Denial to Action

“Right now, people are feeling they’re not safe,” Hasbach says. “Where we are today truly is different than where we were ten years ago. Climate change is harder to deny. I find one of the most important things to do for clients is help them feel validated about these concerns. When they’re invited to explore it, a lot comes up. Along with anxiety and depression there are often feelings of shame, of being complicit.”

In 2017, the American Psychological Association published “Mental Health and Our Changing Climate,” a guide to the psychological impact of today’s grim environmental realities on clients and communities.

The APA says that in addition to cases of eco-anxiety and depression like Sarah’s, therapists should expect to deal with increased levels of fatalism, suicide, PTSD, substance abuse and aggression as natural disasters increase.

Their advice? Let clients acknowledge their sorrow and fears, and then help them find empowerment through action. That action could be adding a lens of eco-awareness to their choices—as Sarah was doing in her own way—or joining with conservationists or environmental activists in their communities.

Thomas Doherty, founding editor of the journal Ecopsychology, and contributor to the APA report, believes therapists ought to help clients identify which issues “activate their personal worries” and then develop a plan of action to give them some sense of control.

“We can prioritize. What’s most urgent? Where are their skills? Ultimately, we want them to reclaim their nervous system, become more empowered and establish their own environmental identity. The danger is people rush into action and then are less successful.”

Preparing for an Uptick in Disasters

Doherty likes to remind clients that the pace of the universe is slow and there is still immense peaceful energy to tap into. Also, that thousands of people around the world are working on these issues, and most every city and town in the U.S. already has a climate change action plan.

One of those action plans is in place in American Samoa, where, in 2009, a magnitude 8.1 earthquake triggered a tsunami that inundated the island and neighboring Samoa and Tonga, killing 173 people and injuring hundreds more. Berkeley, California therapist Jenny Freeman—who counseled children and families after 9/11 and San Francisco’s 1989 Loma Prieta earthquake—was part of a response effort led by an indigenous team in Samoa.

“We collaborated with local communities on many kinds of support, from kids camps to ritual group healings,” Freeeman says. Her hope is that as climate disasters become more commonplace, less cohesive communities will find ways to similarly draw on people’s connections with each other to create healing support.

“Practitioners need to keep in mind that how helpless or resourced people feel will affect their level of trauma,” Freeman says. “Fires burned up lots of homes here (in Northern California), but recovery isn’t equal. Let’s bring forth these issues and collaborate with folks on healing approaches that are culturally consonant.”

Susan Clayton, a lead author on the APA report, says even if ruinous disasters like Freeman responds to haven’t hit, clients may still have fears about the threat of dislocation or disconnection from community.

“If someone’s identity is tied to location—and for many of us it is—than how might it feel when the location becomes degraded or different? How might that threaten their sense of self and stability?” Clayton asks.

“How do the people who for generations have associated their state and livelihood with an industry cope with degradation of it?  What sort of community would it be if no one could, say, catch lobsters off the coast of Maine? What does that do to a Mainer’s sense of who they are?”

Stay “Blissed Out and Amazed by the Universe”

Of course, clients aren’t the only ones who’d rather not confront the uncomfortable realities of climate change. For therapists though, Clayton says, it’s professionally important to “recognize that to protect your clients’ well-being you need stay aware of the larger society.”

For some, like psychologist and Reviving Ophelia author Mary Pipher, environmental action became an antidote to despair. But she acknowledges that she can’t guarantee that all the action taking place across the world will ultimately save the planet. Still, she is convinced that it helps us increase our imagination, be kinder to others and find ways to be “blissed out and amazed by the universe.”

Back in Eugene, Hasbach thinks now is the time for therapists to shine a light on everyone’s feelings about the “long emergency” of climate change, and make therapy a place of guidance and hope as we all face climate challenges we’re still trying to fully comprehend.

Lauren Dockett is the senior writer for the Networker. Rich Simon, PhD, is editor.

This blog is excerpted from "The Rise of Eco-Anxiety," by Lauren Dockett. The full version is available in the January/February 2019 issue, Can't See the Forest? Maybe It's Time to Get Out of the Office.

I was so happy to see this issue being addressed! As therapists I think we need to help clients explore not only the individual context, but the cultural/environmental one. So I started asking. Sadly - and ironically - only one of my clients expressed anxiety about climate change, and that was briefly. Ditto for loved ones. Of course I hear about the usual stressors: relationships, finances, work, health, etc. (very individual) while denying that the earth we all depend upon for our very survival is under assault. I get that denial is a coping mechanism. That said, it's denial that got us into this mess to begin with and that we will need to chuck out the window soon if there's to be any kind of sustainable future. In the meantime I seem to be the lone duck with my eco-anxiety fighting the "good" fight with environmental causes. Ugh!