Researcher Bella DePaulo on Keeping Our "Matrimania" in Check 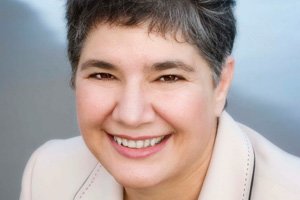 Think of a prototypical healthy adult. You’re likely imagining someone who works out, meditates, goes to therapy, journals, contributes to social causes, eats a plant-based diet, and, wait . . . are they married or single? If you’re a regular consumer of popular research, you’d probably say married, citing studies promoting the mental and physical benefits of marriage.

Not so fast, says Bella DePaulo, an academic associate at the University of California, Santa Barbara, and long-time singles advocate. The reported findings are biased, she contends, and the single life is often as healthy, if not healthier, for many people. DePaulo, a seasoned blogger at Psychology Today, has written articles for The New York Times, The Atlantic, The Washington Post, Forbes, and many others. She’s the author of 18 books, including Singled Out, which The Washington Post called a “hilarious, superbly researched diatribe in favor of living well single.”

With more than 110 million single adults in America, comprising 45 percent of the population, we therapists need to better understand this growing population as something more than people waiting to find the right partner. In other words, we need to keep our matrimania in check.

RH: What inspired you to study the psychology of singleness?

DePaulo: For years, I kept a secret file folder of observations about what I’d later call singlism. Some of them were stories in the media. Others were my personal experiences, which at the time I didn’t know whether to attribute to the fact that I was single or to some other explanation. For example, when I started at a new job, my colleagues would invite me to lunch during the work week, but over the weekends, the couples would socialize only with other couples. Were they excluding me because I was single, or because they just didn’t want to spend more time with me? When job candidates would come to visit and my married colleagues asked me to cover the times with them that no one else wanted, were they doing that because they figured that as a single person I didn’t have a life like they did?

After a while, I started asking other single people—tentatively at first—whether they’d had experiences like mine. The first time I did this was at a social event, and I approached just one other single person. She could totally relate. Then someone else joined the conversation and had her own stories. Then another person, and then some more people stepped into the circle, and they weren’t all women. We talked for as long as the event lasted. The next morning, I opened my email and found messages that said, “Oh, and another thing!”

At the next social event, the same thing happened—then again on a trip I took to an entirely new place. That’s when I realized that this was something that resonated with lots of singles. The more I researched single life and wrote about it, the more passionate I became about getting a more affirming and balanced perspective out there.

RH: People often quote studies that point to the benefits of marriage over singleness, but you dispute their validity. Why?

DePaulo: When I decided to write Singled Out, my first book on the topic, I spent a lot of time delving into the social scientific studies on the implications of getting married. I’d never read any of the original research reports, but I was familiar with what the popular press had to say: people who marry become happier and healthier and live longer and all the rest.

Even though I didn’t think I’d be happier if I married, I thought I was the exception. Back then, my hope in collecting stacks of studies was that I’d find some wrinkles somewhere: maybe for women at a certain age, single life was just as good or even better than married life.

I was stunned when I started reading the actual research reports. The vast majority of studies were cross-sectional. They compared people who were currently married with people who were single, and if the married people were doing better, they’d say, “See, marriage makes people happier! See, if single people would only get married, they’d be happier!”

But I soon realized all the conclusions were based on correlations that didn’t tell us anything about causation. Married people might differ from the single people studied in all sorts of ways that could account for the difference. Maybe the married people weren’t happier (or healthier or whatever) because they were married, but because they had more money or because they were healthier to begin with—the possibilities are endless. Sometimes researchers try to control for this or that, but they can never control for every possibility, and they never even think of some of the most important ones, such as whether the single people want to be single.

Nevertheless, despite a methodology that gave married people an unfair advantage, sometimes those studies showed little difference between the married and the unmarried people. Some of them even found advantages for the lifelong single people.

RH: You coin the terms singlism and matrimania. What do they mean?

DePaulo: Singlism is the stigmatizing, marginalizing, and discrimination of people who are single. Singles are stereotyped when other people think they’re miserable, lonely, immature, self-centered, and so forth, because they’re single. Single people are marginalized in a society in which so much of social life is organized by couples. They’re discriminated against in federal laws—more than 1,000 of them—that benefit and protect only people who are legally married. Those are just a few examples.

Matrimania is the over-the-top valuing, hyping, and celebrating of marriage, couples, and weddings. My issue isn’t with the valuing of romantic couples and weddings; it’s with the overvaluing of them, to the exclusion of all the other important relationships in our lives.

DePaulo: Sure, I wish I had two incomes! But if I have to be married and live with someone to get that, never mind. I love living alone. And yes, it might be nice if someone swooped in and did some of the household chores. But here’s the thing: after they cleaned up, I’d like them to leave. I like companionship and support. But I don’t like “built-in companionship” in the sense that I’m obligated to always have the same person as my plus-one, and that person always wants me to tag along to their events, whether I want to or not.

All of this does not mean that I don’t value close personal relationships. I do. I like going out to long, leisurely dinners with close friends. Sometimes I like traveling with them. Sometimes I enjoy visits from out-of-town friends or family. I have cherished friendships that have lasted decades. But I want that closeness to be balanced by delicious stretches of solitude.

People who love their single lives often prefer the DIY approach to relationships and to life. They like deciding who they’re going to spend their time with (without it having to be the same person every time), and they like the option of not spending time with anyone at all on a given day.

RH: What would you recommend for a therapist whose client’s stated goal is finding someone to marry?

DePaulo: Of course, it’s entirely possible that marriage is what they really do want. The problem is that everyone knows they’re supposed to want that. What sometimes happens is that single people tell their therapists—and themselves—that they want to marry, but when it comes to doing what it would take, that ranks somewhere below cleaning out their sock drawer. There could be lots of reasons for that, but one is that they actually like their single lives, if they’re living them fully and with purpose.

If you’re old enough, you may remember when women (well, middle- and upper-class white women) were expected to want nothing more than to marry or have children. If they went to college, it was to get a Mrs., not a BA. Many didn’t even consider the possibility that they might love having a career. That’s where we are now about choosing single life: it’s not out there as a real, viable, obvious life choice. So it’s especially important for therapists to be attuned to choices that are not yet socially recognized or validated, but that may be the best choices for some people—the ones they’d choose for themselves, without needing any help, if only the common misconceptions about them were made apparent.

This blog is excerpted from "Resisting Matrimania," by Ryan Howes. The full version is available in the November/December 2018 issue, A New Generation of Clients: Is Therapy Keeping Pace?

THANK YOU! I have suffered from singilism my entire adult life and also bought into the myth that I'd be happier coupled. And yes, this is a couple-centric society and it's so painful to be excluded. I'm very grateful for your research and fresh point of view. I will use this material with my clients. Ellen Fox