How Millennials are Changing Therapy

Staying Remembered in an Age of Fast-Talking and Fast-Forgetting 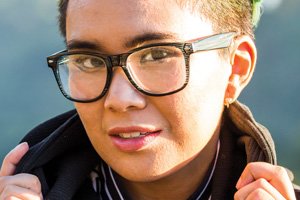 I’m in an overflowing room of therapists at the Networker Symposium to lead a discussion on combating gun violence. The March for Our Lives protest, organized by students from Parkland, is just miles away. As I listen to almost 500 clinicians passionately exchange ideas, I’m struck by how millennials and their younger siblings have begun inspiring sociopolitical change, including the very nature of the therapeutic relationship and our role as therapists.

Ah, millennials. I use the term advisedly, knowing how it rankles many in that approximately 18–35-year-old age group, having been written about endlessly and tied to stereotypes of being whiny and entitled, spoiled by helicopter parents, too sensitive, narcissistic, and selfie-obsessed. But this oft-criticized generation has finally emerged as a force in society that is, by many accounts, the most diversity-embracing, ecologically minded, and philanthropic on record.

At the same time, their vulnerabilities are well documented. They’re experiencing staggering increases in the rates of psychiatric disorders, suicides, and opioid deaths. The great recession affected them far more than any other demographic: one in five lives in poverty, with young African Americans and Latinos having unemployment rates that are double or triple that of their white peers. Student loans approach $35,000 per college graduate, while more than 40 percent of students don’t make it to graduation within six years.

Precisely because of both their intense vulnerability and their emergence as a force to contend with, it’s time to recognize how young people have been quietly changing the world of psychotherapy. I know that I’m not the same therapist I was just a decade ago—few of us are—but it’s not primarily because of any new technique alone: I’m different because millennials, over the past two decades, have pushed me to re¬examine my basic assumptions about the therapy relationship.

Today’s teens and young adults are a far cry from the often silent and guarded clients of old. How could they not turn things upside-down, having been raised in mostly nonhierarchical families by parents who encourage children to speak their minds from the get-go? They come into my consulting room so poised I hardly remember that they’re here to be helped with often overwhelming psychological and behavioral issues, almost 50 percent having received a diagnosis by the age of 18. They can be at the edge of collapse, yet as friendly and together as a talk show host. Savvy consumers, they’ve checked me out online and conferred endlessly with their friend group before their appointment. Even the politest don’t mince words. “Given my crappy insurance, we need to make headway fast!” a 23-year-old announced just this week.

I’m often taken aback by how they demand something quite personal of me in the very first session. My wife and I share offices in a suite, and recently a 26-year-old genially asked, before she even sat down for our first meeting, “So how did you meet your wife? I just saw her in the waiting room and I love to hear couples’ meeting stories.” Really, as a therapist, how open am I supposed to be?

My younger clients want to have conversations almost every session about matters other than the therapeutic “work”: politics, sports, streamed shows, video games, you name it. And these dialogues don’t just happen verbally. I’m pulled into relationships with my clients via links they offer me to their blogs, their Instagram accounts, their LinkedIn profiles. They want me to see the concerts they attended, family moments they captured and shared with the world—and, of course, shots of their favorite foods.

And while therapy is often about tough stuff, they always want to laugh. I need to be funny or at least a “good enough” audience (my apologies to Winnicott). Unless an immediate crisis must be dealt with, there’s a need for fun in the room, as well as the kind of roiling exchange that lives online. And there’s no standing on the sidelines in today’s consulting room: whatever the issue, I’m expected to offer my own views.

How, then, do we handle this challenge to our neat theories and protocols? Actually, it’s not such a mystery. Regardless of clinical tribe, most of us bend ourselves into pretzels trying to be both authoritative and deeply collaborative, much like the parents we too often criticize. But we usually think of this fluidity as an add-on, a “besides,” an “in-between,” to be shared privately in peer supervision groups. What if it is the work? What if the palpable spark of personal immediacy and role-fluidity is essential to today’s increasingly outspoken, yet intensely vulnerable teens and young adults?

And if the world is in the room, how does it change the therapy relationship?
At the very least, given the constant noise and stimulation of contemporary life, we might begin by learning how to stay remembered between sessions.

I referred a 23-year-old patient to a veteran colleague and asked how the first session had gone. “I think it was good,” my colleague said. “She shared way more than I’d expected. But then later, I wondered whether anything had actually happened, or if it was just two strangers talking fast to each other.”

When online communication first exploded about 15 years ago, I began to notice a change in my teen and young adult clients. They’d often start a session by asking me to remind them what we’d talked about last time. At first, I chalked this up to “resistance,” and then I started to worry about myself—was I that bland and unmemorable? Then, as I began hearing similar descriptions from other therapists, I realized that fast-talking and fast-forgetting were a manifestation of light-speed millennial banter, both online and in what I call the “second family” of the peer group.

Does your therapeutic relationship with young adults need an update? Don't miss Ron's workshop at the 2019 Networker Symposium in March!

Anna, a recent college graduate, brought this home for me. Depressed and anxious after relocating to a new city, she was unable to calm herself, which meant ruminative, self-doubting episodes that immobilized her—keeping her up at night and in bed during the day. She always seemed grateful to have someone listen to her, but regardless of a session’s seeming richness, she’d turn to her cell phone the second it ended, and it’d be clear the following week that she’d absorbed almost nothing. “It’s not good,” I’d half-kiddingly say, “when someone with my gray hair remembers more than you do.”

Finally, one session, Anna turned to me and politely said that she’d appreciate my stopping her from “blabbling.”

“Please make me speak more slowly,” she demanded. “Because I don’t hear a word of what I’m saying to you or what you’re saying to me.” It was true. Speedy dialogue allowed Anna to diffuse into an almost dissociated state—a frazzled groove in her already mercurial temperament. Therapy began to exist in her mind only when I’d created a different kind of space by slowing her down and by making my presence more dramatic.

So I began stopping Anna mid-sentence by saying, “Did you listen to what you just told me? It’s absolutely hilarious!” or “Those words of yours are haunting, I feel like you’re singing a beautiful, sad song to me.”

And key to being surer that my input might have a longer lifespan than a Snap on Snapchat, I now repeat key words and phrases at a session’s end with almost all clients. And I’m not alone. During a recent presentation I gave on treating young adults, many of the therapists described creative tactics they’d dreamed up to stay remembered. One keeps a basket of beautiful, water-smoothed stones by her side. As a session winds down, she asks clients to “name” a stone by writing their version of the meeting’s theme on it, and to take this home with them.

Staying remembered also depends on a client’s learning channels and diagnosis. Many young people love taking notes on their phones. Others, especially those with histories of trauma or anxiety disorders, need session summaries to be metaphorical, so they don’t carry words that may cause greater anxiety.

Twenty-one-year-old Michael was deeply ruminative, for instance, and afraid he couldn’t satisfy anyone sexually. Rather than mentioning anything to do with “performance,” I offered him a calming metaphor. “Your plane doesn’t have to race down the runway,” I said. “You can spend time slowly taxiing, and even decide not to take off. And always listen to your copilot, because you can be guided whether to move ahead at all or approach several landing areas from different directions and speeds. You’ll get better as you log more flying time.”

With 26-year-old Joe, after slowing down his light-speed monologues, I’d offer an almost hypnotically gentle recounting of what we’d gone over. And with Anna, knowing how diffuse she could get, we’d come up with a mantra together: a favorite being “talk slow, breathe slower.”

These days, I no longer grandiosely think that just because I’m the therapist my words will be remembered. Collaboratively, my clients and I create a pacing and drama that preserves what might otherwise vaporize into the cloud. By underscoring our experience, I’m saying, what happened here between you and me today is worth remembering, no matter how busy you are.

Ron Taffel, PhD, is the chairman of the board of directors of the Institute for Contemporary Psychotherapy in New York. He’s the author of eight professional and popular books and over 100 articles on therapy and family life.

This blog is excerpted from "No More 'Same Old,'" by Ron Taffel. The full version is available in the November/December 2018 issue, A New Generation of Clients: Is Therapy Keeping Pace?