What Basketball Taught Me About Therapy

Learning to Stay in the Game with Challenging Clients 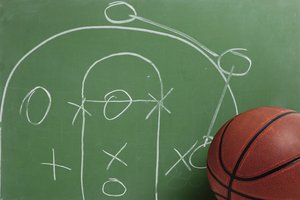 Basketball has taught me many lessons. Early on I learned to savor the game's textures and physics. In June, the ball bounced off the hot schoolyard asphalt as a spinning, shimmering orb, full of heat and life. When shot errantly, it ricocheted about the orange rim in quick triplets of metallic pings. In December, that orb became slick and cold and landed with sodden, bass tones. I, too, was all material form and rushing sensation: sneakers squeaking, head riveting, red arms and legs gesticulating in bursts of motion without conscious thought. It was both soothing and exhilarating to lose myself in the game's kinetic flow.

I learned about trust, relationships, and teamwork. I was taught by a summer-camp coach to lob the ball to a teammate at the high post, and then to expect a return pass when I'd cut hard toward the basket to score a layup. I learned to lead my teammate to an open spot on the floor with a low bounce pass so that he had his chance to spin around and shoot. Whenever I was on pickup squads in which the ball flew precisely up top, crosscourt, and down low from one panting player to another, I felt as if one mind seamlessly linked us.

I learned the power of sports to regulate feelings. When my father died, I spent long hours alone on the schoolyard court, a 15-year-old in focused concentration/dissociation, settling myself into numbness with the mechanical repetitiveness of hundreds of foul shots. When a girlfriend left me a few years later for another guy, I worked out my anger by drilling countless line-drive jumpers from the baseline. My life sometimes felt out of control, but I had the predictability of the ball's bounce, the reliability of ready teammates, the surety of honed skills. I had game.

Taking the Game to the Office

Sports would one day shape my clinician's game, too. Not that they gave me a classic therapist's manner. A lifetime of going one-on-one with opponents elicited the reflex to confront, rather than accommodate. When I arrived in graduate school, in my mid-twenties, one classmate said to me that I seemed like the least likely person she'd ever met to become a clinical psychologist. In the therapy room, I had to remember to turn down my brash garrulousness and feign modest introspection. But from the outset of my clinical training, being a ballplayer gave me distinct advantages over my gently empathic colleagues.

I immediately had a knack for handling male aggression. Actually, I didn't even recognize it as aggression at first. I was so inured to hostility that it just seemed a normal variant of relating. My athletic experiences had taught me that, for many men, "the best defense is a good offense." If you could force the other guy into a scrambled retreat, then you were effectively protecting yourself. I'd seen thousands of trash-talking, chest-beating players who'd loudly argued calls ("No fucking way was I out of bounds!") and swung their arms about in threatening gestures like shrieking simians in an Animal Planet documentary. I'd see through their displays of rage to their vulnerability and fears of failure. I considered the rage to be just the game's background noise—to be tolerated or even tuned out.

This served me well in my first clinical practicum site while working with Alex, a 16-year-old African-American kid, who'd been court-ordered to undergo psychotherapy after beating another teen unconscious. He sat in my office during the first session with the cold stare and coiled tension of a juiced linebacker. I knew little about adolescent development or building alliances with resistant teens, but sensed a player accustomed to triumphing through intimidation. This was confirmed when, after I'd asked him what happened between him and the other teen, he said ominously, "I don't get pushed around by nobody." I assumed that meant me as well.

Without my background in sports, I might have been cowed, but, instead, I felt intrigued, even flattered. Friendly or not, he'd invited me to parry. My instinct was to show I could meet his challenge with cool resolve and then challenge him in return. I said quietly, "I can respect that. I don't push people and don't like it when they think they can push me." His eyes lit up; the game was on. He acted the withdrawn tough guy for the rest of the hour. He then failed to show up for the next two sessions. Like a good one-on-one defender, I had to demonstrate that I'd stick to him like glue and not be shaken off. I wrote to him that unless he appeared for the next appointment, I'd send a report to the judge on his case stating he'd dropped out of his mandated treatment.

Alex returned to therapy the following week angrier than ever. He leaned forward in his chair menacingly at times, and slouched back in sullen silence at others. I didn't flinch, but instead gave him my full attention, respecting his every move, admiring his gamesmanship. I also was intent, though, to prove that I cared enough about resolving the troubles in his life to hang in there with him and get past his show of rage. Much later on, after he'd settled in, we'd talk about how he felt about being one of the few black guys in his white suburban high school, how he thought his father rode him, how nobody believed he was any good. Today, however, was all about the flailing drama of his aggression meeting a competitor's calming embrace. It was only at the very end of the session that the rage began to subside and his tone softened to one of mild exhaustion or, perhaps, resignation. I, too, was drained, but felt thrillingly engaged. Even as he sat hunched over with a scowl still contorting his face, I said to him with all sincerity, "I look forward to seeing you next week."

Staying in the Game

The insights gleaned from my sporting life that have most illuminated my clinical practice concern dealing with decline and loss. During two decades as a medical family therapist, I've counseled hundreds of men with chronic and serious illnesses who were struggling to live with diminished abilities. The struggle to accept fate, age, and injury has long been part of my athletic experiences.

As a callow teenager, I sometimes played against thick-bodied, sharp-elbowed guys in their fifties, who, lacking the foot-speed to guard me, kneed me in the thigh or gave me forearm shivers to the ribs whenever I dribbled near them. To me, they were pathetic, if dangerous, old sluggards, better suited for bocce than basketball. I had neither love nor empathy for them. The more they'd hit me, the more I'd revel in driving past them to score and show them up.

Then, in my thirties, as my own knees began to creak, I got a different view of the aging male ballplayer while playing regularly in an unusual pickup game in a small-town, elementary-school gym. At the time I joined in, neighborhood players had been gathering on the stained, palely lit court two nights a week for more than 35 years. Some of those who'd originally started the game—guys not in their fifties but sixties, seventies, and eighties!—were still hoisting up hook shots beside teammates young enough to be their great-grandchildren. He was a slowly moving shadow of a once-capable athlete, but his sheer nerve to will his body to play this game struck me as an inspiration.

More than a dozen years later, as my age has risen and the height of my jumps declined, I've taken my place in this gym's circle-of-hoops-life as one of the more senior players. Though I miss the old spring in my step and the eyesight to shoot as accurately as I once did, I still challenge all comers—19-year-old powerhouses, but also 40-year-olds who lack the legs or stomach to go near the basket and hug the court's perimeter—adjusting my game to their strengths and limitations. I'm hoping to dribble out my days, taking my best shot at being the best man possible in whatever playing time I've been allotted.

This has translated into a psychotherapy style bent on encouraging ill and disabled male clients to get back into the game. When 77-year-old Bill suffered a major stroke, severely weakening the entire right side of his body, he was an inconsolable lump, lying motionlessly in his hospital bed. He'd been a vital, powerful man throughout his adulthood, but now he was in shock about having to depend on others for such needs as grooming, dressing, and toileting. I told him I knew he felt devastated, but he must rise up and get moving. I said that sitting on life's sidelines is enervating, in and of itself. Disability is only compounded, I argued, when men avoid trying to resume cherished activities for fear of humiliating themselves through facing what they can no longer do. Playing a diminished role, in contrast, is psychologically better than having no role at all. Swing the bat, I said. Take the shot. Find out what contribution you can still make.

When I returned to his room the next day, I found him still staring at the ceiling. His daughters sat silently around his bed as if on some deathwatch. I started off talking gently to him about seeing the scope of his life as its own well-worn playing-field, upon which he could still hustle and strive, regardless of the deterioration of his skills. I described for him the hoary picture of the 70-year-old basketball player, broken down but proud. I talked about stroke-hobbled men I've known who struggled to get back on their feet. I worked myself into the fervor of a fourth-quarter pep talk, imploring him to have hope, grasp purpose, and take action. To the daughters, I urged a different approach—creating the means by which their father could still be an active, if limited, player.

Bill looked at me blankly as if I were daft; the daughters looked away. I left the room unsure of the impact of my visit. Later that day, though, I wandered into the physical therapy gym and saw him standing in the parallel bars with the help of three physical therapists. He was shaky but upright, with severe strain on his face. When he eyed me across the room, he at first glanced away in embarrassment, but then he looked back steadily with a grin that showed pride and a bit of defiance. It wasn't the time or place for me to go slap him on the back. I bowed my head toward him to convey my sincere respect.

Barry Jacobs, PsyD, is the director of behavioral sciences for the Crozer-Keystone Family Medicine Residency Program, the author of The Emotional Survival Guide for Caregivers, and coauthor with Julia Mayer of AARP Meditations for Caregivers. He’s on the Caregiver Advisory Panel and writes a monthly column for AARP.org.

This blog is excerpted from "Game On!" by Barry Jacobs. The full version is available in the May/June 2010 issue, The Secret World of Men: What Therapists Need to Know.

Dr. Jacob's wrote a beautiful and touching article about the ways therapist must find relevance from their deepest of personal life experience to the consulting room. As a life-long lover of basketball and living with a physical disability affecting my gait, I can relate. I will not forget this article in my continued work as a therapist. Thank you, Jason Zeltser, Ph.D.