What Can We Do to Stem the Suicide Spike?

An Interview with Psychiatry Professor and Author Kay Redfield Jamison 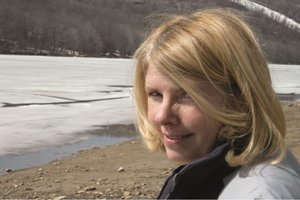 Helping distressed clients who are teetering on this particularly precarious edge is one of the most important interventions we can make as therapists, and it’s one of the scariest aspects of our work. While the current media push toward suicide awareness is a welcomed effort, I’ve been working with suicidal clients since the earliest cases in my training, and still I wonder, how do we give hope to the people who feel hopeless? How do we provide help to those who feel helpless? I’ve found myself asking more probing questions with clients than I once did. But while heightened vigilance and awareness is critical, is it enough to save lives?

Kay Redfield Jamison is a professor of psychiatry at the Johns Hopkins University School of Medicine, a MacArthur Fellowship “Genius Award” recipient, and author of several bestselling books that touch on her own struggles with bipolar disorder and suicidality, including An Unquiet Mind, Night Falls Fast, and Touched with Fire. Her most recent book, Robert Lowell, Setting the River on Fire: A Study of Genius, Mania, and Character, explores the life and mind of a Pulitzer Prize–winning poet whose bipolar disorder colored much of his career.

Here, she shares her thoughts on Lowell’s life and work, as well as how the fields of medicine and psychology can work to better understand and treat severe mood disorders and suicidality.

RH: High-profile suicides trigger a greater focus on the issue as a public health crisis, yet rarely seem to propel meaningful action. What can be done to reduce our rising suicide rates?

Jamison: Some groups, like the military, that have a significant suicide problem in their ranks have made a lot of important strides, but it remains a pretty intractable issue. And there are so many things that compound it: societal problems, access to guns, and increasing availability of opiates, to name just a few.

For people who have a mood disorder, especially when there’s an impulsive component, having guns readily accessible amplifies the risk. I think having opiates easily available creates a similar problem. Other medications that people have commonly overdosed on in the past weren’t as lethal, or as lethal so quickly. And now you’ve got people, many of whom have mood disorders and other difficulties, who are addicted to these drugs and have them on hand.

It’s just a hugely complicated problem. There are 45,000 people a year who die by suicide, which is many more than those who die from breast cancer. Also, these people are disproportionally young. You’d think the general public would be horrified enough to trigger an immediate response.

Jamison: I think funding more research will ultimately pay off. We need more studies to better ascertain who’s biologically at risk, so we can at least protect some vulnerable people a little bit more. And we need to help more people understand mental health issues that are associated with a high suicide risk, especially general practitioners. There should be more awareness in the schools as well.

One of my colleagues at Hopkins has a great program that started in the Baltimore public and private school systems and is now in many states. It involves educating the teachers, parents, and kids about the symptoms of depression, saying, “This is a really common issue, and it’s really important to be able to recognize it and keep an eye out for your peers, because it’s treatable.”

We talk to our medical students every year at Hopkins, and say, “Look, a lot of you are going to get depressed. You’re at risk, given your age and stress level. We’ll do everything possible to get you well, and there’s every reason to believe that you will get well, but we can’t have untreated doctors.” You can change the motivation to seek care and look out for friends and classmates this way. And we’ve got to start in psychology and medicine, or what’s the point? After all, physicians are so often the front line for suicide intervention—and they have a much higher suicide rate than the general population.

Polyvagal theory has revolutionized the way we treat depression and trauma. Here's a free worksheet and video to help you get started.

RH: Does suicide always correspond with mental illness? I know there’s a bit of debate around this.

Jamison: Nothing is always, but if you do psychological autopsies, or you do epidemiologic studies, 90 percent are tied to mental illness, generally mood disorders (depression and bipolar disorder) or schizophrenia or borderline personality disorder. Of course, what determines when somebody kills themselves is usually more complicated than having mental illness. What are the economic circumstances? What are the relationship issues? Are you depressed because you broke up with somebody? Or did you break up with somebody because you’re depressed or manic?

It’s often very complicated so maybe the most effective thing we can do to help someone struggling with suicidal thoughts is to ask questions and to keep talking about it—and to get educated. I think that suicide research is outpacing practitioners’ knowledge. People aren’t aware, for example, that there are probably 50 studies showing that lithium has a very strong anti-suicide effect. I think it’s important for therapists to know that when working with someone who has a mood disorder.

RH: What lessons have you learned from working with suicidal people that you’d like to pass on?

Jamison: After somebody has attempted suicide or been very suicidal, meaning they’re not in the middle of the crisis, I always ask patients, and teach residents to do the same: “What did I do that was helpful to you in any way? What did I do that may have made you feel worse? What would be helpful for you with your family?” I’m very willing to work with family members. I also help patients draw up advanced directives. For example, if I get suicidally depressed or manic again, I want to be hospitalized, even if it’s against my will. I want to be hospitalized at Hopkins and have consultations with specific doctors. I want this medication. I don’t want that medication. That kind of thing.

RH: You say you chose the poet Robert Lowell as the subject for your latest book because of your admiration for his work and life. Can you tell me more about that?

Jamison: Well, the book is reviewed as a biography, but I think of it more as a psychological account. It focuses on how Lowell thought and approached his work: how his life and work and illness came together. And I chose him for a lot of reasons. Mainly, he’s just an extraordinarily interesting and courageous person, who’s also a great poet.

When I was 17, I had my first breakdown, and my high school teacher gave me a few volumes of Lowell’s poetry, saying, “I think you might be interested in this.” I was completely hooked and fell in love. It wasn’t so much that he was writing directly about having a mental illness, but through his poems he seemed to take this uncontrollable, galelike force, and marry it with a sense of beauty. An early poem of his, “The Quaker Graveyard in Nantucket,” is a good example of that.

He spent a great deal of his adult life in a hospital. He first went when he was about 40, but he’d been ill long before that, just not psychotic enough to land him in a hospital. One of the very few treatments available then was electroshock therapy, which he actually responded well to. But it doesn’t stop future occurrences; it just works acutely.

I suppose part of my fascination with Lowell is how you can still get up to teach, to create, to have relationships, to serve on all sorts of professional boards, and even to win the National Book Award and the Pulitzer Prize for Poetry, knowing that, even if you do everything you’re supposed to, it’s just a matter of time until you’re psychotic again. It’s just in your nature, beyond your control.

This blog is excerpted from "The Challenge of Psychedelic Therapy," by Rich Simon. The full version is available in the September/October 2018 issue, Psychedelics: The Future of Talk Therapy?