How Psychedelic Therapy Could Change Your Practice 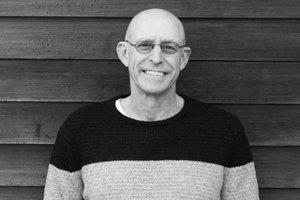 When Time magazine named Michael Pollan one of the most influential people of 2010, the author who profiled him describes being “Pollanized” by reading one of his books about the food industry. She’s referring to Pollan’s distinctive influence and authority as a voice in the culture, a widely respected writer whose thoroughness and integrity often profoundly challenges the worldview of his readers. The bestselling author of several nonfiction books, including The Omnivore’s Dilemma, often cited as a pivotal work in changing our modern culture’s relationship with food, Pollan has now turned his attention to the mental health field with his most recent big-splash publication, How to Change Your Mind: What the New Science of Psychedelics Teaches Us About Consciousness, Dying, Addiction, Depression, and Transcendence.

That the book has had an impact and a reach beyond what anyone might have expected is both an indication of an evolving cultural receptivity to psychedelic experience and to Pollan’s ability to offer a compellingly comprehensive portrait of a growing movement that many believe could reshape the mental health field. In the Q&A below, he talks about the surprising impact his book has had, as well as the many challenges therapists face in integrating the lessons of psychedelic therapy into their work.

Psychotherapy Networker: How do you explain the level of attention your latest book has received?

Michael Pollan: When I started the book I wasn’t aware of the degree of dysfunction in the mental health system. But when I began talking to therapists about psychedelic therapy, I found far more receptivity than I expected to, even from establishment figures like Tom Insel, former head of NIMH, and Paul Summergrad, former head of the American Psychiatric Association. They emphasized not only the limited effectiveness of the pharmacological tools in psychiatry, but also that mental health care is reaching only about half the people who need it. And even for those it reaches, the results aren’t great. If you compare mental health treatment to fields like cardiology or oncology or infectious disease treatment, you just don’t see the same advances in its efficacy and capacity to alleviate human suffering.

PN: What are the challenges therapists face in adopting psychedelics into their work?

Pollan: There are a number of them. How do you incorporate this work into the therapist’s lifestyle and work day? What’s the business model if clients aren’t coming back every week for years? Similarly, Big Pharma hasn’t figured out how to make money on a treatment that only requires a few pills, but they’re keeping an eye on the small companies getting into this space. As soon as one of them figures out a way to make money offering psychedelic therapy, it seems likely they’ll snatch them up.

Their “product” probably won’t be just selling pills, but a package—the medicine plus therapeutic support—sold to hospitals and clinics or national health services. Another problem for the pharmaceutical companies is that psilocybin comes from a wild mushroom that can’t be patented, and LSD and MDMA are both off patent. So there are all sorts of interesting economic challenges. I don’t doubt that they’ll be sorted out, but it just doesn’t fit the model of psychotherapy or psychopharmacology as we now understand it.

PN: For whom do you think psychedelics might have the most impact?

Pollan: One of the most promising indications is treating people who are facing a terminal diagnosis, right now primarily cancer patients, but it may work for other people facing an ALS diagnosis or Parkinson’s, or things like that. But that hasn’t been tested. Some oncologists are even thinking about creating a room in their offices where patients who need it can have psychedelic therapy with guides or trained therapists. That might happen soon as an adjunct to conventional medical practice. With addictions, you’re likely to see psychedelic therapy in the various places where people go for rehab.

PN: How is being a psychedelic therapist any different from ordinary practice?

Pollan: Let’s say you’re doing MDMA therapy. The drug itself establishes the therapeutic bond very, very quickly. And so instead of having weeks or months of getting acquainted and earning trust, an intense engagement happens right out of the box. But an interesting mix of skills is needed here, because for part of the time during the drug journey, therapists have to be very laid back and noninterventionist; whereas after the session, they need to become far more active and help the client draw lessons and make sense of this elaborate, extended trip that they’ve been through.

Doing psychedelic-assisted therapy requires many of the things therapists are good at, such as listening, interpreting, and bonding, but in slightly different proportions than in more traditional therapy. Overall, there’s a real issue of how much specific training you need to do this kind of work.

I think MDMA therapy takes more skill than the others, because during the journey, you need to help the person bring out the painful memories and process them. Something very important happens during the session between the therapist and the client. Whereas in psilocybin therapy, people kind of go off on their own and have their experience without much intervention at all from the therapist.

With MDMA, there can be hours where nothing happens at all, and then suddenly, either upon a prompt from a therapist or on their own, the patient takes off their eye mask and starts telling a story. With the help of the drug, the memory of the trauma can be examined in a very calm way without exciting the disturbing emotions that would otherwise normally accompany it.

PN: In all your reporting for your book, what was, to you, the most striking evidence of psychedelics’ therapeutic potential?

Pollan: Two experiences stand out. One involved talking to the cancer patients from the NYU and Hopkins psilocybin studies. Before the treatment, many of them had never used psychedelics and were paralyzed by their anxiety and fear at the prospect of death. Seeing how they’d achieved an equanimity after a single psychedelic session was remarkable to behold. That one experience with the drug completely reset their understanding of death.

One woman I interviewed, despite being in remission for ovarian cancer, was crippled by fear of the cancer coming back: she couldn’t function. During her psychedelic session she had the experience, as many of the cancer patients do, of imaginatively traveling inside her body. She encountered this black mass under her rib cage. It wasn’t her cancer—it wasn’t in the right place. She realized the mass was her fear. So she screamed at it, “Get the fuck out of my body!” And it vanished. Later, in talking to her therapists, she said that the experience made her realize that while she couldn’t control her cancer, she could control her fear.

The other group that impressed me were the addicts. I talked to cocaine, alcohol, and cigarette addicts, all of whom were being treated with psilocybin. And in the case of the smokers, there was a pilot study in which they achieved very high rates of abstinence after a year: 67 percent, which is remarkable for smoking. (Right now, the best available treatment only has a 20 percent success rate.) These people weren’t facing death, but they had these experiences that often involved moments of sublimity.

Rich Simon, PhD, is editor of the Networker.

This blog is excerpted from "The Challenge of Psychedelic Therapy," by Rich Simon. The full version is available in the September/October 2018 issue, Psychedelics: The Future of Talk Therapy?