What Christine Blasey Ford Could Mean for Survivors 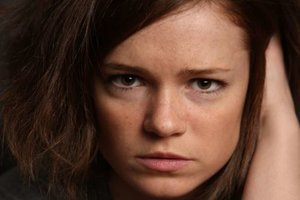 The country was gripped. In office lounges, on workers’ desktops, in college classrooms, and on their phones during lunch breaks, millions of Americans watched streaming coverage of Christine Blasey Ford, a woman they’d never met, sit before a warring panel of politicians, admit she was terrified to be there, and then bluntly tell her story of sexual assault at the hands of a Supreme Court nominee.

After Ford, a psychology professor, described the assault, she explained how in the months, years, and now decades after she was allegedly held down, groped, and forcibly silenced by a drunken Brett Kavanaugh, she developed anxiety, PTSD symptoms, a fear of flying, and claustrophobia. She had trouble in high school following the attack and in the early years of college. Relationships weren’t easy. Years after she’d married, in fact, she and her husband went into couples therapy when she insisted they spend money on a second door to their house. It was a necessity that stemmed from the attack, she said, to have another way out in case the first door was blocked.

Her husband, a few friends, and her therapist knew about what had happed to Ford long before this hearing. She’d never told her parents.

For survivors of sexual assault, the coverage of supreme court nominee Brett Kavanaugh’s alleged behavior in high school has been retraumatizing. But there’s also been hope that giving Ford—one of the three women who’s accused him of sexual assault—an opportunity to tell her story, could somehow shift the cultural narrative: maybe survivors should be taken seriously. Maybe, in the warmer waters of #MeToo, the country is ready to believe a sexual assault survivor enough to finally grasp the toll this kind of trauma takes on one’s life.

Throughout coverage of the hearing, major media and social media flashed the name and numbers of sexual assault hotlines. Calls to RAINN, the Rape, Abuse & Incest National Network, spiked by 201 percent during and after Ford’s testimony. The nonprofit had already reported a surge of calls in the days leading up to the hearing after President Trump—himself accused of sexual assault by 17 women—asked why, if Kavanaugh’s alleged attack on Ford had been so damaging, she didn’t report it when it happened.

• Because the police told me, "Why don't you wait a few more days and then decide if you want to ruin this man's life?"

• Because I thought it was my fault.

• Because I wanted people to see ME, not a victim.

• The one time I did report it, the cop said I was asking for it. Even my own mother yelled at me for being stupid enough to “let” myself get raped. It happened again after the first time. But I didn’t report it. What’s the point?

These stories are not new to therapists, who are often the first ones that survivors tell about their assaults.

Mary Jo Barrett, who runs the Center for Contextual Change in Chicago and specializes in trauma, says the early days of #MeToo created a spike in trauma symptoms in her sexual assault survivors. Even if the media coverage created positive cultural momentum—famous trauma survivors in Hollywood were being believed again and again and again—it still hurt many survivors to think about their own assault in this new context: the recognition of prevalence, the sense that there was nowhere to turn where sexual assault and harassment wasn’t a reality. Some even spoke of the contrast of how their own stories were received years earlier.

Now, Barrett says, “I’ve had a lot of clients stirred up by this again. A lot of people are remembering those same kind of high school experiences. Out of the 12 families in my caseload right now, three kids came out to say: ‘that happened to me.’”

These are the kinds of assault stories, Barrett believes, that young people rarely used to tell their families about. There was the shame around mentioning something sexual to parents, the idea they were breaking family rules around drinking, the confusion about whether they were somehow to blame. But in these last few weeks, her clients handled it differently.

“They’re reckoning with the fact that they can tell, that maybe they should say something. And their parents are handling it very differently than our parents might have,” she says. “What Ford is doing is empowering. It’s especially empowering young women now. One of my young clients just had a similar incident happen at a party last Saturday night. When she told me about it this week, she added, ‘I don’t know that I would’ve brought it up before all this.’”

Still, between two-thirds and three-quarters of sexual assault survivors never come forward. Those between the ages of 12 and 34 run the highest risk of being assaulted and, according to the FBI’s crime index reports, only 2-10 percent of sexual assault allegations are false—a much lower percentage than for most other crimes.

Barrett also thinks the facts Democrats questioning Ford kept citing during the hearing—about the rarity of trauma victims coming forward and the reasons why—was a valuable teaching moment for the country. Lessons that, whatever happens with this Supreme Court nominee, will be hard to unlearn.

The morning after Ford testified, a stream of Democratic representatives, some of them visibly shaken by the news that the Republican majority would be pushing Kavanaugh through for a vote, went on record with their outrage. Florida congresswoman Val Demings, a former police chief, said she would never have hired someone with multiple allegations of sexual assault against him to help enforce the laws of her community. “Why?” she asked, “would we let him enforce the law of the land?”

For Barrett, his potential confirmation is like a pit in her stomach. “If he gets approved, it’s going to be devastating to survivors, who will get thrown backward, thinking, ‘Here we go again, this is why we don’t tell.’”

Yet Ford has given voice to millions of assault survivors. And the rest of the country has learned a good deal more about why they don’t always come forward, what they live with after the attacks, and how even drunken teenagers going to prep schools in one of the country’s most powerful districts could be held accountable for what they’ve done—if not always by politicians, then maybe by a few of the millions of Americans who will have a hard time forgetting the credible, anxious, 51-year-old, professional woman who told her truth.

Lauren Dockett is senior writer for the Networker.

I didn't get to hear the hours of testimony, but what I did hear made immediately clear that Dr. Christine Blasey Ford had great difficulty speaking with emotion--which is a symptom common among survivors who had not been able to address the trauma for a long time. It's virtually impossible to fake--especially for another survivor. Considering that she has years of public speaking as a teacher this is significant! How often to perpetrators use circumstances without witnesses--knowing that "he said, she said" situations are virtually impossible to resolve. What happens when the perpetrator can express their full range of emotions unrestrained to protect themselves from the accusation and the victim is still struggling to overcome the trauma? Also-- information explaining traumatic responses is needed--trauma occurs most often when a persona is helpless--and note how she tried to resist (only her one-piece bathing suit saved her). Trauma affects the Autonomic Nervous System along with the Polyvagal neurological connections. This is the involuntary self-regulating system that keeps us breathing and our heart beating even if we are in a prolonged coma--trauma often involves an alteration in the set point of homeostasis of the stress response.

It's quite remarkable to me you were given a voice in a publication that, up until now, I have had such high regards for. I believe it was unethical for Psychotherapy Networker to publish your article. Here’s why. Without proof, the text and the sub-text of your writing suggest Judge Kavanaugh is guilty of an offense or serious misconduct. Is he, right now here today in the present? What do you know that no one else knows? Do you have evidence? If so, are you planning to contact the FBI? If you have no evidence, you must be a clairvoyant. If not clairvoyant, perhaps a fortune teller with a crystal ball might be the best explanation for your special powers. As outlandish as it would be for me to believe you have special powers, in the same manner, it is outlandish to believe an individual is guilty without justification or proof. Is this how reasonable and responsible people should act and/or behave towards other? This type of mentality runs contrary to the fairness, equity, and respect principles I aspire to as a Counselor and as an American Citizen. Certainly, you cannot be in the profession of counseling, or any type of professional position for that matter as your article lacks any substantive critical thinking. If you were a professional, you would be searching for truth and looking for evidence before drawing conclusions. Fairness and justice is what each and every person deserves, even the accused. This philosophy underpins our entire US justice system. Without it, each one of us will have to worry about the day we might have to defend ourselves against unsubstantiated/uncorroborated accusations from any known or unknown person. What if the event occurred 20, 30, or 40 years ago where, in all likelihood, it would be exceed anyone’s capability to make a proper determination? How would members of your immediate and extended family react? Members of your community? For better insight, to assist in calibrating your critical thinking, I encourage you to find out about the McCarthyism era that took place in this Country. In summary, McCarthyism is about the witch hunt practice of making accusations of subversion or treason against American citizens without proper regard for evidence. Have you ever read the “Classic” book “To Kill a Mockingbird”? Although fictional, readers learn about an attorney who strives to prove the innocence of a black man unjustly accused of raping a white woman and how biases and prejudices can bring out the worst in the towns’ people. At this sensitive moment in our history, we believe that women should be respected and heard and believed. It is also important to keep a critical eye on those willing to use the “#MeToo” movement for their own selfish motives remembering that innocent until proven guilty is one of our country's bedrock principles and that fair and honest people withhold judgment until all the evidence has been collected and weighed, all the facts have been separated from all the fictional elements, and after careful and thoughtful deliberation have taken place. Unsubstantiated/uncorroborated claims trivialize the offense. There have been a number of widely publicized false claims over the past 15 years, and they undermine the many assault victims who are telling the truth. They make the search for justice seem political which it never should be. It is quite fortunate for the towns’ people you were not writing articles for publication at the time when the Salem Witch Trials were taking place. Just some thoughts... Candice V. Hart MA, LPC, NCC

Thanks for making sure this article was gender-neutral.

I am so proud of Dr. Ford. She did what I have not been able to do in 40 years! I was told one would believe me and they did not and locked me up.. With the help of my current Dr. , finally starting getting the help I have need. Still do not have Dr. Ford's courage. Maybe some day before I die. Fran Baker