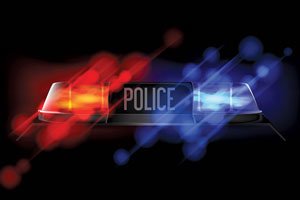 Courtney Tran starts her day by arriving at her desk at the Aurora Police Department’s third precinct, and files paperwork until the dispatcher’s voice crackles over a two-way radio. She’s spent almost a year learning what to expect from these calls—reports of a suspicious trespasser, a domestic disturbance, somebody threatening suicide—but still grapples with the sheer unpredictability of the work. As the radio blares, she straps on a heavy bulletproof vest, jumps into a police car with an officer, and speeds to the scene.

Five years ago, Tran got her start in clinical work with Aurora Mental Health Center, a private nonprofit clinic. But over the past 11 months, in conjunction with her employer, she’s been embedded with two other mental health professionals in the Aurora Police Department as part of a two-year program funded by the Department of Justice (DOJ). Accompanying a police officer on calls where mental illness is a suspected factor, once on the scene, the two can perform full mental health evaluations and suicide screenings, arrange for placements into psychiatric or substance abuse clinics, and contact case managers to take over. Most notably, Tran is lending her expertise in an arena many say desperately needs a therapist’s empathic touch and careful discernment.

According to a 2016 report from the National Alliance on Mental Illness, 15 percent of men and 30 percent of women booked at US jails every year have mental health problems. And with nearly 25 percent of victims of fatal police shootings having a diagnosable mental disorder, programs like these can be lifesaving.

Calls for greater collaboration between police and clinicians are nothing new. In 1988, the Memphis Police Department developed the Crisis Intervention Team (CIT) model. It advocates police partnerships with universities, corrections departments, homeless assistance providers, and hospitals, and it mandates a 40-hour mental health training course. It’s one of the best-known and most widely adopted police models for addressing mental illness today. But as of 2016, only about 3,000 of the nation’s approximately 18,000 police departments had some or all of their officers go through CIT training.

In fact, most states have no mandatory police mental health training, even though police often “are not only operating as law enforcement officers, but also assuming the responsibility of social workers and other community support roles,” notes a 2016 report from the International Association of Chiefs of Police. “Officers often lack clear policy direction and training to effectively serve [the mentally ill].”

To step up collaborative efforts, the DOJ’s Bureau of Justice Assistance selected six police departments in 2010 to act as test sites for more robust police–clinician collaborations: those of Houston, Texas; Los Angeles, California; Madison, Wisconsin; Portland, Maine; Salt Lake City, Utah; and the University of Florida in Gainesville. Several of these police departments, with large staffs and sizeable budgets, already had experimental police–clinician teams in place, attracting the BJA’s attention. But in more isolated areas, getting co-responder programs off the ground remains a challenge.

When Tran first applied for the DOJ grant in 2014, her application was rejected. But after reapplying late last year, she was given a green light. Aurora’s third precinct now serves as a testing lab for what’s been dubbed the Crisis Response Team, comprising two full-time clinicians (Tran included), a case manager, and 30 officers trained to work with the mentally ill. But with the fate of the program resting on a mere three clinicians, Tran says she’s fighting an uphill battle.

For guidance, Tran turned to Officer Rebecca Skillern, who manages trainings for the co-responder program in Houston, Texas, currently in its 10th year. Like Tran’s, the program Skillern now manages started with just three clinicians. Today, it has 12, in addition to 3,200 specially trained officers who answer a total of 37,000 mental health calls per year. According to statistics provided by the Houston Police Department, the program saves them almost $488,000 annually by rerouting service calls that would otherwise eat up valuable time and manpower. Reducing ambulance and firetruck calls, it saves Houston’s Fire Department almost $843,000 annually. Numbers like these are hard proof, Tran says, that a program like this would pay off for Aurora.

But getting a co-responder program off the ground takes more than showing it can save money, Skillern says. “It means changing the public mindset about what police work involves.” And in Texas, which has consistently ranked between 47th and 50th per capita in funding for the mentally ill, this was no small hurdle. The new program not only involved cutting and reassigning officers, but led to occasions where police and clinicians butted heads. Skillern, who rode by herself before the program began, says having another person in her car took some getting used to. She’s also been in situations where a clinician tried to overrule police or seemed to dislike the institution of policing in general.

Still, most pairings go off without a hitch. “Therapy and police work are actually complementary professions,” Skillern says. Officers and clinicians hold joint interviews with their superiors to ensure they’ll be a good match. And the mandatory 40-hour training programs the pairs go through—an increase from the previously required 15-hour training—offer each group a glimpse into each other’s worlds. “This work humanizes each side to the other,” Skillern says.

Even though many therapist recruits have a background in trauma and crisis interventions, Skillern clarifies that this work is a far cry from the 50-minute office sessions most clinicians are accustomed to. These therapists have access to extensive electronic databases that contain arrest records, treatment histories, medication records, and notes about compliance that they need to brush up on quickly. Skillern says the goal isn’t to get to the root of a person’s underlying issues, but to resolve the immediate crisis and get them into appropriate treatment, whether a hospital, treatment facility, or homeless shelter. “We’re not turning the police call into a therapy session,” she says, “but we’re also training officers not to rush these things.”

Tran says the learning curve for police and therapists is quick, and sees herself at the forefront of a cultural shift. “I sometimes have to tell officers that charging people with a crime will be counterproductive,” she explains. “The things that deter people from certain behavior, like the threat of arrest, aren’t always going to work when you’re dealing with mental illness.”

The work has been equally humbling for her, too. “A lot of us think that police are just going to bust down the door and arrest people,” she says. “But the scenes they encounter are often unpredictable and unsafe. Assisting the police is totally different from anything I’ve ever done before.” Since the program began, Tran says she’s seen a gun pointed at a geriatric-services employee and walked into houses to find that someone had just died by suicide. “This department has never had a mental health professional as part of their staff,” she says, “but I’m viewed as a coworker at this point. I’m with the police every day. I know where they’re coming from.”

This blog is excerpted from "Police and Therapists: A New Alliance," by Chris. Lyford The full version is available in the September/October 2018 issue, Psychedelics: The Future of Talk Therapy?