Could Psychedelic-Assisted Therapy Be the Next Big Thing? 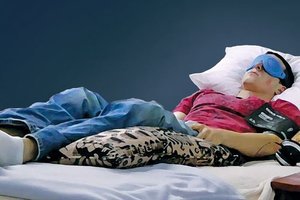 It’s been nearly 30 years since SSRIs came on the scene, but despite their ubiquity and their pairing with a variety of talk- and body-centered treatments, research shows that trauma, depression, and anxiety rates are soaring, and suicide numbers have dramatically spiked. Could the ineffable insights psychedelic and empathogenic drugs bring—the sense of spiritual grounding, of uber-connectedness, of vaporized defenses, of ultimately being part of something more than the terrible traumas and daily difficulties of our lives—finally deliver clients to the states of self-acceptance and belief in the less onerous world we ache to help them find?

Rachael Kaplan had tried everything over the years to treat her childhood sexual abuse and trauma. There’d been medication, EMDR, residential treatment, and so many therapists that she trails off talking about them. It was a lot of effort with little progress. “I was so terrified from my childhood trauma that my system wouldn’t let down its guard enough to allow anything from the outside to affect it,” she says.

When she happened upon a talk about the stunning early results of MDMA-assisted therapy, and a friend then told her that a trial was taking place in their town, her heart leapt. “I kept thinking this has to help,” she says.

To be approved for the study, she met with therapists and a doctor, and went through medical and psychological assessments. She was thrilled to learn she’d been chosen, but then terrified. “Taking something where I wouldn’t be in control of myself, not knowing how it would affect me, I was really scared,” she recounts. “And working with two people I’d really just met? I’m supposed to be vulnerable with them and take a drug with them after such a severe history of trauma? It was very hard.”

Kaplan had three preparation sessions with the two therapists who’d be with her when she took the drug, and for all the integrative sessions that followed. “In those preparatory sessions, they reassured me that they’d keep me physically safe so I could let go on the medication. And they validated my fears that, yeah, it’s a scary thing to do. That in itself was helpful.”

Kaplan couldn’t sleep the night before her first session. In the morning, she gathered the meaningful objects she’d been asked to bring—she chose a blanket, candles, photos of her dog and of friends who loved her—and entered a room with peaceful pictures on the walls, a couch made into a soft bed with more blankets, and flowers in vases set nearby. The therapists pulled two chairs up to the couch. Kaplan’s blood pressure was taken, and a doctor she’d met in the preparatory sessions came in to give her the pill. She lay back, put on headphones, and tried to relax. It was half an hour before she felt anything at all.

She and the therapists had spoken beforehand about setting an intention. Hers was to learn whatever she needed to do to heal her trauma. But she says she was disappointed that the drug didn’t make it easy to do this, even with the two therapists by her side. She wondered if the drug was working, or if maybe they’d given her the placebo. There was an upside, she said, “I did feel closer to and safer with my therapists than I normally would have, and that was really helpful. Something about the drug helped me start to trust them in a deep way.”

In the week that followed, she had intense flashbacks to her abuse and made use of the phone calls and the integration sessions to work through them. Going into the second session, she worried that her psychological defenses would soften even more. “It was like consciously unarming,” she says, “and that makes my whole system freak out.”

Despite her fright, Kaplan never thought about stopping. Her new intention? “Get past whatever’s keeping me from deeply connecting with myself and loving myself. Go wherever I need to heal my trauma.”

This time, she got her wish.

“I felt the medicine from the beginning, and I saw myself being surrounded by angels. It was the most beautiful feeling of love and peace and light,” she explains. “For the first time in my life, I could feel what it was like to be connected and safe with other people and in my body. It made me more able to talk about my trauma, and as I did, I felt a lot of love for my present self and for my younger, traumatized self.”

When her final session came around, Kaplan was ready to go all in. She asked to have the initial dose and a booster dose (usually given later in the session) together at the start, and aimed for what she calls “the dark place.” She says, “I knew there was something I wasn’t facing and my intention this time was to go there.”

At first, she hit a wall and couldn’t get close to the darkness, but then the drug zoomed her through to a place where previously unspoken, troubling scenes of her childhood trauma took shape. Her therapists leaned closer and held onto her as she gave a second-by-second accounting of the abuse, helping her name it for what it was.

If the horrible memories that were unfolding had been conjured in talk therapy, she says she’d have been too overwhelmed to process them. But floating in the feelings of love and safety that the MDMA was accessing in her, she believed that the memories could no longer overpower her, and she stayed with them. “With trauma, it’s so easy to go to self-hate when you’re processing this kind of stuff, so to do it while awash in love was really powerful,” she says.

All these years later, Kaplan’s voice still cracks when she talks about the experience. She calls the therapy “the most profound healing I’ve ever experienced. I saw what was keeping me stuck and in so much pain—and holding myself in love while I experienced it, all that was new and different. I now have this trust in myself that no matter what happens in life, I’ll be okay.”

About three-quarters of PTSD study subjects like Kaplan have gotten better with MDMA-assisted psychotherapy. The trials they’ve been a part of are now in their final phase, and more and more therapists are being trained to deliver the treatment. If all goes well, these therapists could be staffing licensed clinics by 2021. The FDA has even hinted at the possibility of a special dispensation that would allow some treatment to begin before the studies are finished—as early as 2019.

Therapists affiliated with the trials all told Psychotherapy Networker the same thing: they’re chomping at the bit to do this work full-time. In fact, the satisfaction of seeing people like Kaplan who’d lived with unremitting trauma and fear suddenly be free of it made the idea of returning to the ways they’d conducted therapy before simply unacceptable. “What’s the alternative?” one woman asked us. “Keep working with someone for years when you know—you know—their lives could turn around in a couple of sessions?”

Perhaps it really is time for this profession, as the blundering Timothy Leary said before earlier psychedelic therapy trials were shut down in the seventies, to “grow with the flow.”

Lauren Dockett is senior writer at the Networker.

This blog is excerpted from "Therapy's Psychedelic Renaissance," by Lauren Dockett. The full version is available in the September/October 2018 issue, Psychedelics: The Future of Talk Therapy?

As a psychotherapist (29 yrs) doing trauma-informed work, I am interested in training to provide psychedelic assisted therapy! How do I go about this?? Very little information available for interested licensed senior clinicians like me! Please help!? Linda R Glass, MA Licensed Clinical Professional Counselor

A nice rendition of one person's experiences with a truly effective breakthrough therapeutic approach. By coincidence, today is also the start of application period for the fourth year of the excellent program: "CIIS Certificate in Psychedelic-Assisted Psychotherapies and Research." https://www.ciis.edu/research-centers/center-for-psychedelic-therapies-and-research