Leaning into Discussions about Race

...And the Two-Minute "Courageous Act" That's So Important 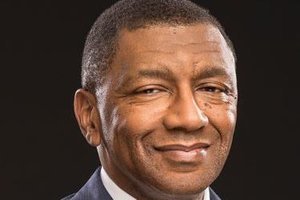 As a nation, we prefer to address racial tensions from a distance: via sensationalized media coverage, academic analysis, and lofty social policy debates. But face-to-face encounters around issues of race remain so uncomfortable and downright scary that most people—even those who consider themselves tuned into the subtle and systematic racism of our society—go out of their way to avoid them. Our usually unstated assumption is they’ll lead to steely silences, angry confrontations, even violence.

Psychologist Howard Stevenson, a researcher at the University of Pennsylvania who trained as a family therapist, has devoted himself to studying the moments when racial tensions reach their peak. He runs the university’s Racial Empowerment Collaborative, and promotes racial literacy, a set of learned skills designed to help people more effectively read and resolve racially stressful encounters. His work is focused on moving beyond dangerous knee-jerk reactions around race, and helping people experience what he calls “racial health.”

With a popular TED talk and his book, Promoting Racial Literacy in Schools, he’s at the forefront of the urgently important movement to find better ways to face the troubling realities of racism in our culture.

RH: What led you to focus on racial literacy in your research?

STEVENSON: I grew up in a family that was openly expressive about racial issues. It was only when I got to the university that I discovered that the rest of society, even in academia, didn’t know how to talk about race. I encountered the tension many people of color experience between where they come from and where they’re going. In deciding to fit in and move forward, I found many really distanced themselves from their culture, and I developed a deeper understanding of how that often leads to a profound sense of self-alienation. Of course, I also saw what happens when embracing your culture becomes such a preoccupation that it can narrow your outlook on life.

In talking to my academic friends from different racial backgrounds, I realized that we all felt alienated in various ways. I’d ask them, “What will you do about it?” And they’d challenge me back, asking, “What will you do about it?” Eventually, I decided that I was going to devote myself to using my academic resources to look deeply at what was missing in how we approach race in this society.

RH: You’ve talked about how our brains can distort threats when race comes into play. Why does our brain read racial difference as a problem?

STEVENSON: We’ve all been taught lessons about race from early on, and one of those lessons is it’s dangerous to talk about it. We have a history in this country that goes back to slavery and the institutionalized violence toward people who are racially different. Our shared knowledge of this history means that anytime anybody approaches issues of race, they’re somehow, directly or indirectly, triggering the possibility of that violence. Even if you didn’t know much about race in the US, you’d pick up on the social atmosphere around it. In fact, people from other countries come up to me all the time and tell me they sense an underlying attitude of fear in relationship to race and racial differences that they haven’t experienced in their native culture.

RH: Would you say that we’re experiencing a greater awareness of racial issues now?

STEVENSON: Yes, but I think we need to remember that critical attention to race is cyclical. My brother Bryan runs the Equal Justice Initiative in Montgomery, Alabama, and has just opened a lynching museum. As a lawyer, he does a lot of work around the death penalty. His point has always been that slavery never died; it just evolved. Remnants of it include mass incarceration, the lack of economic opportunity for minorities, and the impact of segregation in education and housing. In a way, social media are helping people see this clearly, but if you take a larger historical look, you’ll notice that we go in cycles of making these injustices more or less visible.

RH: Describe the method you and your team developed to help individuals remain calm in the midst of a racial conflict or discussion.

STEVENSON: There’s emotional trauma that affects people of color every day that legal remedies don’t address and that undermines social progress and learning. Our model focuses on asking people to confront the question, “How well can I navigate a racially stressful encounter with somebody I don’t know, or even somebody I do know?” And we think the issue of racial threat is best understood by zooming in on those charged moments of interaction before pursuing some idealistic dream of broad social change.

We’re not just teaching people strategies for calming down, but for noticing what’s going on emotionally within. We think that’s healthier than reacting and not knowing why you’re reacting. Both underreacting and overreacting have consequences, and neither leads to good decisions in the moment. We’re helping them get clearer about whatever the racially charged situation is really about and becoming aware of how they want to react, whether it’s to be calm or to be loud, and what the consequences of however they choose to react may be.

In our work, we use examples of worst-case scenario police encounters and teacher–student conflicts, but we talk about any racial encounter that people experience, including ordinary conversations with a colleague at work who’s racially different from you. Because if that conversation feels stressful enough to rate it as a 10 on a scale of one to 10, you’ll need to learn ways of helping your brain and body cope with that. If you’re in that situation, it usually means you’re overwhelmed, can’t access decision-making skills, and are worried about your own safety. So the only options you have are either give up or protect yourself: fight, flight, or fright.

RH: It sounds like your approach is very body-focused.

STEVENSON: We focus on the body and the memory. When I lecture, I say, “For two minutes, remember what life was like when you were growing up. What messages did you hear about race? Any interactions or examples? Now tell the person next to you about your story for two minutes and then listen to theirs.” And in those four minutes, I often see physical reactions along with the memories. People will say, “It’s almost like I was back there in my childhood, even though it happened 30 years ago.”

RH: Can most people do this in two minutes?

STEVENSON: Some people can’t, or they won’t feel it in a significant way, but others will say, “I was at a level nine in my anger or fear then, and I feel it at a nine just thinking about it now and telling the person next to me.” So it’s physical, it’s productive, and I think two minutes is long enough for people to get there.

Once you notice what’s going on during those racial moments, you’ll be better at making conscious decisions going forward in regard to issues of race. Knowing why you react the way you do and then admitting it to yourself is a courageous act in a world that doesn’t talk about race. It challenges the blindness and the denial that most of us feel.

RH: What kind of takeaway can you offer the everyday therapist?

STEVENSON: I’m trained as a family therapist, so I think of people dancing around racial dynamics in the same way families dance around conflict. If you notice yourself dancing around racial moments, you can learn to choreograph yourself differently. You can learn to notice how you don’t speak up during moments of tension and how to handle those moments differently. Recognizing my own reactions to racial moments can be scary, but it opens up the possibility of new chances and do-overs. There can always be different outcomes. It’s a therapeutic process.

This blog is excerpted from the article, "Developing Racial Literacy," by Ryan Howes. The full version is available in the July/August 2018 issue, "When Depression Comes Back: Going Beyond the Limits of Therapy."

Very insightful points. This approach is so needed in our training as therapists, and indeed, in most aspects of our lives. This would be far more impactful than so many typical trainings on diversity. Thank you.