Clinicians Feeling the Effects of New Immigration Policies Weigh In 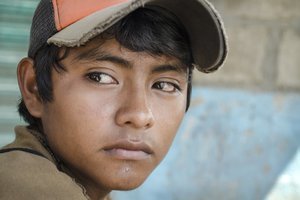 Editor's Note: The full version of this article will appear in our July/August issue. Due to the timeliness of this subject, we're including a short excerpt here in advance.

Immigrants in America have long faced an uphill battle, and the few therapists who have chosen to work with them have been pushed to develop appropriate, culturally relevant strategies. But the shifting political landscape of the past year and a half, replete with policies and rhetoric that have proven psychologically destructive, not only to undocumented immigrants, but also to those with legal protections, has significantly increased the burden on these clinicians and their clients.

A study of 150 undocumented immigrants conducted in 2013 by Harvard professor Roberto Gonzales, described in a February 2018 Vox article, found that DACA beneficiaries were seeing “increased educational attainment, higher social mobility, and better mental health.” Those who didn’t have legal status, Gonzales notes, described symptoms including chronic headaches, ulcers, difficulty sleeping, eating disorders, and thoughts of suicide. Illegality, he wrote, became a “binding constraint that overwhelmed all other traits and achievements. It acted as a lead weight that eventually dragged them down.”

Unsurprisingly, clinicians who work with immigrant populations say they’ve been seeing higher levels of anxiety, depression, and suicide. In response, these therapists are emphasizing the need for down-to-earth, practical interventions to address problems faster and more directly than traditional approaches.

The Counseling and Training Clinic, located along the Texas—Mexico border, includes a part-time staff of 20 graduate students, most from the University of Texas Rio Grande Valley. As one of only two mental health clinics in a community numbering more than 300,000, clinicians here assist with a wide range of challenges immigrants commonly face, including finding employment, housing, and childcare, as well as working through the loss of family, culture, and a sense of belonging. But more recently, these counselors have reported a huge spike in the need to address the physical and psychological effects of consistent fear.

“We’re seeing people forced to go back into the shadows,” says Selma Yznaga, who’s spent almost 20 years training counselors at the clinic. Yznaga says there’s anger and indignation from some about having been asked to provide personal information on the DACA application that could now be used against them. Many clients, including those with temporary protections, worry that deportation could come at any moment. They’ve heard stories about workplace raids by Immigration and Customs Enforcement (ICE) and police breaking down doors in the middle of the night. “We’re seeing a lot of hypervigilance and fear of the unknown,” Yznaga says—emotions punctuated by sleeplessness, low appetite, headaches, and trouble concentrating.

The clinic where Yznaga works usually limits treatment to eight sessions, which focus on practical needs like helping clients fill out immigration paperwork, brush up on their rights in case immigration officials question them, and create emergency plans, including connecting with relatives should the worst happen and they get deported. But often, Yznaga says, clients are still skeptical about the safety of seeking help from them.

Most immigrant clients are likely to be wary and suspicious when they step into your office for the first time, says Irmarie Rios, who’s spent five months working as a counselor at the Erie Family Health Center in Chicago, where she mostly treats undocumented families. Many clients view therapists as authority figures and will be initially reluctant to volunteer personal information that could be used against them, she says. Early on, they’ll probably talk about general anxiety, depression, and hypervigilance. Don’t probe too much, Rios advises; this is where your basic therapeutic training in listening and validating is necessary. Once you’ve created an atmosphere of safety and trust—another therapeutic cornerstone—you’re much likelier to hear how their issues might relate to their immigration status, she says.

To get to the root of problems a little faster with immigrant clients, Rios says that knowing about their journey to the United States, cultural practices, and family connections can go a long way in building safety and trust. “Sometimes clients show up with their abuela or tia,” she says. “If they want a relative to join them in a session, I welcome that conversation. For people who often experience disconnection here, it gives them a much-needed sense of control.”

By now, it’s become clear that the current administration’s immigration policies have significantly altered the experience of being an immigrant in America, regardless of status. Even in Rios’s progressive hometown of Chicago, she says anti-immigrant rhetoric and threats are common. About six months ago, a rumor spread in several immigrant-heavy neighborhoods near Rios’s office that local police were planning overnight raids with ICE. Within 24 hours, she says most locals were so scared to leave their homes that neighborhood streets and marketplaces were almost completely empty. “It sounds like science fiction,” she says. “But for too many people, this is a frightening reality.”

In the meantime, therapists on the front lines say they’re dedicated to creating a counternarrative to anti-immigrant policies. If they can’t reach clients in their offices, Yznaga says the Counseling and Training Clinic may soon conduct therapy sessions in jails—which would be a first for the organization. “I tell our clients all the time, there are armies of people here who are fighting for you,” she says. “They want you to be here. They welcome you. They need you.”

This blog is excerpted from the article, "For Immigrants and Their Therapists, a Frightening New Reality," by Chris Lyford, to be published in July. The full version will be available in the July/August 2018 issue.