Therapists Push Back Against a Cultural Force 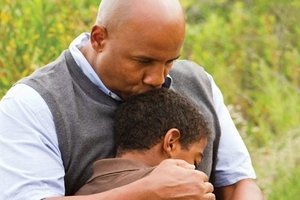 At the front of the classroom filled with two dozen rambunctious middle school boys, Niobe Way calmly waited for order to descend. The boys fidgeted in their seats, kicked each other under desks, and kept cracking each other up with whispered banter. It was only the second time she’d met with these students from George Jackson Academy in the Lower East Side, but for Way, this was familiar territory. A psychology professor at New York University, she’d spent more than 20 years researching boys just like the ones sitting in front of her. So it came as no surprise to her when the handout she’d given them—detailing an emotional conversation between two older teenage boys on the topic of love—generated snickers from the room. “I’m curious,” she asked. “Why the laughter?”

After a brief silence, one of the boys piped up. “They sound like losers,” he replied. “They’re talking like girls,” another chimed in. “Boys don’t talk like that.”

“Well,” Way countered, “that’s actually what teenage boys talk like, especially when they’re older. They’re sharing honest feelings with each other. It came from an actual conversation.”

“For real?” the first boy asked.

“For real,” Way replied. And just like that, she knew she’d made a small, but hopefully significant, crack in their armor.

Way’s work at George Jackson, which began last September, is part of a three-year program she’s spearheading called The Listening Project, being held at seven middle schools throughout New York. The goal: to counter male stereotypes by having young boys learn interviewing skills— such as asking thought-provoking questions, listening to responses, and building relationships—that will, Way hopes, make them more empathic, inquisitive, trusting, and expressive.

The Listening Project allows them to act on their natural capacity to engage on a deeper emotional level with one another. “I see possibility here,” Way says. “If we don’t create a space for them to shed their tough-guy persona, it just gets perpetuated.”

The cultural forces Way is pushing back against—patriarchy, toxic masculinity, traditional gender roles, bullying—are certainly nothing new. But movements like #MeToo and #TimesUp are shining a spotlight on their negative effects, not just for women, but for boys and the men they’ll become. A 2016 New York Times piece, “Teaching Men to Be Emotionally Honest,” links tough-guy stereotypes to men’s falling behind women in college and having a higher suicide rate, nearly four times that of women. A National Institute of Mental Health report, also released that year, claims that men are less likely than women to seek mental health treatment, in part because it doesn’t fit within common notions of masculinity.

Expanding the limited definition of masculinity is prime territory for therapists. But when running up against entrenched social mores, how can we bring about change? “The solution isn’t teaching boys relational skills,” says Way. “It’s nurturing those skills, because they already have them. Once they’ve understood that it’s normal to have feelings, then they’ll talk about them.”

Marriage and family therapist Scott Sells, founder of the Parenting with Love and Limits organization in Savannah, Georgia, has been doing this with young men for more than a decade. His focus, however, is on the multigenerational aspect—the way fathers and grandfathers often place disproportionate value on physical strength, stoicism, and keeping emotions in check. “In graduate school, we’re not taught how to bring families into therapy, he says, and by relying on a single-patient model of treatment, we’re missing the boat. Bringing fathers into therapy to model expressive behavior and help sons broaden their emotional palette—what Salvador Minuchin used to call “expanding the symptom,” Sells adds—may be uncommon, but it works.

Sells recently used such an approach with 14-year-old Michael and his father, Darren. Working long hours as a truck driver had made spending time with the family difficult for Darren, ultimately leading Michael’s mother to file for divorce. After the separation, Michael drew inward. When his mother or sister would try to talk with him about the divorce, he’d become angry and aggressive. After a few sessions together, Michael told Sells that he often felt confused and abandoned, but found it hard to talk about his feelings. A few sessions later, Sells held a joint session with Michael and Darren, in which he learned that Darren’s own father had been a workaholic himself and, like Darren, was seldom around to model emotional behavior beyond the aggression and stoicism learned from male peers.

To help fathers like Darren expand their sons’ notions of masculinity, Sells coaches them in “emotional warm-ups,” as he calls them. Too many fathers keep an eye out for their boys’ shortcomings, Sells says. Instead, he recommends fathers draw attention to their sons’ accomplishments, not just the ones that meet society’s “masculine” standards. One creative way they can do this is by making a certificate that says they’re proud of their son for expressing himself or showing kindness—for admitting when they’re fearful or worried, for instance, or for reaching out to a lonely classmate.

Don’t be afraid to get playful, Sells tells the fathers. Sneak the certificate into your son’s cereal box, or playfully write a message on a foggy bathroom mirror. For many of his young clients, Sells adds, this marks the first time they’ll have seen their fathers being emotionally expressive. “That tiny step can make all the difference in helping boys find their own emotional language.”

Psychologist Janet Sasson Edgette takes a multipronged approach in broadening boys’ experience of their masculinity. With two twin sons in their mid-20s—one athletic and social, the other less coordinated and more introspective—she’s been witness to “a living lab,” as she calls it, watching the developmental landscape of boys unfold before her eyes. Her more athletic son was easily accepted by male peers; the other was a victim of bullying and spent more time with female classmates, with whom he felt more at ease.

Of prime importance, she says, is addressing the common male experience of not feeling truly known and understood, which can quickly morph into resentment, bitterness, and anger. “I can’t tell you how many times I’ve sat down with boys who nodded their heads when I asked them if they felt invisible at home, or if they felt nobody really knows who they are,” Edgette says. As part of exploring their value systems and acknowledging them, Edgette likes to ask a set of questions: Is there anybody you feel really gets you? Why do you think that is? What happens when someone gets you? Don’t be alarmed, she says, if your client doesn’t respond right away. “You’ve got an entire gender that’s unskilled in using the language of emotional expression,” she explains. But as a therapist, she’s putting these topics on the table so she and her client can return to them whenever there’s an opening.

There’s already evidence that younger generations of men are taking an expanded concept of masculinity to heart. In May 2016, international survey firm YouGov published a report titled “The Decline of the Manly Man,” in which 1,000 American men were surveyed on whether they considered themselves more “masculine” or “feminine.” Less than one-third of men in the 18-to-29 age group reported feeling “completely masculine,” compared to 65 percent of those over age 65. Thirteen percent of those in the under-30 age group identified halfway between “masculine” and “feminine,” and 12 percent identified as “slightly feminine.”

Slowly, says sociologist and author Michael Kimmel, who’s studied gender for more than 30 years, we’re seeing men do away with the old conceptions of masculinity common in his grandfather’s lifetime. “Men are also saying ‘Wait, we have children, partners, aging parents, and we’re loving and kind and nurturing to them, and that’s also part of being human,” he noted in a 2015 interview with Esquire. Today, he adds, “Men are beginning to embrace their full humanity, but adding to it the half that we have denied ourselves for so long. This isn’t some feminist cabal of women saying they need to change men. This is men saying, ‘Look at me with my kids, I’m awesome.’”

In the meantime, every therapist and adult with a young man in their lives can do their part, Edgette says. When her twin boys were young, she used to point at the moon. “Look at that! It’s beautiful,” she’d exclaim. They’d usually roll their eyes, she says, but she knows her modeling opened up a space for them to be truly expressive and passionate, to find awe and connection. “When I hear about a young male client reaching out to someone in need, I’m genuinely moved, and I’ll tell them that,” she says. “This is the way we’re going to open new horizons for boys. By saying, ‘Yeah, he’s not so fast on the field, but you put him in a group of people, and he’s going to make friends with each and every one of them. That’s a real man!’”

This blog is excerpted from "Helping Young Boys Expand Their Emotional Language," by Chris Lyford. The full version is available in the May/June 2018 issue, Men and #MeToo: What Are They Thinking?

Read more FREE articles like this on Men and Cultural, Social, & Racial Issues.