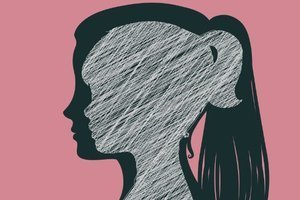 As therapists increasingly incorporate mindfulness into their work, they’re discovering what Buddhists have known for centuries: everyone (even those with severe inner turmoil) can access a state of spacious well-being by beginning to notice their more turbulent thoughts and feelings, rather than becoming swallowed up by them. As people relate to their disturbing inner experiences from this calm, mindful place, not only are they less overwhelmed, but they can become more accepting of the aspects of themselves with which they’ve been struggling. Still the question remains of how best to incorporate mindfulness into psychotherapy.

A perennial quandary in psychotherapy, as well as spirituality, is whether the goal is to help people come to accept the inevitable pain of the human condition with more equanimity or to actually transform and heal the pain, shame, or terror, so that it’s no longer a problem. Are we seeking acceptance or transformation, passive observation or engaged action, a stronger connection to the here-and-now or an understanding of the past?

Many therapeutic attempts to integrate mindfulness have adopted what I’ll call the passive-observer form of mindfulness—a client is helped to notice thoughts and emotions from a place of separation and extend acceptance toward them. The emphasis isn’t on trying to change or replace irrational cognitions, but on noticing them and then acting in ways that the observing self considers more adaptive or functional. A Cognitive-Behavioral Therapy (CBT) intervention might begin by identifying the self-statements that are generating anxiety—a part of the person that says, in effect, “Don’t go because no one likes you and you’ll be rejected.” The client might then be instructed to dispute these thoughts by saying, “It’s not true that no one likes me” and naming some people who do. A clinician trained in a mindfulness-based approach like Acceptance and Commitment Therapy (ACT) might have the client notice the extreme thoughts about rejection without trying to change them, and then go to the party anyway, despite the continued presence of the irrational beliefs. As this example shows, mindfulness allows you to no longer be fused or blended with the irrational beliefs, releasing your observing self, who has the perspective and courage to act in positive ways.

This shift from struggling to correct or override cognitive distortions to noticing and accepting them is revolutionary. But what if it were possible to transform this inner drama, rather than just keep it at arm’s length by taking mindfulness one step further?

As a therapist, I’ve worked with clients who’ve come to me after having seen therapists who’d helped them to be more mindful of their impulses to cut themselves, binge on food or drugs, or commit suicide. While those impulses remained in their lives, these clients were no longer losing their battles with them, nor were they ashamed or afraid of them any longer. The clients’ functioning had improved remarkably. The goal of the therapeutic approach that I use, Internal Family Systems (IFS), was to build on this important first step of separating from and accepting these impulses, and then take a second step of helping clients transform them.

For example, Molly had been in and out of hospital treatment centers until, through her DBT treatment, she was able to separate from and be accepting of the part of her that had repeatedly directed her to try to kill herself. As a result of that successful treatment, she’d stayed out of the hospital for more than two years, was holding down a job, and was connected to people in her support group. From my clinical viewpoint, she was now ready for the next step in her therapeutic growth. My goal was to help her get to know her suicidality—not just as an impulse to be accepted, but as a “part” of her that was trying to help her in some way.

In an early session, after determining she was ready to take this step, I asked her to focus on that suicidal impulse and how she felt toward it. She said she no longer feared it and had come to feel sorry for it, because she sensed that it was scared. Like many clients, she also began to spontaneously see an inner image, in her case a tattered, homeless woman who rejected her compassion. I invited her to ask this woman what she was afraid would happen if Molly continued to live. The woman replied that Molly would continue to suffer excruciating emotional pain. With some help in that session, Molly was able to embrace the woman, show her appreciation for trying to protect her from extreme suffering, and learn about the hurting part of her that the woman protected her from. In subsequent sessions, Molly, in her mind’s eye, entered the original abuse scene, took the little girl she saw there out of it to a safe place, and released the terror and shame she’d carried throughout her life. Once the old woman could see that the girl was safe, she began to support Molly’s steps into a fuller life and stopped encouraging her to try to escape the prospect of lifelong suffering through suicide. In this way, the “enemy” became an ally.

The Paradox of Acceptance

Years ago, Carl Rogers observed, “The curious paradox is that when I accept myself just as I am, then I can change.” In other words, carefully observing and accepting our emotions and beliefs, rather than fighting or fearing them, is a precursor for using that same mindful state to help them transform. Once people come to compassionately engage with troubling elements of their psyches, they’re often able to release difficult emotions and outmoded beliefs they’ve carried for years. For me, this process of compassionately engaging with the elements of our psyches is a natural second step of mindfulness. If you feel compassion for something, why just observe it? Why not engage with it and try to help it?

Actually, some prominent Buddhist leaders advocate taking this next step. Thich Nhat Hahn, Pema Chodron, Tara Brach, and Jack Kornfield all encourage their students not just to witness their emotions, but to actively embrace them. Consider this quote from Thich Nhat Hahn about handling emotions: “You calm your feeling just by being with it, like a mother tenderly holding her crying baby. Feeling the mother’s tenderness, the baby will calm down and stop crying.” So it’s possible to first separate from an upset emotion, but then return to it and form a loving inner relationship it, as one might with a child.

More than a Monkey Mind

If you consider your thoughts, emotions, urges, and impulses to be coming from an inner landscape that’s best understood as a kind of internal family, populated by sub-personalities, many of whom are childlike and are suffering, then it makes more sense to take that next step of comforting and holding these inner selves—as Thich Nhat Hahn advises—rather than just observing and objectifying them. All clients need to do to begin exploring this apparently chaotic and mysterious inner world is to focus inside with genuine curiosity and start asking questions, as Molly did, and these inner family members will begin to emerge. As the process continues, clients will be able to form I-thou relationships with their parts, rather than the more detached, I-it relationships that most psychotherapies and many spiritualities foster.

Once a client, in a mindful state, enters such an inner dialogue, she’ll typically learn from her parts that they’re suffering and/or are trying to protect her. As she does this, she’s shifting from the passive-observer state to an increasingly engaged and relational form of mindfulness that naturally exists within: what I call her “Self.” Having helped clients access this engaged, mindful Self for more than 30 years now, I’ve consistently observed that it’s a state that isn’t just accepting of their parts, but also has an innate wisdom about how to relate to them in an attuned, loving way. I’ve observed over and over clients’ enormous inborn capacity for self-healing, a capacity that most of us aren’t even aware of.

We normally think of the attachment process as happening between caretakers and young children, but the more you explore how the inner world functions, the more you find that it parallels external relationships, and that we have an inner capacity to extend mindful caretaking to aspects of ourselves that are frozen in time and excluded from our normal consciousness. This Self state has the ability to open a pathway to the parts of us that we locked away because they were hurt when we were younger and we didn’t want to feel that pain again.

With all this talk of self-healing, I don’t want to downplay the importance of the client’s relationship with the therapist. What does shift is the focus on the therapist from being the primary attachment figure to serving as an accepting container of awareness who opens space for the client’s own Self to emerge. To do this, therapists must embody their own fullest Self, acting as a tuning fork to awaken the client’s Self to its own resonance. To achieve this kind of embodiment, therapists must learn to be mindful of their own parts as they work with clients, recognizing that transference and countertransference are, at some level, a continuing behind-the-scenes dance as therapists and clients inevitably trigger each other. The inescapable reality of therapy is that, if we do our jobs well, clients will do all kinds of provocative things that repeatedly test us. They’ll resist, get angry and critical, become hugely dependent, talk incessantly, behave dangerously between sessions, show intense vulnerability, idealize us, attack themselves, and display astounding narcissism and self-centeredness.

Some of this is because they have parts forged by relationships with hurtful caretakers that are stuck in the past and, as they sense our open-heartedness, all that gets ignited. The Self-led therapist is basically issuing the client an invitation: “All parts are welcome!” From the darkest corners of their psyches, aspects of clients that others never see emerge in all their crazy glory, and that’s a good thing. When we aren’t overwhelmed by our own parts and can remain Self-led, clients can get to know what’s going on inside them, and healing emerges.

Working in this way can be an intense and challenging task, which regularly requires me to step out of my emotional comfort zone and experience “parts” in myself and my clients that I might otherwise wish to avoid. At the same time, on my best days, I feel blessed to be able to accompany clients on inner journeys into both the terror and wonder of what it means to be fully human. At those moments, I can’t imagine a more mindful way to practice the therapist’s craft.

This blog is excerpted from "When Meditation Isn't Enough," by Richard Schwartz. The full version is available in the September/October 2011 issue, The Mindfulness Movement: Do We Even Need Psychotherapy Anymore?

Thank you. This has really resonated with me today. I qualified last year and have beennegotiating private practice ever since whilst having another job and as a single-parent of two boys. I have long had an interest in SubPersonalities (Rowan) and this his reignited that in a different way. Beautifully written. Sarah.