Rethinking the Way We Help Clients Face the Midlife Crisis 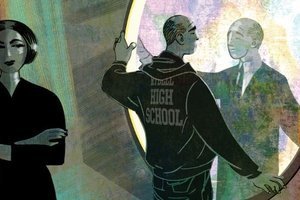 The term midlife crisis is now in its 50s. It was coined by Elliot Jacques, a psychologist in the 1960s, who found that depression and elevated rates of suicidality often accompanied the passage into midlife.

But more recent research has challenged the idea. The National Institute of Aging says only a third of Americans over 50 report having a crisis in midlife. For those who do experience an initial life-satisfaction decline, investigators have found evidence of a U-curve, meaning that they often rebound toward the end of the middle years. After all, now that we can stay sharp and often sexually active into our 80s, midlife no longer heralds the end of physical and mental vitality.

But if midlife isn’t inherently troubling, how should we therapists think about it?

While many clients do wrestle with feelings of loss and behavior changes at this stage, many others awaken to a greater awareness of emotion, a more liberated attitude toward sex, and a passion for new experience.

Therefore, rather than thinking of midlife as an emotional unraveling, I believe it’s more helpful to reframe this stage of life in our early 50s and 60s as “second adolescence,” a time when we’re old enough to appreciate how short life is, but young enough to find new ways to enjoy it. Instead of a time of existential pain, it resembles a liberating assertion of selfhood, and a chance to explore new identities.

Jack, 64, and Marion, 59, who sought me out after 20 years of marriage. For most of their married life, they’d had a loving, committed relationship, with Jack working at a lucrative corporate job and Mary working part-time at a nonprofit clinic while raising their well-behaved and responsible kids. But now, after decades of fidelity, Jack was expressing interest in other women, drinking hard with buddies, and taking hallucinogens at parties.

After quick introductions in our first meeting, I asked Jack and Mary to face each other and explain what had brought them each to therapy. Marion turned her head toward Jack but leaned her body away, arms crossed, and announced, “I want out of this marriage. You expect me to put up with this? Who are you? I don’t even recognize you anymore.”

Jack tried looking at Marion, who glared at him in return. He sighed and said he didn’t want to break up the marriage, but felt restless and bored with their life, particularly their sex life. “We could stay together and still make things better if you’d agree to open our marriage,” he said.

Marion let out a bitter laugh and I stepped in, noting, “Jack, you seem to be set on living a life right now that’s strictly on your own terms. It’s as if you’re rebelling against your marriage.” It seemed that Jack was projecting a parental role onto Marion, asking permission to have more fun, and then resenting her when she wouldn’t agree to a more adventurous sex life.

Jack turned to Marion and said, “I want to live my life. I don’t want you to tell me what to do anymore. I want to explore more before I die.” His search for separation and individuation are classic indicators of a second adolescence. In his case, the underlying reasons were clear. His body wasn’t what it used to be, he worried he couldn’t perform sexually much longer, retirement was near, and his identity was no longer wrapped up in kids and work.

Jack and Marion were in a tenuous place, and I took Marion’s threat of divorce seriously. Research shows that couples their age divorce at twice the rate they did 20 years ago. I decided to end the session by telling them they were facing a crisis of mutual understanding and needed to have some honest conversations about their sex life and what each of them wanted from it. I also underlined that they were in a confrontation with time that was spurring Jack’s behavior and sense of urgency about making changes in his life.

Both of them nodded at this idea. I added that Jack might be in the throes of what they might think of as a second adolescence, meaning Jack’s self-interested search for new experiences parallels in some ways what many people experience in their teen years. I explained that with the help of therapy, they might both come out the other side of it stronger and more content as a couple.

After assuring Marion that I wasn’t endorsing Jack’s new path or ignoring her objections, I said, “I’d like you to explore what kinds of experiences you both miss now that you’re in midlife.” I wanted them to see the broader picture and seriously consider what each of them might like to have in their lives now.

When we next met, Marion acknowledged that she too desired change. With their children gone, she realized how much she was swept up in nostalgia for her own youth. In fact, she’d started googling Led Zeppelin, Pink Floyd, and Steely Dan, and getting lost in memories of dancing in the crowds at their shows. We talked about the pleasures of letting loose and how that freedom so often evaporates with age.

As a therapist, my job is to help partners in second adolescence identify and voice their confusing emotions. Increasing their self-awareness can help assuage mood swings and encourage feelings of hope and growth. Helping them label their second adolescence as a normal developmental stage reduces some of their bewilderment and sense of shame.

At this time of role confusion, even professional success and fulfilling roles set out in earlier years can lead to its own frustrations. When everything we thought we were supposed to do in life is accomplished, we can feel lost and unsure about our next identity or our true self. That confusion can be accompanied by a renewed search for purpose and a heightened sense of urgency about the future.

Jack talked to Marion about it this way: “Things feel new now. I feel like a new person. I’m not sure what I should be doing. The old me just went to work, fed our kids, mowed the lawn. I did all the right things, but I lived my life without really feeling alive.”

Men are often most rewarded for the roles they play, not for who they are. These roles may bring temporary satisfaction, but by midlife they can feel empty. Many older men have compartmentalized their dreams, forgetting who they wanted to be before they were good parents or successful at their jobs.

“What did you like to do when you were a child?” I asked Jack.

He thought about it for a long, quiet moment. “I’d walk in the woods for hours. I loved nature.”

“It might be time to bring that back,” I suggested.

Jack agreed to start taking hikes without parentifying his wife by asking her permission beforehand. He decided to contact his local Sierra Club, feeling a new sense of purpose in protecting the earth, conscious of the consequences for future generations. Soon Jack was spending every Saturday morning staffing a booth near the entrance to the state park. He began inviting people he met through the volunteer program home for lunches, and he and Marion slowly made a new group of friends.

I continued to work with Jack and Marion to reengage sexually in new ways that brought them both pleasure. One Saturday, Marion even set up the old family tent in the backyard, hiding it from Jack until the sun went down and then seducing him under the stars.

The goal of second adolescence is to remind ourselves that creating a satisfying identity is just as important now as it was in our teenage years. It’s a time to recognize that growing older doesn’t mean that we need to give up who we are and become less engaged in life. Instead, it’s a golden opportunity to recreate ourselves in meaningful ways, and even to resolve some of the challenges that the first adolescence may have left unsatisfied and incomplete.

This blog is excerpted from "Second Adolescence," by Tammy Nelson. The full version is available in the November/December 1997 issue, A Gift of Time?: Facing the Challenges and New Possibilities of Aging.

Read more FREE articles like this on Couples and Men.