Getting Unstuck from Therapy Going Nowhere 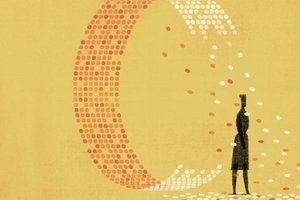 You’re sitting with a client, fighting your own feelings of frustration and boredom. She’s telling you the same sad story that you heard last week and the week before. She’s explaining to you, again, what’s wrong with her and why she can’t change. You long to be able to help her, but nothing that you say seems to get through. You start wondering if someone else could do a better job. You even wonder if you should refer her to a physician for medication—which shows you’re really starting to get desperate! You want to see her eyes light up, her shoulders lift, her breath deepen, as she finally “gets it” and makes important connections, sees her life in a new way, feels fresh hope. These are the moments we live for as clinicians.

Of course, we know that not every session needs to bring dramatic change. But then we have sessions that feel like we’re slogging along with lead weights around our feet, getting absolutely nowhere. It’s as if the client keeps hovering around a doorway but never goes through. She can talk about her problems all day long—and frequently does—but something in this “talking about” never really drops down to a deeper level or shifts into another gear. Her stories are like journeys on a well-worn road filled with ruts—a path that doesn’t lead anywhere except back on itself.

Clients need to tell their stories, of course, but it’s not the stories themselves that are the problem: it’s when the stories manifest habitual categories—ways of labeling and explaining experiences—that the process can get stuck. Eugene Gendlin, the pioneering philosopher and psychotherapist, illuminated this key point in his 1978 article “The Body's Releasing Steps in Experiential Process,” when he wrote: “We think in the terms and pieces of the problem as we have it cut up. And it is just these terms and pieces that would change if the problem moved toward resolution. Therefore, there is often no way to think about a problem except in a way that simply reinstates it in the very act of thinking it, and draws it, in heavy lines, all the harder.”

As a young man in the 1950s, Gendlin headed a research project that’s had a profound impact on nearly all the somatically oriented, mindfulness-based work being done today. Research showed that clients who freshly referred to ongoing felt experiencing during therapy sessions tended to have significantly more positive outcomes than did clients who merely talked about their problems or their emotions. At the core of Gendlin’s research was the discovery of a new type of experience, which he named a “felt sense.” The formation of a felt sense is a breakthrough moment, which takes a person outside his usual concepts and habitual categories. It’s not the same as having a simple emotion or thought. We speed up to think; to get felt senses, we slow down and form a new bodily awareness of some life situation.

Although felt senses arise in the body, they don’t work the way emotions do. Emotions naturally narrow our awareness: when we’re sad, our attention zooms in on the situation we’re sad about; when we’re angry, we focus on what makes us angry. If we have to mobilize resources to fight or escape, this narrowing is extremely helpful: it lets us shut out what’s irrelevant to the charged situation. But felt senses do the opposite: they widen our awareness to enable us take in the complex whole of a situation and its many interconnections.

To read Ann Weiser Cornell’s complete article from the November/December 2013 issue, “Something New, Here and Now: Breaking Free of the Habitual,” subscribe to Psychotherapy Networker magazine.