Family Therapy as We Know It Needs to Change

To Reach Troubled Adolescents, Look to the "Second Family" 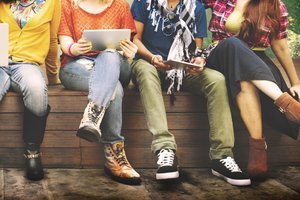 Editor's Note: This article this blog is taken from originally appeared in the March/April 1996 issue of Psychotherapy Networker.

When his family was referred to me, 13-year-old Jimmy was on the verge of being expelled from eighth grade because of his obvious, but heatedly denied, pot-smoking habit. Almost worse, according to his horrified parents, he intended to make the ultimate fashion statement by having his ear, eyebrow and lip all pierced and various items of punk jewelry inserted. Jimmy's parents seemed to agree with the unanimous diagnosis presented by his various therapists and counselors. The boy's problems, they had all said, could be traced to classically dysfunctional family dynamics: father was distant and insufficiently involved with his son, mother tended to be overindulgent and intrusive. Together, they had not set enough rules and limits for the boy's behavior. In short, Jimmy suffered from an archetypal inadequacy in the family hierarchy.

Since Jimmy had grown disengaged from his parents some time ago, I asked who had been the significant adults in his life, his role models, confidants, friends or advisers. It soon became obvious that Jimmy hadn't experienced any significant connection with a grownup including his parents since middle childhood. Beginning in about the third or fourth grade, he had almost completely drifted away from the adult world into the closed society of the kid pop culture communing mostly with his TV; Nintendo, Sega Genesis, CDs and "action" comic books. Friends came to hang out none of whom his parents truly knew, except for brief sightings as the kids slunk from front door to Jimmy's inner sanctum and out again.

The other therapists had been partially correct—there was no meaningful authority or hierarchy in Jimmy's family. More to the point, however, there was little significant connection in the family. Insidiously, without his parents quite noticing, Jimmy had, over the years, been completely engulfed by a voracious, commercially driven youth culture. Beginning in preadolescence and certainly by now, the "second" family of his peers had, in fact, become his primary family, the one that really mattered to him.

Unquestionably, Jimmy's parents needed help—there were no rules in the family but there was little they could do in the way of good parenting as long as they lived in such separate worlds. And of what use would classic family therapy interventions be when the fundamental assumption upon which they were based—the parents' central importance to the child's life—hadn't been true for quite some time?

When it comes to millions of kids like Jimmy, family therapy has not kept pace with several decades of massive social upheaval. The world of an adolescent is now so powerfully defined by systemic forces other than home—the peer network, pop culture, school and neighborhood ethos—that working with the family alone is rarely powerful enough to effect change in the life of a troubled teenager. This "second family" of peers and pop culture has developed such force it is time to publicly acknowledge what many therapists have privately long understood. There is compelling evidence of the need to significantly redefine how family therapists work with adolescents and children.

Today, the disintegration of the first family, for decades bleakly apparent in urban populations, has finally become palpable at all socioeconomic levels. Trends begun in the '70s have dissipated the gravitational force of the first family. Jimmy is not an unusual case. As we all recognize by now, divorce (50 percent of marriages), mobility (up to 20 percent of the population moves every year) and economic pressures that generally require both spouses to work ever-longer hours have undermined the old stability of the family.

Furthermore, the family's informal support systems—the extended kin networks, church and community organizations, PTAs and neighborhood ties that buttressed family life—have gradually disintegrated. And while Main Street, with its network of well-known shopkeepers and familiar customers greeting one another every day, is too often deserted and half boarded up, huge, impersonal malls on the fringes of town are the real center of urban and suburban life in America.

For therapists, the consequences of this tectonic shift are enormous; we can no longer focus only on the first family in the therapy room. It isn't enough, it doesn't work, and it's time to admit it.

From this wider perspective, it would have been pointless to try to create hierarchy in Jimmy's primary family without first bridging the great divide between parents and peers. For this, body piercing seemed as good an issue as any. The idea of multiple decorative flesh-piercings on a 13-year-old raised my own hackles, too, but I told dad that, rather than rant and rave with a futile show of authority, he should use this event to get to know his son better to find out about Jimmy's world and to begin establishing the kind of connection that might actually give him some protective influence over Jimmy's life.

So, restraining his gag reflex, Jimmy's father offered to join him on exploratory rounds of various body-piercing establishments; Jimmy of course refused, but his father, with my coaching, quietly pointed out that it was his duty as a parent to make sure he did it somewhere safe and hygienic. After a period of sulky resistance, Jimmy relented and said not without pride that "if it mattered so much," he would show his father the whole piercing scene. During this rather idiosyncratic definition of "quality time," father and son eventually compromised on two relatively chaste earrings in one ear. The piercing was done at a respectable shop using fully sterilized implements.

This foray into Jimmy's world did not end the boy's problems, by any means. But it both rekindled dad's interest in parenting—he had been hurt and deeply demoralized by his son's rebuff—and set the stage for further rapprochement. Because Jimmy had a hard time getting to sleep at night, I suggested that his father sit with him for just a few minutes each evening. Over the course of several weeks, Jimmy began, for the first time in 10 years, to talk about his life, his girlfriend, about his troubles concentrating in class, about his best friend's abusive father.

It was only after three months of these gradually unfolding efforts at connecting with his son that the father had built a sufficient relationship and the mother had let go of her resentments about being the only caretaker in the family to now adequately support a workable family hierarchy.

Not only is the "second family" of today's peer and youth culture at least as influential as the primary family in the adolescent's life, it is likely to be just as dysfunctional. First, consider the values expressed in the universal role models and fads of pop culture—anorexically thin teenage fashion models, endless consumerism, hypersexualized and violence-saturated entertainment, and an ethic of sophisticated hipness that makes kids seem old in spite of their obvious immaturity.

Second, since the peer group is essentially rudderless, it exemplifies Murray Bowen's concept of the "undifferentiated ego mass." Once in the group, individuals are implicitly forbidden, under pain of ostracism, to develop their own independent interests and values; if the old family hierarchy kept adolescents from ever leaving home, the new second family discourages them from going home, or anywhere else away from the pack.

Usually, though, we therapists will see, not the charismatic dysfunctional leader of the peer group, but another less socially skilled adolescent who plays the traditional family therapy part of the "symptom bearer" for the second-family system of peers. In these cases, it may be critical that the family therapist not only take into account the second family, but actually bring those "family members," including the leaders, into treatment, if possible. The question is, how? I often find out who my teenage clients' friends are relatively early in treatment because I ask every child I see (first grade and up) to draw a sociogram—the social equivalent of a genogram of their peer group. This identifies second-family members and lets me know something about their influence and also the kinds of problems they are having in their own lives. To find out whether or not you must advise the parents before seeing a child's friend, check your state requirements.

If they want to regain any control before a crisis, mothers and fathers have to be privy to some basic knowledge about their kids' lives. Like it or not, parents won't get the information they need without establishing some form of mutual intelligence system to compensate for the loss of traditional adult community. This is an important way family therapists must move out of the consultation room and into people's lives.

Recently, I was called in by an activist mother who was organizing a group of sixth-grade parents to establish a set of common guidelines regarding their kids' burgeoning social lives. It included a "safe house" contract, signed by each parent, attesting that an adult would always be present when adolescent friends got together in their homes, that no child would ever leave alone, that no alcohol would be served or drugs tolerated. Enough parents agreed to the contract to form the nucleus of a parent community that could share information of common concern about their children. The very fact that each parent or set of parents knew that the guidelines they supported would be backed up by other families gave them a sense of strength in numbers that reinforced their own authority.

When kids first hear about these plans, they are often furious. "What right do parents have to find out what is going on in our lives and monitor our whereabouts," demanded a group of 14- and 15-year-olds in a midwestern Quaker school. To which the parents, strengthened in resolve by their new solidarity, could say without anger or defiance: "It's our job to protect and take care of our children; we'll do whatever is necessary."

To do therapy in the old way under the illusion that the family, regardless of its configuration, is still a self-contained unit contributes to the centrifugal forces in our society that are already driving kids into a huge postmodern army of semi-homeless nomads. On the other hand, embracing these disparate systems gives us a shot at helping them achieve what they have the potential to become: a complex but integrated and nurturing extended family. To some degree, this work is nothing less than social reconstruction. At the same time, it is very traditional—reinventing an updated version of the village community that once surrounded every child. For all its difficulty, the rewards of working with adolescents and their interlocking systems are very great. We not only help these children grow up now but also pass on a legacy for the future. In the end, we hope our kids will learn to create families, schools and neighborhoods that are stronger than the ones they inherited.

This blog is excerpted from "The Second Family," by Ron Taffel. The full version is available in the March/April 1996 issue, Nine to Five and Beyond: Does the Way We Work Really Work?

Read more FREE articles like this on Kids and Parenting.