What Can Therapists Learn from The Minimalists? 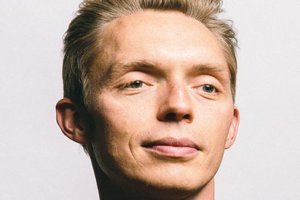 According to The Los Angeles Times, the average American household contains 300,000 items, from paperclips to single socks to forgotten exercise miracle-makers. Despite the bombardment of ads we face every day, these products rarely deliver on their promise of fulfillment and joy—and yet we keep making purchases, again and again, awaiting the reliable dopamine hit that underlies our consumer culture.

Enter Joshua Millburn and Ryan Nicodemus, a pair of Millennials who downscaled the materialism in their lives and became The Minimalists, promoting a lifestyle where you own only what you use or love, and send the rest to charity or the trash, to make space for the relationships and experiences that bring real meaning to life. They started The Minimalists Podcast in 2015, and with an average of six million downloads a month, it’s the number-one health podcast on iTunes and often in the top 10 of all podcasts. In 2016, they released their documentary, Minimalism: A Documentary About the Important Things, which became the number-one indie documentary of that year and was soon acquired by Netflix. Through every form of media, they preach a common message: less is more. Having fewer belongings results in greater well-being.

While The Minimalists clearly have mass appeal, I wondered what makes these two crusaders so compelling. How does minimalism correlate with wellness? Why do we crave stuff, yet feel relief when we let it go? We therapists can easily identify the pathology of hoarding, but can we also see the benefits of embracing minimalism? Might a donation to Goodwill even become therapy homework for depressed clients? To find answers to those kinds of questions, I caught up with Millburn in a mechanic’s waiting room as he tended to one of the very few things he owns.

RH: You experienced both the loss of your mother and the end of your marriage in the same month. You responded by getting rid of stuff. Did that help with the grief?

MILLBURN: For me, it was like two car crashes at once, like getting sideswiped and then, while spinning off the road, getting hit again. I think the combination of those two events forced me to start to question my life. Back then, I now realize, I was defining success and achievement in very material and outward terms: success meant the acquisition of more and more stuff. I had a big suburban house outside of Dayton, Ohio, a three-car garage with two Lexuses, a Land Rover, and, yes, literally, a white picket fence—the whole package. I was a director of operations for 150 retail stores and wore the title as a badge of honor because it was measurable. But I still ended up in a lot of debt. Money can be great, but it doesn’t fix everything. The reason my family was unhappy while I was growing up was my parents’ repeated bad decisions, and I just kept that legacy alive by making my own bad decisions with money.

MILLBURN: It’s not that there’s anything inherently wrong with any of the things I bought—I don’t want anyone to get the idea that I’m an ascetic, or that I’m against consumption, or that I’m walking around in a loincloth. In fact, I own a car. I’m at the service shop right now to get my brakes fixed. I think the problem was that I’d put so much weight on the accumulation of things as status symbols. I strove for the kind of success you could quantify, like the numbers on my paycheck and the title on my business card.

RH: So what does bring us happiness and fulfillment?

MILLBURN: Happiness and fulfillment are two different things, and I think the pursuit of happiness is kind of the problem. We often mistake pleasure for fulfillment, and the terminus of that is pretty obvious. When you see the opioid epidemic, especially in the Midwest, you can imagine that it started with a belief that I should feel good, or I need to feel immediate pleasure. That’s where the drugs come in. And it works at first. But then it becomes our new baseline, and people need more and more and more over time. I’ve been close to several people who’ve been addicted to pills and even heroin. I’ve seen it.

RH: How does this relate to consumerism?

MILLBURN: While consumerism isn’t as bad as pills, one might argue that it’s an analog. We’re constantly trying to fill a void with stuff. And that stuff ends up just widening the void in so many ways. And so I think this pursuit of happiness is the problem. I have a four-year-old daughter, and she’s constantly pursuing whatever the next stimulus might be, the next bit of pleasure. She’s just acting on impulse. But if we continue that into adulthood, it becomes a kind of tyranny.

Living that way in our consumer culture can be fine in small doses, but eventually it has diminishing returns, and the result is that nothing meaningful happens. I think happiness is a beautiful byproduct of a meaningful life. But it’s not the point. It shouldn’t be the pursuit. We should pursue a meaningful life instead, and know that the rewards often come from a lot of struggle and stress and drudgery and monotony. It’s like the act of writing for me. Half the time I write, I want to put my head through a wall. But the other half is beautiful. It feels so good! So I have to remind myself that the struggle is part of the journey.

RH: But in your work, it seems that relationships and experiences are the commodities you guys encourage your audience to pursue. More so than happiness, right?

MILLBURN: Yeah. Although, I wouldn’t use the word commodity. That has a negative connotation. Whenever we make a relationship or love transactional, it ceases to be what it really is—transcendent. It’s even problematic to talk about love with words, because I could tell you that I love my partner and she’s amazing, but an hour later I might tell you that I love tacos. I certainly don’t mean the same thing by it.

RH: A common issue that therapists encounter in their practice is clients’ experience of loss—loss of relationships, opportunities, dreams, even physical things. The recent fires in California are a good example. I wonder how minimalism relates to that. How does intentionally losing something relate to this type of loss?

MILLBURN: Intentionally is the keyword. This came up after a talk we gave in Philadelphia a few weeks ago. I’d just spoken about how anyone can rent a dumpster, throw all their shit into it, and still be utterly miserable. Getting rid of the stuff isn’t the point of minimalism: it’s just the first step. It’s really about clearing the clutter to make room for what’s truly important, like relationships and experiences.

After the talk, this couple came up and the wife said, “We know the key isn’t about renting a dumpster and throwing your stuff in it, but we were really overzealous and did exactly that.” Apparently, something they threw in the dumpster caught fire, and the dumpster was right next to their house—and their entire house burned down. I thought I sensed anger in the way she was looking at me, like I’d burned her house down. And then she said, “I just want to thank you.” I’d misunderstood the emotion in her eyes. She started tearing up and said, “I think if I hadn’t been embracing letting go, this whole thing would’ve been so much harder for me. But I made sure the kids and the pets were okay, and I didn’t worry about any of the other stuff that we lost.”

Being forced to let go—that’s what you talk about when you talk about loss. Letting go of something intentionally, that’s not loss. It’s often freeing. But maybe, just maybe the loss can also be a different type of freeing. I mean, I wish my mother was still alive and I wish I could share these experiences with her, but I’m also grateful for the pivot in my life that I was able to make after losing her. And so maybe that loss is an opportunity for course correction.

RH: What message can therapists take from your work to help their clients?

MILLBURN: I find there are two types of people. Some require a tragedy for things to change; that was me. But there are other people, with mounting discontent.

The first type of person needs to be shaken into reality. The other might just need some hand-holding along the way. Sometimes it’s a combination of both, I guess. I’m not a trained professional, but I’ve been fortunate enough to help some people along the way. We’re not prescriptive with our message; we’re simply sharing a recipe of what might work. And I think the people who get the most value from it don’t follow our recipe. They just isolate some ingredients and create a recipe that works for them.

This blog is excerpted from "When Less is More," by Ryan Howes. The full version is available in the January/February 2018 issue, Not Your Grandfather's Therapy: Meeting the Needs of Today's Clients.