The Case for Giving Your Client the Reins

Does the Therapist Really Know Best? 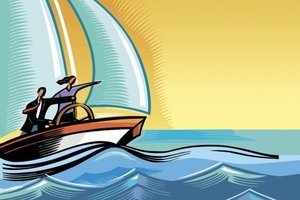 Jess Throndson, an addiction specialist at an Iowa mental health agency, wasn’t feeling optimistic. A past client, John, was back in her office seeking therapy—for the fourth time. Some months back, his wife had begun calling Throndson, telling her John was hitting the bottle again, hard, and wouldn’t stop yelling at her and their five kids. Her husband’s longstanding emotional demons, she confided, had bubbled back up.

Working with John had always been deflating for Throndson. A former Army sergeant, John had a PTSD diagnosis, along with signs of depression and long-term addiction. But he’d been relentlessly buttoned up in therapy. “Everything’s fine,” he’d repeated like a mantra whenever they’d met. “I’ve got it all under control.”

This time, John would be coming into her office sober. He’d just completed a month in residential treatment for alcoholism. But now that he was out, Throndson wasn’t sure the sobriety would stick. She’d learned that he’d gone kicking and screaming into the program after his probation officer had drawn a line in the sand: get therapy, plead your case before a judge, or serve your original three-year prison sentence for bringing a loaded weapon to a county fair.

By now, she’d tried nearly everything in her therapeutic toolbox. She’d utilized the how-to-stay sober protocols she’d been trained in, encouraged him to write down a personal recovery plan he could follow outside their sessions, and advised him to get support from others who’d gotten sober. They’d talked about medication for PTSD and depression. That he was back for the fourth time was all the evidence Throndson needed that a replay of those conventional approaches would be fruitless. She wasn’t sure what, if anything, would help.

Does the Therapist Really Know Best?

What Throndson hadn’t tried yet was a new approach to therapy that’s slowly gaining ground in agencies and private practices around the country, and may shortly become a precondition for behavioral health accreditation and for therapists who work with insurance companies, Medicare, and other powerful institutional players. It’s not about a different protocol, but something larger and more encompassing: a fundamental shift in a therapist’s identity.

Since the earliest days of mental health treatment, when holes were drilled in people’s skulls to cast out evil spirits, the person treating the sufferer has held the upper hand. Just as these protoscientist-healers believed they had enough knowledge to cure the problem, the modern-day therapist remains the assumed expert in the craft of therapy, however gentler the method may be.

Today’s clients, of course, have input, especially in the realm of broad goal-setting: I want to get over my depression, or I want to have a better marriage. But in the unspoken hierarchy of most therapeutic encounters, the therapist is a kind of benevolent guru who directs the process of healing. If a clinician favors a cognitive-behavioral approach, that’s what the client will get. If a therapist believes in the primacy of the body–mind connection, then she might prescribe, among other things, a meditation and yoga practice. And so on.

Of course, these approaches aren’t inherently problematic, and they’re often immensely helpful. What’s different about the emerging meta-approach to therapy is that the client, not the clinician, leads the way in treatment to an unprecedented degree. Clients drop their customary position of mannerly deference and are encouraged to assert specifically what they want—and don’t want—from therapy. Perhaps more harrowing for the therapist, clients are prompted at the start and sometimes at the end of sessions to say, “Here’s how what you’re suggesting is working or not working for me. Here are my ideas about what could help me more.”

In this new therapeutic universe—formally known as feedback-informed therapy (FIT)—clinicians are willing to tumble off of their proverbial pedestal and enter into a more egalitarian relationship with their clients. For some, it engenders a sea change in the therapist’s professional identity, from the acknowledged expert in the room to something approaching an informed colleague. But a growing body of evidence suggests it may pay off handsomely for both clients and clinicians—and for the critical relationship between the two.

Charting a Course Together

It turned out that John had already been exposed to the FIT approach during his recent stint in residential treatment. So this time, when Throndson asked him what he wanted to get out of therapy, he didn’t respond with his customary, “I want to be sober.” Instead, he looked directly at her and said, “I’m not sure I’m ready to do this, but at some point, I think I want to thank my probation officer.”

Throndson was stunned. John wanted to thank the person who kept pushing him to deal with his most painful issues? That was huge. And it could be a sign that he’d contemplated taking other specific actions in therapy. She took a moment—and a breath—to reset her expectations.

“Where’s the gratitude coming from?” she asked gently. John confessed that without his PO’s ultimatum, he wouldn’t have found himself back in treatment. And this time, treatment felt “different.” Getting the space to take the lead in his own therapy gave him new confidence, and he found himself advising other clients in the treatment program about how they might want to pull their own lives together.

Throndson took another breath, and then dove in. “It sounds like you really took on some leadership roles over there.”

A switch flipped. She could see it in his face. Later, she noted, “I think that statement alone completely shifted the way he saw me see him. He knew I was looking at him through a different lens. He’d been so avoidant and had kept things so to himself that I’d never have seen him as a leader, someone who longed to be respected and listened to. But of course he was,” she said. “It was his entire background as a sergeant.”

In subsequent sessions, they started with a detailed check-in. John would sit in front of Throndson’s computer and score how things were going that week: how well he was getting along with others, how satisfied he was with life at home, at work, at social gatherings.

After a few meetings, a graph emerged that they could look at and discuss, further delving into his thoughts on how therapy was working for him. At first, John gave the treatment and his recovery perfect scores, even when Throndson pushed him to be unabashedly honest. After all, he was still facing a probation violation, and the PTSD hadn’t just evaporated. “C’mon, John. From what we talk about in session, it’s pretty clear not everything is this good!” John would grin, “What can I say? I’m just an optimist!”

But Throndson’s FIT training had emphasized the importance of encouraging clients with high scores to feel they could be straight with their therapists. Was everything really so good outside of sessions or was he just trying not to hurt her feelings about therapy? John admitted that things weren’t perfect, and they dug into his wants. They continued to start new sessions this way and spend even more time brainstorming about what could help him. “What’s really on your mind?” she’d prod. “What’s not working right now? How would you like things to change? What would be better?”

During one such talk, John confessed that it was high time he improved things with his wife. She’d put up with so much for so many years, and he was ready to transform his guilt into positivity and appreciation. He and Throndson discussed repairing the relationship with talk, but they also brainstormed actions he could take. In their next session, he told her how he’d scrawled love notes on the kitchen chalkboard every day and snuck little gifts into her drawers. “She went bananas!” he reported.

Throndson and John have cocreated therapy around his new leadership focus, and his fourth time in therapy is leading to big changes. He’s stayed sober and worked hard to better his relationships with everyone in his family. He’s about to be nominated to be a peer facilitator in his treatment group and is looking into a new career in addiction treatment. He’s still in therapy, but the old “everything’s fine” guy from years ago is gone, says Throndson.

“He’s all in. He’ll talk about triggers and craving—whereas before, he supposedly didn’t have any. He’ll talk about his emotional experience and do it in a way that’s clear he trusts his relationship with me. Now I hear about those terrifying raids in the Middle East. He’s seen and done things that many people can’t fathom. But he finally thinks he can share them with me. And he’s accessing the 12 Steps, something he’s never done in the past.”

So far, Throndson and her coworkers may still be specks in the giant landscape of today’s therapy world, but more people are training in this kind of work, both in the United States and Europe, and tens of thousands of clients have experienced it. According to Counseling Today, Scott Miller, cofounder of the International Center for Clinical Excellence and one of the biggest advocates of FIT, has reviewed outcome research that finds incorporating the treatment in counseling programs improves outcomes by as much as 65 percent, and slices drop-out rates in half.

Early results have been powerful enough to get the attention of those who fund and accredit therapy across the country. Insurers like Cigna, and influential policy bodies like the Kennedy Forum, have embraced feedback-and-outcome measures for therapists and are pushing for their adoption. By 2019, therapists who work with Medicare or Medicaid will be required to present therapy-measurement data.

Dan Merlis is a Washington, DC–based therapist who specializes in EMDR and trains lots of younger therapists. Merlis was conscripted into the army as a young man to fight in Vietnam and had a long career working with traumatized vets and prisoners of war before entering private practice. He considers himself an emotional healer (rather than a quick-fix problem solver), which takes time in therapy, and he was heartbroken by the numbers of vets he saw unceremoniously drop out of treatment because, he said, their therapists didn’t understand how to help without pushing them to do things they didn’t want to do.

Merlis feels that at its heart, good therapy has always required a certain amount of openness, transparency, and a tolerance for self-reflection on the part of therapist, particularly if they expect that from their clients. “I share personal stories, and my wife and I have a home office. Clients are regularly coming into our home and seeing how I live. I like that. I think hierarchy can get in the way of healing. Sure, we might be skillful at accessing a client’s strengths and capabilities, but to be safe people for our clients, we have to give them time and space to proceed as they like.”

Ultimately, he says, both young and experienced therapists will benefit from a lively sense of curiosity. He encourages them to worry less about their training in specific methods, and instead to nurture a deepened interest in their clients, their particular wants and needs, and the exquisitely personal ways they might heal.

This blog is excerpted from "Who's Steering the Boat?," by Lauren Dockett. The full version is available in the January/February 2018 issue, Not Your Grandfather's Therapy: Meeting the Needs of Today's Clients.