Couples Therapy with One Partner: Can It Work?

Creating the Beginnings of a "Solution Avalanche" 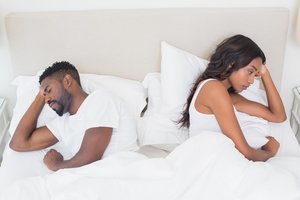 In our first session, Lynn, a sullen looking 27-year-old, had plenty to complain about. Her husband, Jeff, had been extremely critical of late and seemed emotionally distant from both Lynn and their 18-month-old son, Jason. Lynn felt that Jeff spent too much time with friends after work and on the weekends, and when he was home, he constantly picked on her. With little help around the house, no assistance on the parenting front and virtually no affection from Jeff, Lynn felt desperately unhappy, Lynn longed ' for things to be the way they had once been. "We were better friends back then," she recalled. "We spent a lot of time together and it really didn't matter what we were doing, as long as we were together." I asked, "Lynn, when your relationship was more loving, how was Jeff different?" Without hesitation, she replied, "He was thoughtful and very sensitive to my needs. He had a great sense of humor and was lots of fun to be with." "And how were you different, Lynn?" I asked. "I was a much happier person back then, no doubt about it."

"When you were a happier person, how were you different with Jeff?"

Lynn admitted that, because she was so unhappy, she was "crabbier" than she had been in the past. "I guess I used to be a lot nicer to him." She offered a long list of endearing acts of kindness, like putting love notes in Jeff's lunches or calling him at work just to let him know that she was thinking of him. She often used to initiate lovemaking, something she never did anymore. After thinking about the "old Lynn," she wistfully admitted that she liked herself more back then and disliked the angry, resentful person she had become much of the time.

As Lynn described the problems in her marriage, the circular nature of her interactions with Jeff became apparent. Were Lynn's crabbiness and standoffishness a result of Jeff's long absences from home and/or his criticisms of her, or were Jeff's absences and critical tone a result of Lynn's moodiness and withdrawal from him? Knowing that the correct answer was probably "both," I suggested an escape route out of their marital merry-go-round. "Starting tonight, no matter what you're thinking or feeling about Jeff, act like the old Lynn. Do the things you used to do when you liked yourself more, and watch Jeff very closely to see how he responds."

When she returned for our next appointment two weeks later, Lynn was eager to tell me about her experiment with Jeff. Right after our session, he had come home in a grouchy mood and made a critical comment during dinner. But instead of getting angry and defensive, Lynn simply agreed. She said that Jeff actually looked up at her in amazement and that the rest of the meal went without incident. In fact, Jeff discussed a situation at work that had been troubling him, something he hadn't done in months. When Lynn offered her opinion, he seemed unusually receptive. Lynn felt encouraged.

Later that week, Lynn realized that they hadn't spent time alone for months and reminded herself that she used to be a "social coordinator" of sorts in their marriage, and that Jeff seemed to appreciate this quality in her. So, despite the fact that she wasn't completely certain of how things would turn out, she arranged for a babysitter and made dinner reservations at one of Jeff favorite restaurants. Their evening went extremely well and when they got home, they stayed up late talking.

In the days that followed, Jeff seemed more relaxed and less critical of Lynn.

Nevertheless, the time between sessions was not without its rough spots. On a couple of occasions when Jeff made inflammatory comments, Lynn responded in kind and the tension between them escalated. Although Lynn felt discouraged when this happened, she was beginning to understand how her actions during these tension-filled times impacted on Jeff's when she allowed her buttons to get pushed, their unpleasant interactions got even more unpleasant.

She also recognized that no matter what Jeff did or said, no matter how his comments or actions "made her" feel, she was still in control of how she responded. She felt empowered by this realization, and in tense situations asked herself, "What's my goal here? What do I want to have happen?" and then quickly assessed whether what she was about to do would achieve those ends.

I asked Lynn to rate how well things were going in her relationship on a 1 to 10 scale, with 10 being great and 1 being the pits. She replied, "Four weeks ago I would have told you 2. In these last two weeks, I'd have to say 7. Then I asked, "Where on the scale would you need to be to feel satisfied?" She said 8 or 9. So I asked, "What would be one or two things that could happen in your relationship that would bring you up to an 8?" and she said, "He would have to say, 'I love you' again and we'd have to make love." I urged her to keep being the "old Lynn," and take note of Jeff's reactions. We scheduled a third meeting and she left.

Two weeks later a very happy Lynn greeted me at the door. "Well, it happened. We made love and right after we were done, he turned to me and said, 'Lynn, I really love you.' It felt great because he hasn't said that in a long time. I can't believe he's changed so much so quickly." Lynn described quite a few things she had done to maintain the changes and divert unnecessary arguments in the last few weeks. As she spoke, I felt confident that she understood the "magic" behind the "new Jeff." To help her plan for future challenges, I said, "You will undoubtedly hit bumps in the road in the future. If things between you and Jeff start to go downhill, what will you do to get back on track?" With a huge smile on her face Lynn replied, "I'd remember everything we talked about here that I got things on track all by myself the first time, and that I can do that again." Lynn's look of confidence was striking. That was the last I saw of her.

From my perspective, there is nothing remarkable about this case. I helped Lynn figure out what she needed to do differently to spark a change in Jeff and in their relationship, and assumed that a positive change in Jeff would be so reinforcing that it would be the beginning of a solution avalanche. It was Systems Theory 101: "A change in one part of the system leads to changes in other parts of the system." Yet, when I discuss Lynn's case and others like it in the workshops I give on solution-oriented therapy, working with one partner to elicit relationship change isn't as mainstream a practice as I once believed. Many therapists question whether Lynn's reports of change were real. Some worry whether, since Jeff hadn't participated in therapy, the changes will stick. Others argue that the burden for relationship change should not have been left solely on Lynn's shoulders. But the most burning question turns out to be the most basic: "How is it possible to do couples therapy with just one partner?"

This question stems from the fact that many therapists define the type of therapy they practice by taking a head count: if one person is present, they're practicing individual therapy; if two or more people are present, it's couples or family therapy. I believe this is misguided the key to determining which brand of therapy is in use at any given point lies in the therapist's orientation and focus, not the number of people occupying space in the room.

Individual therapy and couples therapy are based on very different premises and require completely different clinical skills. Individual therapists delve into intrapsychic processes. They help clients gain insight into themselves, their family of origin, and how these childhood experiences have impacted on their present behavior, attitudes and feelings. It is the individual therapist's belief that insight is the vehicle for change; that is, once clients understand why they do what they do, they will then be able to change.

Couples/family therapists, on the other hand, are focused on the observable connections between people in the here and now. They're interested in patterns of interaction what people say and do with one another. According to this theoretical orientation, change is brought about not by going inward, but by changing observable interactions among people.

But couples therapy with individuals is based on different premises. Although good communication skills go a long way toward creating healthy relationships, talking things out isn't the only, nor necessarily the best, way to resolve recurring problems. While we are affected by what our partners say to us, we are also greatly affected by what they do. For instance, although Lynn had tried for months to convince Jeff to be more loving toward her, nothing she said ever made a difference. It wasn't until she stopped talking and started changing her actions that Jeff became more responsive.

In the spirit of sharing what's worked for me, I want to encourage the skeptics I've encountered, and those I have not, to do a few things. First of all, stop telling clients, "Unless he/she joins us, therapy won't work" or, "If your husband isn't willing to come in, it means he's not committed to working on your relationship." Some people who are totally committed to their partners wouldn't dream of stepping into a therapist's office.

We clinicians communicate our presuppositions about people and how they change when we do our work. If we begin therapy with a "this is better than nothing" attitude, we undoubtedly broadcast a pessimistic message about the possibilities for change.

Instead, the next time you hear, "My partner won't come in," try viewing the situation as an opportunity rather than a relationship death-sentence. Act as if you expect your work with your client to be successful. The results might be surprising! A change in you might just be a powerful catalyst for change in your clients.

This blog is excerpted from "It Takes One to Tango," by Michele Weiner-Davis. The full version is available in the September/October 1998 issue, The Therapist and Postmodern Healing: Do Ritual Trance and Prayer Make a Difference?

Thank you so much Ms Weiner-Davis! Be a couple i follow you and now we are fully satisfied with you instruction.

Thank you so much Ms Weiner-Davis! I do this all the time and call it "couple's therapy by proxy." I use a script with clients that goes: "You hear we can't change others, just yourself...and there is some truth to that. But, what I've seen work time and time again is, you work on your stuff from a relational perspective, and it usually has a strong positive ripple effect on your partner." Over the years I've had individual clients have such good relational results that their partners wanted to come in and work with me too. Other therapists reading this; it is true. Sometimes I actually get better results within a couple when I only work with one partner! I'd say that the only requirement for efficacy is thoughtfulness and a true, deep underlying drive to do the right thing on behalf of therapist/client. In systems or couples where there is violence, coercion, or toxic/destructive dynamics, this will not work...but then, neither will couple's therapy.