Are We Taking Boundaries Too Seriously?

A Story About Breaking Tradition, and What Happened Afterwards 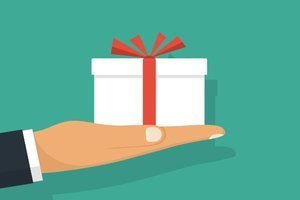 We therapists tend to worry a lot about boundaries, sometimes to the point that we forget that sharing our humanity can be a gift, not a distortion. Most of us have sometime or other been moved to share a personal experience, or quote a famous Zen story or Bible passage or maybe simply laugh or cry with a patient. We're connected and in sync. But when is it okay to go with our impulse and when is it wiser to hold back? And how helpful are all our therapeutic models in helping us decide? I remember sitting in a seminar 20 years ago with Erik Erikson listening to a therapist go into a convoluted analysis of the transference-countertransference dynamics of one of his cases. Finally, Erikson interrupted the theoretical discussion to ask, "Have you ever thought that maybe it's just reality?"

Consider the case of Bill and Maria, a Portuguese American, working-class, Catholic couple in their late fifties with whom I worked for several years. I initially met Maria, who sold cosmetics at a local department store, when she came to our HMO clinic distraught and depressed by the recent and tragic death of her son, who had died at the age of 20 under ambiguous circumstances. (His gun had somehow discharged while he was alone at a hunting cabin.) Maria was grieving terribly, of course, and kept questioning whether the death had been a suicide and what she could have done to prevent the tragedy. This was a natural human response, but Maria added, "I'm always feeling responsible and taking care of everyone. It's just the way I am."

Her husband, Bill, soon came in as well. He was a good guy—a truck driver, outgoing, friendly and a bit gruff in his way. "Doc, don't misunderstand me—Maria and I are both hurting real bad. But this is destroying us. We've got to find a way to go forward."

A couple of weeks later, Maria presented me with a gift—she had recognized a cologne I was wearing, called Lagerfeld, and brought me a large, expensive bottle. It seemed (to me) unnecessary and a bit excessive, and clearly fit her pattern of compulsive caregiving; but when I hesitated to accept it, she looked hurt. Bill insisted ("Come on, Doc"), and I felt uncomfortably ungracious. I finally accepted the gift, thanked them and we continued talking.

I had received occasional presents from other patients, of course—chocolates and homemade cookies at Christmas, or a small "forget-me-not" token of appreciation (such as a favorite book) at the end of a therapy. The gift from Maria seemed somehow different. Several times, she offered to bring me more cologne, and while she seemed okay with my "Thanks, but no thanks," I noticed that I would usually wear the cologne on the days when Bill and Maria were scheduled to come in.

I could almost hear the clucking disapproval of my internalized psychoanalytically-oriented colleagues ("Acting out!" "Countertransference!"). As I struggled to sort out my feelings, I found myself thinking about the cultural anthropology of gifts, of reciprocity and exchange and potlatch, as well as Kahlil Gilbran's lines from The Prophet about the grace of giving and receiving. I also recalled an old supervisor's discussing with me his once declining an expensive gift (a Mercedes automobile) from a very rich client. The patient had argued that the cost was inconsequential, given his wealth, but my supervisor had declined, he said, ultimately because the cost would have not been inconsequential to him—accepting it would have made him feel too obligated.

Over time, Bill and Maria consulted me about a variety of problems, some having to do with their grief, some with their marriage, some with dealing with other family relationships. The death of their oldest son was sometimes in the foreground, while at other times it receded, yet, still casting a long shadow. Life moved forward, slowly.

After many months, during a session, Bill and Maria told me about an uncanny experience. They had finally gone for a little vacation to Las Vegas, their first time away together since their son's death. It had been a good experience, but what had really gripped them was something that happened on their last night there. They were in a lounge and they both saw a young man who looked startlingly like their son. They knew it was not, but the resemblance was amazing. He was at a nearby table with some friends, laughing. Bill and Maria were mesmerized—they could not stop looking at him and, eventually, they even called over the waiter and sent an anonymous bottle of champagne to the table to keep the young party there so that they could watch longer. From their poignant description in my office, the experience had been magical and wonderfully bittersweet.

A year or more later, as our meetings continued, Bill and Maria came to see me in the midst of a very rough patch. They had gone through another anniversary of their son's death and were not getting along. Bill was having problems at work and Maria had been reaching out to a daughter who lived out of state and was distressed when her many phone messages went unanswered. They bickered and argued, Maria complaining that Bill wasn't really sympathetic, and Bill complaining that he felt neglected. "Of course, I care," he said, "but I'm getting awful tired." Their marriage appeared to be in trouble, but near the end of the hour, Bill mentioned that they were going out to dinner the next night, to the local Black Angus Restaurant, for their wedding anniversary.

After they left my office, I had an urge. It was not so much that I had to think of it—it was suddenly there, and felt right. I sat for a few minutes, musing, then smiled as I thought of my old mentor, Carl Whitaker, who had often encouraged me to listen to my heart and trust my instincts.
I saw my next patient, then got ready to leave. I picked up the telephone, called Information and got

the address of the Black Angus. I drove over and explained to the maitre d' that some friends of mine were coming to dinner the next night and that I wanted to leave a present for them. I paid for a bottle of champagne and wrote out a brief note to accompany it: "Happy Anniversary! Love, Dr. Lagerfeld."

On the way home, I knew I had just done something unusual. I rushed into the house and told my wife about it: the couple, the kid in Las Vegas, the champagne, Dr. Lagerfeld and the cologne. "What will this do to the therapy? Should I call the restaurant and cancel my order? Will it make it so they can't express anger toward me? Am I invading their privacy?" I was very nervous. My wife looked at me and then said, "Honey, that's probably the nicest thing you've ever done!"

I did not call the restaurant.

A week went by. The following Thursday, Bill and Maria arrived for their appointment. We sat down in my office. I looked at them—first Maria, then Bill. Suddenly, Bill smiled. "Doc, I got to tell you, I don't usually let myself get too emotional, but what you did last week made me want to cry. Nobody's ever done anything like that for us. At first, when the waiter came to the table with the champagne, I thought it must be a mistake. Maria and I really enjoyed it, and I sat there and every time I looked at that champagne bottle and at Maria, I thought about how much we've been through and how much I love her. I don't know what else to say. Just, I really want to thank you."

This did not resolve all their problems, of course, and the work went on. I'd like to think my gesture—and the abiding feeling it signified—may have helped them weather the storm. Was it countertransference? Transference? Reality? Love? Maybe it was just me—and them.

This blog is excerpted from "Love, Dr. Lagerfield," by Michael Hoyt. The full version is available in the May/June 2001 issue, New Hope for the "Borderline" Client.